Can hoverships transmit messages to Zion from broadcast level?

I remembered the following quote from The Matrix after answering the recent question about hacking into the Matrix from Zion:

Dozer: No, another ship.

I found a cutscene from the video game Enter the Matrix in which Niobe orders the emergency message from the Osiris transmitted to Zion:

Drop down to Zion broadcast. I want this data transmitted immediately. Emergency encryption.

Niobe had just escaped from the Matrix with the emergency message moments before, so her hovership was at (Matrix) broadcast level at the time. The fact that her hovership had to drop down to "Zion broadcast" proves that hoverships cannot transmit messages to Zion from (Matrix) broadcast level. Matrix broadcast level is above Zion broadcast level, so it is impossible for hoverships to broadcast/hack into the Matrix and transmit messages to Zion simultaneously. This also explains why the Osiris had to use an emergency drop in the Matrix to warn Zion about the machine army (although it's also possible that interference from the attacking machine army would have prevented the Osiris from transmitting even if it had been in range of Zion).

Here's a captioned screenshot from a Youtube video of the cutscenes in Enter the Matrix with the relevant quote: 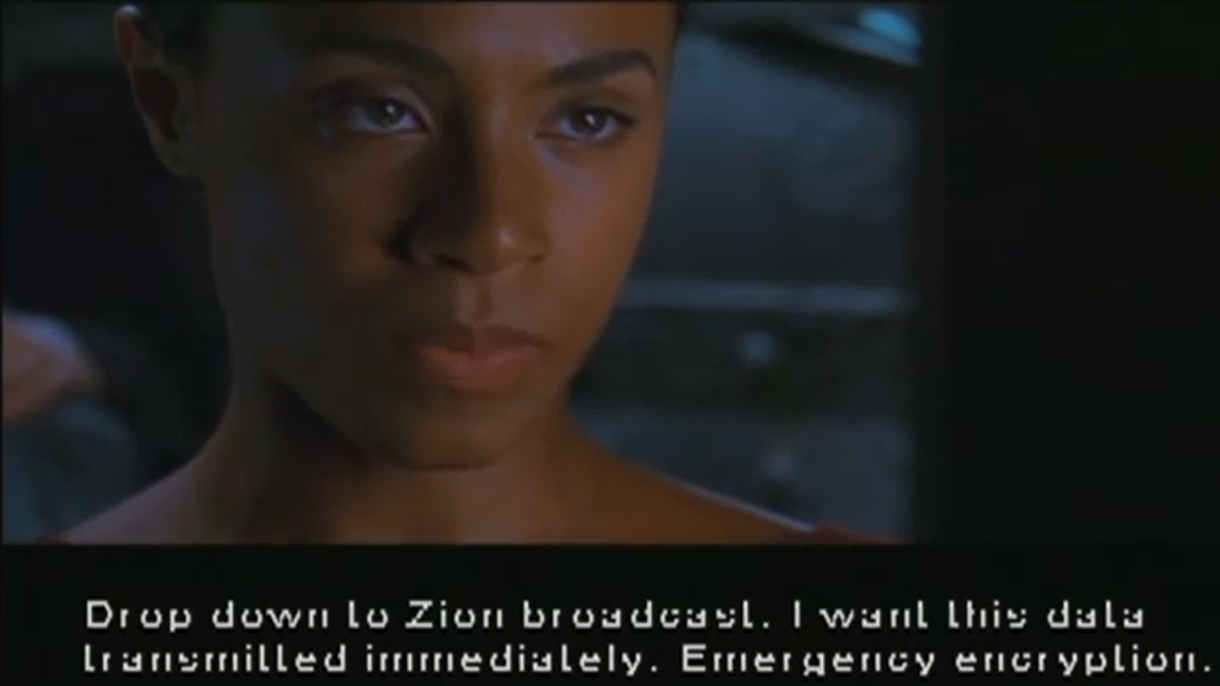 The relevant cutscene begins at about 12:47, and the screenshot is taken from 14:02.

27
Why not enter the Matrix from Zion?
22
Why does Morpheus carry in his brain the access codes to Zion mainframe?
13
Why does Zion not change or disable the mainframe codes after Morpheus is captured?

33
Can the people freed from the Matrix use their learned abilities in the real world?
19
How can humans on the machine-infested Earth breathe without oxygen masks outside of Zion?
5
What's the point of running from Agents when you can push anything to The Matrix?
27
Why not enter the Matrix from Zion?
4
How many hoverships did Zion have?
9
Can I choose my own name in Zion?
0
Except Tank and Dozer, was anyone from Morpheus' crew in Zion before Mr. Anderson joined them?