Where was Tony Stark born?

I have just learned that Tony Stark was born on Long Island, but I haven't been able to find any information about where on Long Island he was born.

Long Island is, as the name suggests, fairly long (over a hundred miles long, and about 20 to 30 miles wide). Roughly 7.6 million people live there, although about half of them live in Brooklyn and Queens, which are geographically part of LI, but politically part of New York City.

As a native Long Islander myself, I am certain that Stark was born in either Suffolk or Nassau county, rather than Brooklyn or Queens. If they meant Queens or Brooklyn, they would have either named them specifically, or simply said "New York City". People who actually live in NYC are quite vocal about the difference between NYC and LI, and although Long Islanders like to say that we're from "New York", we know full well that we're fudging the details when we do so (our greatest fear is to try the "I'm from New York" trick on someone, only to find out that the other person is really from NYC). The point is this: while it might seem to outsiders that "Tony Stark was born on Long Island" could mean he's from NYC or Nassau/Suffolk, anyone who is from the area knows that it can only be the latter.

Is there any information about what town, or at least what county, Tony Stark was born in?

Bonus question: Tony's parents were killed on Long Island as well - do we know where it happened?

According to his personnel file from the recent Avengers film, Tony was born in Manhattan, New York, not Long Island. 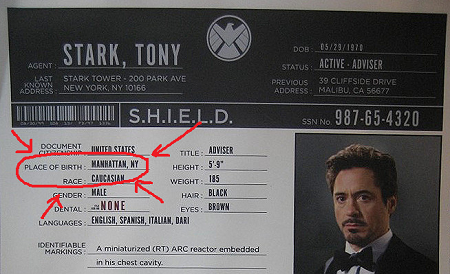 His family certainly maintained extensive holdings on the shores of Long Island Sound. I see no good reason why someone with a "Multi-Billion Dollar Estate" would go to a public hospital to have a baby.

It has since been revealed that Tony was...

secretly adopted and that his birthplace was in a hospital near Sofia, Bulgaria. 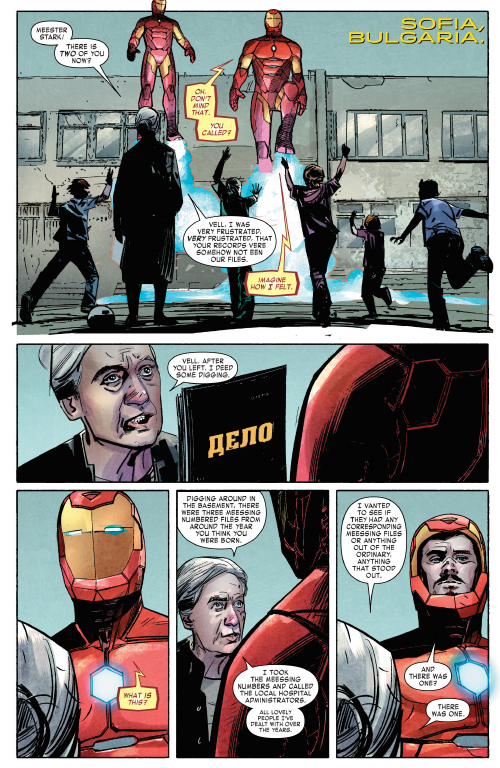 Not the answer you're looking for? Browse other questions tagged marvel marvel-cinematic-universe iron-man or ask your own question.

10
Can someone explain the scene where Tony Stark first meets Brandt?
26
Why have Tony Stark killed?
26
What was SHIELD doing during the Battle of New York?
64
Is Tony Stark an atheist?
13
How do the Avengers communicate?
14
What authority does Tony Stark have to claim back the shield of Captain America?
8
Why didn't S.H.I.E.L.D. help Tony Stark in Iron Man?
29
What was Tony Stark doing in India?
59
Why does Tony Stark not like being handed things?