In the "Death and Return of Superman" storyline, Doomsday kills Superman and the four other versions of Superman appear. Two of the new Supermen tell Lois that they are the original Superman and support their claims by telling her some of their "memories" as Clark Kent.

However, it is later revealed that a fifth Superman was the original one. He is able to convince Lois of his identity by referencing the story "To Kill a Mockingbird".

Apparently, this was Clark's favorite book and the only other person who knew that was Lois. Does anyone know the comic where Clark originally tells Lois that this is his favorite book? 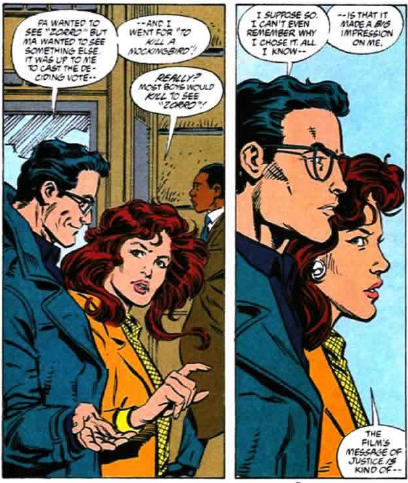 82
What makes the world so oblivious to Clark Kent's secret?
17
Does Lois Lane Know Who Superman Is (In Any Versions or Reboots)?
58
Where was the first appearance of the idea that Batman is the real personality and Bruce is the mask?
0
Are Superman's costume changes scientifically possible (manipulating Atoms)?
2
Did Clark's (Kal El's) glasses increase the power of his heat vision?
4
Are Clark Kent's glasses prescription, or just for show?
6
How can keeping one's secret identity from a friend or beloved actually help protecting her or him?
8
Has Superman ever willingly revealed his identity to Lex Luthor?
5
Is the Smallville universe seen in the CW “Crisis” crossover an alternate reality from the Smallville universe we know?