Is the ending of Minority Report halo-induced?

In Steven Spielberg's Minority Report (2002), John Anderton is fitted with a device called a "halo". The device puts him into a perpetual sleep state as punishment for pre-murder. 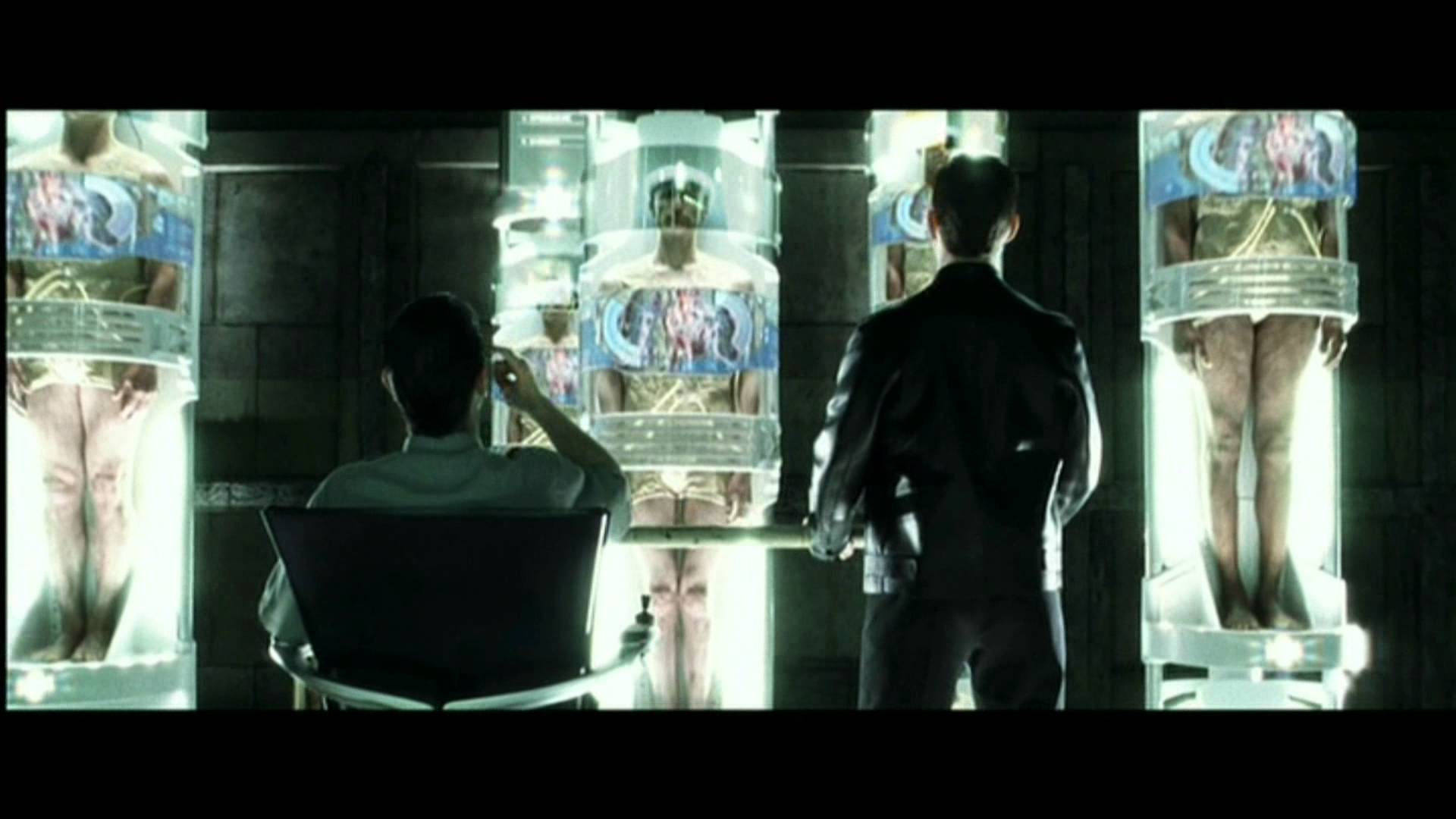 Before Anderton is put to sleep, the halo technician tells him:

It's actually kind of a rush. They say you have visions. That your life flashes before your eyes. That all your dreams come true.

This leads me to wonder whether everything past the point at which Anderton is halo'ed is real or not. Given that everything more or less works out for Anderton in the end —

he is free from the sleep prison, he has been cleared of pre-murder, the Pre-Crime Project has been dismantled, the precogs are liberated, and he even gets his estranged wife back

— I wonder if what we see is just a "dream come true" experienced by Anderton in his perpetual sleep.

Are there any clues in the film to suggest that, post-halo, the film's events are a dream? On the other hand, is there evidence that what we see is not a dream?

Of course, definitive statements from the creative team behind the film are also welcome.

There is no right answer that we know of. Below I present some evidence both for and against the ending being halo-induced; both arguments have pretty good evidence in support of them. Although there has recently been a new series set 10 years after the movie, we still don't know whether or not it is halo-induced (see Edit 2). After doing this research, my opinion is that the ending was halo-induced, however this is more of a gut feeling than anything else!

This is actually discussed on the Wikipedia article for the film (emphasis mine):

The most commonly criticized element of the film is its ending (Source 1, Source 2). The film has a more traditional "happy ending" which contradicts the tone of the rest of the picture. This has led to speculation that this ending is the product of John's imagination, caused by hallucinations from his forced coma after he is incarcerated. As one observer mused, "The conclusion of Minority Report strikes me as a joke Spielberg played on his detractors—an act of perfectly measured deviltry." (Source 3)

One critic theorized, "...[r]ather than end this Brazil-ian sci-fi dystopia with the equivalent of that film's shot of its lobotomized hero, which puts the lie to the immediately previous scene of his imagined liberation, Spielberg tries to pass off the exact same ending but without the rimshot, just to see if the audience is paying attention." (Source 3) Film scholars Nigel Morris and Jason P. Vest point to a line in the film as possible evidence of this. After Anderton is captured, Gideon tells him that, "It's actually kind of a rush. They say you have visions. That your life flashes before your eyes. That all your dreams come true." (Source 4) While Vest considers the blissful dream ending a possibility, he questions why Anderton did not imagine his son as having returned. (Source 5)

However, as pointed out by Praxis in chat, this article explains the tricycle scene:

Re-watch the scene where Anderton pulls up to Lara's house after she phones Lamar. Sean's tricycle is very deliberately sitting on the front lawn as if he'd just finished riding it, threw it over, and went running down the lane. Six years after he was kidnapped.

Just to make the point a bit more obvious; why would Sean be riding a tricycle still six years after he was kidnapped?

I had previously written above the following:

This scene (the tricycle scene), for me at least, confirms that Anderton is dreaming. So this scene implies that in Anderton's view, his son has returned and hasn't aged since he last saw him - Anderton probably is dreaming.

Yet, as pointed out in Lèse majesté's comment below, the tricycle is left more as a shrine - it is rusted with weeds growing around it. This suggests that in fact Anderton's son wasn't recently riding the tricycle, just to add more confusion!

This then casts doubt over the tricycle scene - if it was a shrine it could possibly mean that Anderton is dreaming, his son has returned and the shrine is serving as a shrine for when his son went missing but possibly a reminder of the happy ending. Alternatively, it could be reality and that shrine is a testament to Sean's memory. Sorry to leave this as a maybe yes/maybe no answer but it seems like Spielberg intentionally made this one for the audience to make their own mind up about!

10 years after the end of Precrime in Washington DC one of the three PreCogs attempts to lead on a normal life while still suffering from visions of the future. Will they be able to hold it together or mentally breakdown and give up?

Now, again there is no definitive answer, but it offers us three options:

So, even with this new source, we're no closer to knowing. I am still of the opinion that the ending is halo-induced, but as I say above, this is more of a gut feeling than anything that has solid evidence to support it; both interpretations are equally valid unless further evidence is offered by this new series!

I never felt that from watching the movie, and one thing that can confirm that is the new Minority Report series: that show continues the movie's story and now we can know for sure that everything that the movie depicted was true from start to finish.

This was also dicussed on another forum whereby the consensus was also: maybe, maybe not.

Some of the main points someone mentioned in support of the dream-ending were (the following are quoted):

However, it was also argued that the points mentioned were so subtle that it it was merely a coincidence that they could lead to a dream-like ending.

It's clear Spielberg wants us to consider it could be a dream. But if the ending is a dream, then we have to accept two premises: 1) Laura, after being told by John that he was set up, is content to allow John to remain haloed and not follow up and investigate Lamar, and 2) PreCrime is still operating with Lamar in control and the precogs back in the tank, and therefore Agatha is content to let Lamar get away with murdering her Mother. It doesn't seem likely Lara and Agatha would let things stay status quo.

Not the answer you're looking for? Browse other questions tagged minority-report fan-theory or ask your own question.

28
Minority Report - How was PreCrime supposed to go national?
12
Why didn't the precogs see Anderton/Burgess' alternate futures in the movie?
8
How Long Did the Monolith Remain on Earth?
6
In Minority Report, how did they use the Pre-Cogs to frame someone?
21
Why was it necessary to frame the main character in Minority Report?
9
Was there a Minority Report for John Anderton?
7
Do the Pre-cogs detect suicides?
48
What did the black monoliths do in 2001: A Space Odyssey?
4
What is the future currency design in the “Minority Report” tv series?