Why model Smaug after a cat?

In the 1977 animated film version of the Hobbit, the dragon Smaug is drawn similar to a cat- the shape of his head is distinctly feline (complete with whiskers), and his posture when awoken from his rest by Bilbo is reminiscent of a housecat coming out of a nap- does this not seem an odd choice to depict a dragon?

The appearance of Smaug in the 1977 Rankin-Bass adaptation of The Hobbit was the result of artistic license and the nationality of the animators. The animation team was from Japan, and they depicted Smaug as a sort of hybrid of western dragons and Japanese dragons. However, Tolkien does make at least one reference to catlike traits when describing Smaug.

[Smaug's snoring was] "like the noise of a large pot galloping in the fire, mixed with the rumble of a gigantic tom-cat purring"
- The Hobbit, Inside Information 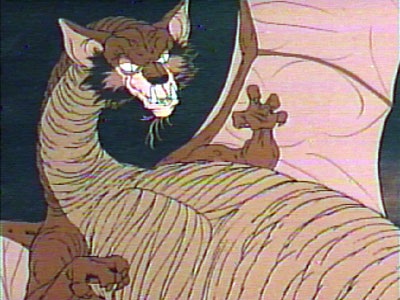 Smaug as depicted in the 1971 animated film The Hobbit

Tolkien Gateway describes this version of Smaug as follows:

In this version, Smaug is broadly similar in size and colour but his shape is less elongated due to being more weighty. Smaug's face is rounder, possessing more mammalian traits - resembling a mix between a cat and a bat - having bat-like ears and fur around the face and down the back.

Furthermore, even in Tolkien's description, Smaug carries himself in much the same way a cat would: he is proud, independent, aloof, and inscrutable. The way he stretches after waking up is not, however, a uniquely feline quality - my own dog, a yellow lab, does exactly the same thing upon waking up in the morning. 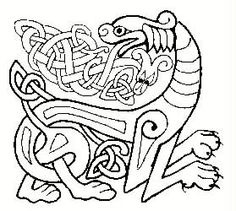 Traditional Celtic depiction of a dragon (or is it a lion?)

In the medieval illuminated manuscript known as The Book of Kells, the dragons and lions are almost indistinguishable from each other (presumably because the artists, who lived in Ireland their whole lives, had never seen a dragon - or any other kind of reptile - or a lion): 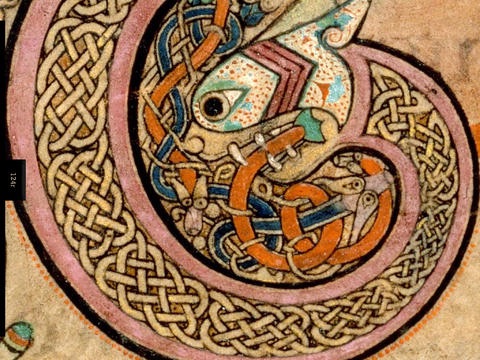 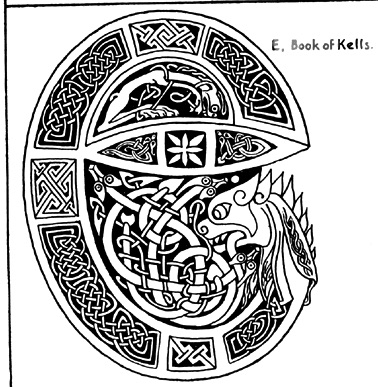 Dragons in The Book of Kells 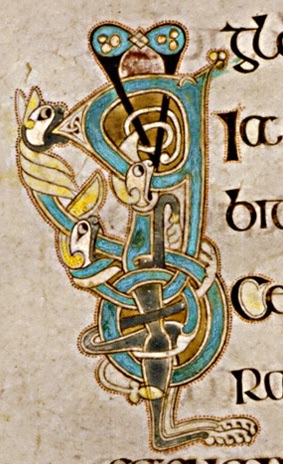 Lions in The Book of Kells

I finally found the answer. I just stumbled across this blurb in a review of the recently released DVD of the Rankin-Bass Hobbit movie:

The adaptation is mated to beautiful artwork in both the painted backgrounds, a hybrid of Tolkien’s illustrations and the paintings of Arthur Rackham; and in the animation, which was the first of many collaborations between Rankin-Bass and the Japanese animation studio Topcraft (which would eventually evolve into Studio Ghibli). At the time, the character design and animation drew some criticism, since it was so radically different from conventional American animation. Today, of course, anime has penetrated American animation to such a degree, both as an import and as a stylistic influence, that The Hobbit now seems ahead of its time.

The best designs are easily those for Gollum and Smaug, both of whom are singularly captivating and exude entirely different kinds of menace to Bilbo and his companions.

This gives us a crucial bit of information: the animation team was Japanese. What do Japanese dragons look like? Like this: 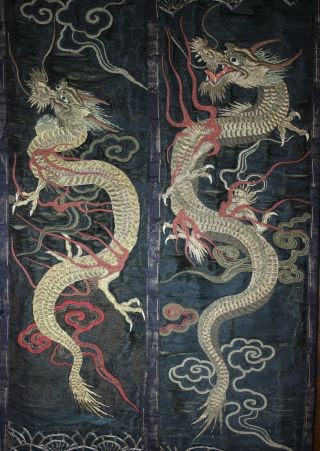 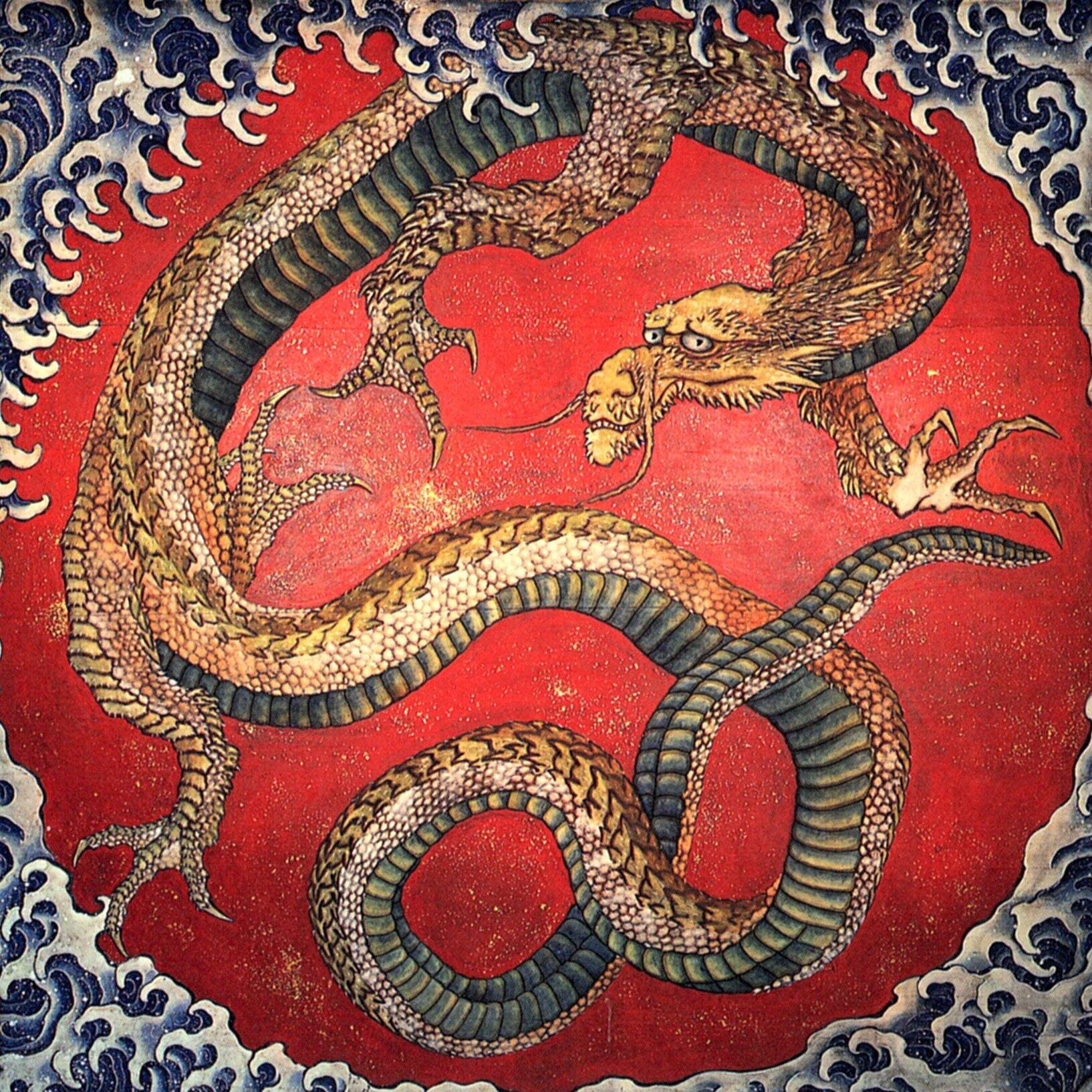 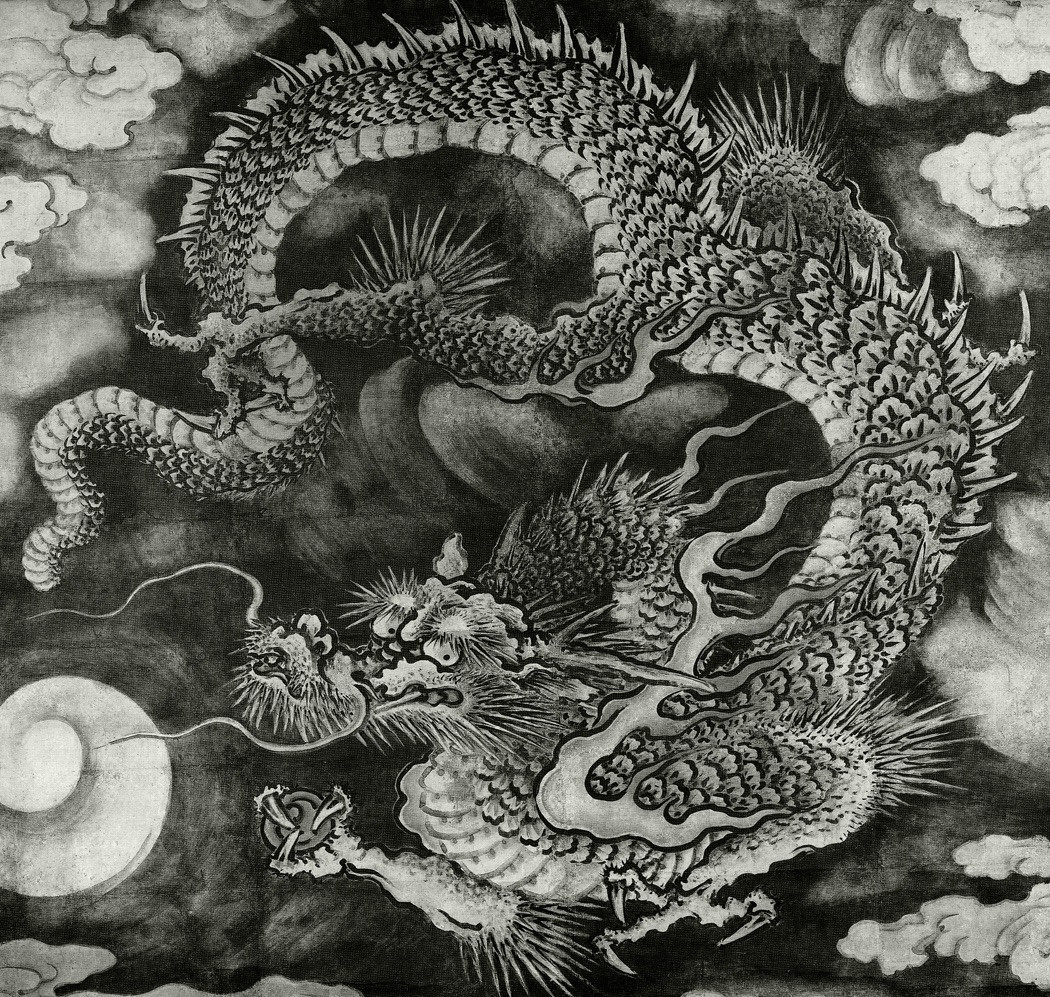 Note the fur around the face, and in some cases, running down the dragon's back. Very similar to Smaug's appearance in this concept art from the movie, although the artists clearly modernized and "cartoonified" him a great deal: 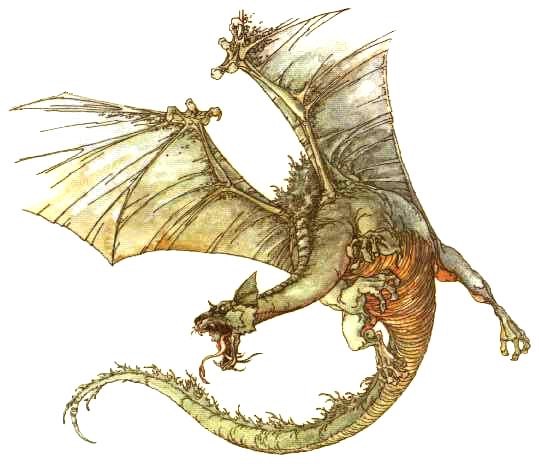 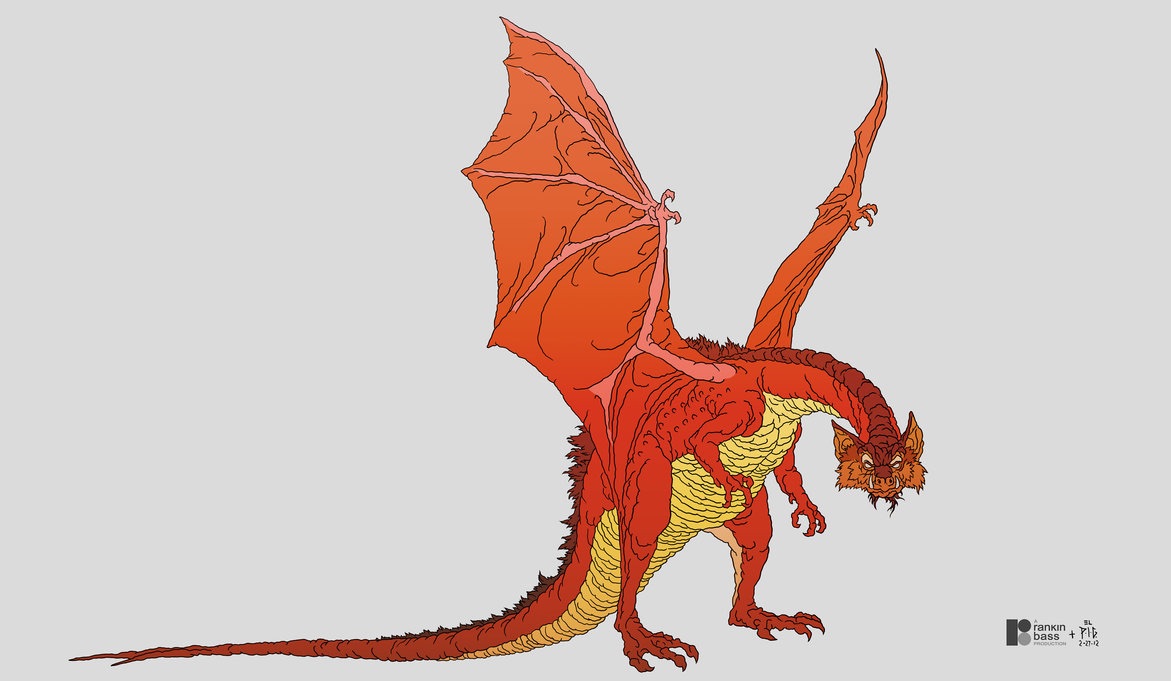 Another dragon drawn by the animators at Studio Topcraft/Studio Ghibli is relatively similar to Smaug, further implying that this is simply the way they draw dragons. 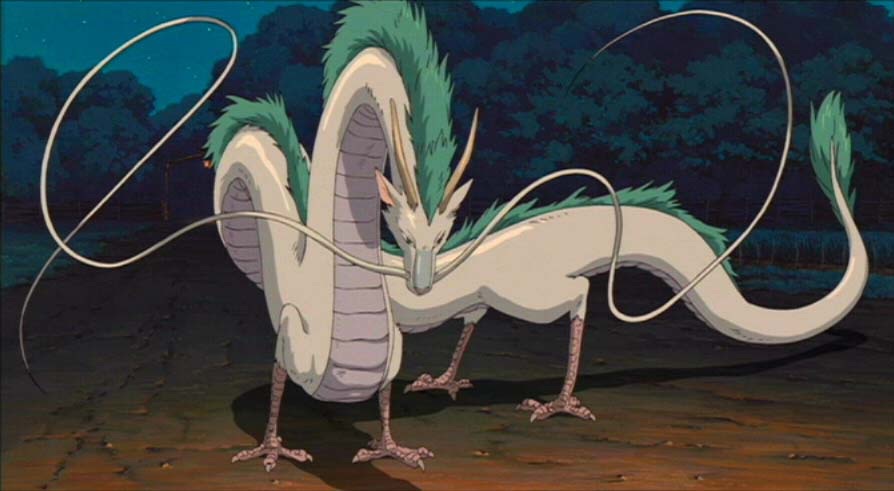 Although dragons are typically conceived as being purely reptilian in western culture (i.e., all scales, no fur) the idea that dragons have at least some fur is a common motif in Asian cultures: 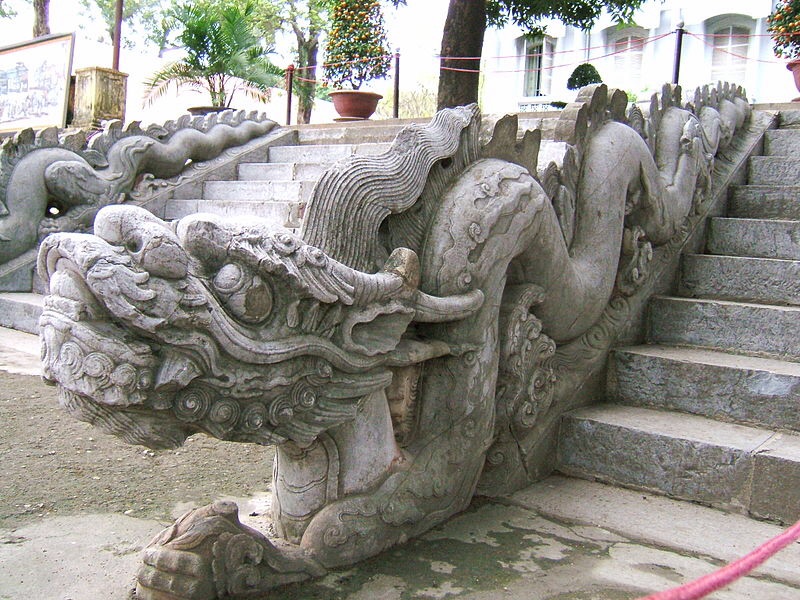 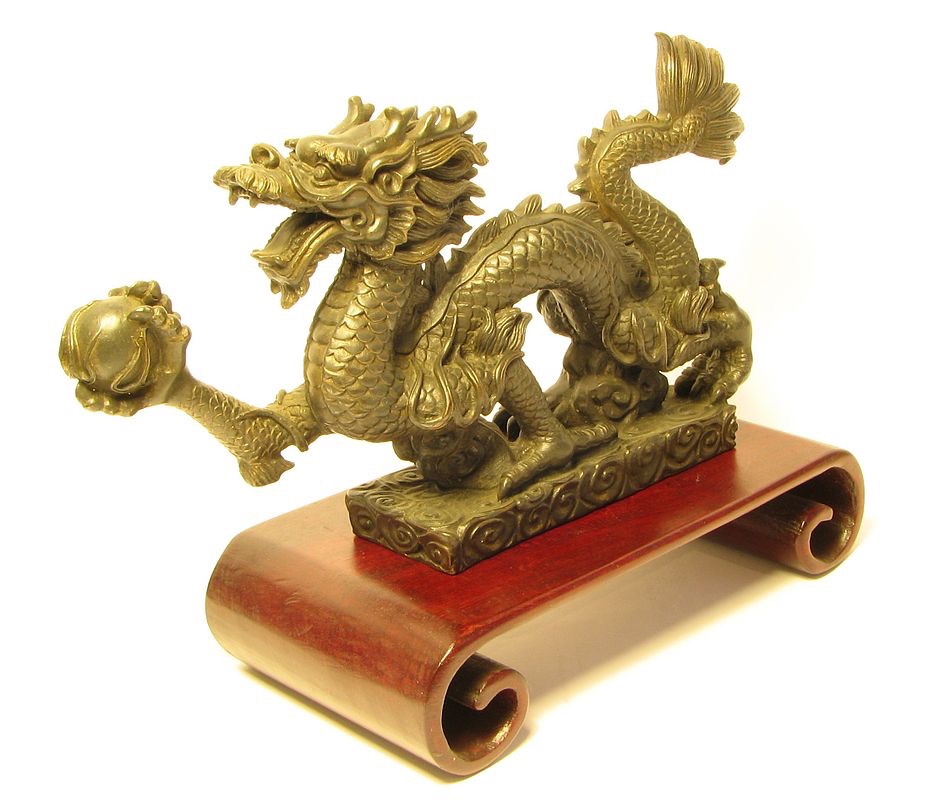 The Chinese dragon appears to have had a significant influence on the Japanese dragon. The Han Dynasty (206 BCE - 220 CE) scholar Wang Fu wrote, of traditional Chinese dragon imagery:

The people paint the dragon's shape with a horse's head and a snake's tail. Further, there are expressions as 'three joints' and 'nine resemblances' (of the dragon), to wit: from head to shoulder, from shoulder to breast, from breast to tail. These are the joints; as to the nine resemblances, they are the following: his antlers resemble those of a stag, his head that of a camel, his eyes those of a demon, his neck that of a snake, his belly that of a clam (shen, 蜃), his scales those of a carp, his claws those of an eagle, his soles those of a tiger, his ears those of a cow. Upon his head he has a thing like a broad eminence (a big lump), called [chimu] (尺木). If a dragon has no [chimu], he cannot ascend to the sky.

So the answer appears to be that he probably wasn't modeled on a cat*, he was modeled on traditional Japanese dragons, which have fur.

*In a fairly exhaustive attempt to find an answer to this question, I didn't come across so much as a single reference to cats from anyone associated with the film. The one clear reference I did find was in a discussion about Smaug as depicted in various adaptations, from the Tolkien Gateway entry quoted above; it is mere opinion, however, and is written by someone who just happens to have seen the movie, rather than someone involved in producing it. As far as I was able to determine, no evidence of a deliberate resemblance between Smaug and cats exists.

The Tolkien fan site "Periannath" offers this amusing take on the Rankin-Bass version of Smaug, which is worth sharing here, as it is at least somewhat relevant: 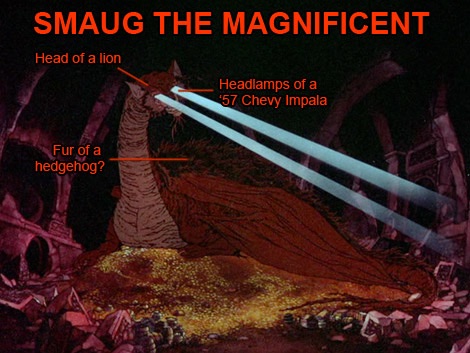 I do not have any direct source for this, only common sense.

You see, the truth is that the Rankin Bass version of Smaug looks a lot more like a tiger than a house cat. Those who assume the influence of Eastern dragons on a Japanese animation team are far from wrong, however, back in 1977 there were not big piles of pictures to be found on every corner of the internet of what a dragon looks like.

Smaug, a dragon never properly physically described except being “tremendous in size,” left a rather open task for the animators. Similarly to their not knowing quite what a goblin or an elf or a troll should look like, the animators were rather creative, and would appear to have compiled a PREDATOR. Bearing the head and features of a cat (a big one, that is), as well as its personality, the creature had as well to be somewhat or a lizard. Hence the long neck and tail, while still having a stout body and furry seams.

Those comparing Smaug simply to a cross between an eastern and western dragon would be entirely missing the fact that neither of these fully accounts for the way that Smaug looks or behaves. I would like to note that the Rankin Bass animators were actually far more accurate than the crew of the more recent Hobbit, as they added things such as the pillars of light searching out of Smaug’s eyes and his innate fatness. 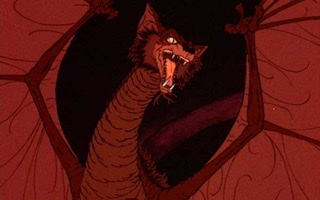 The extended version of The Hobbit: The Desolation of Smaug, which also includes special features, has clips that were specifically about the creation of Smaug in the film where they also did say that cats have unpredictable temperament, so I'm guessing it's not just in the cartoon version they based it on. It also did apply in the film (although it was mentioned briefly).

Not the answer you're looking for? Browse other questions tagged tolkiens-legendarium movie the-hobbit smaug or ask your own question.

17
What happened to the carcass of Smaug after the events of The Hobbit?
37
Is “Smaug” pronounced “Smog”?
10
How much gold did Smaug possess in his hoard?
30
How did Smaug transport all of his gold and jewels?
16
Is Smaug a reptile?
2
Was Smaug awake when Bilbo entered Erebor?
12
Was Smaug sealed inside the Lonely Mountain?
25
What was Thorin's plan if Bilbo hadn't woken up Smaug?
5
Why was Smaug able to take over Erebor with such ease?