Is Chappie meant to be a prequel to Elysium?

When I watched Elysium, I could not help thinking that the droids: 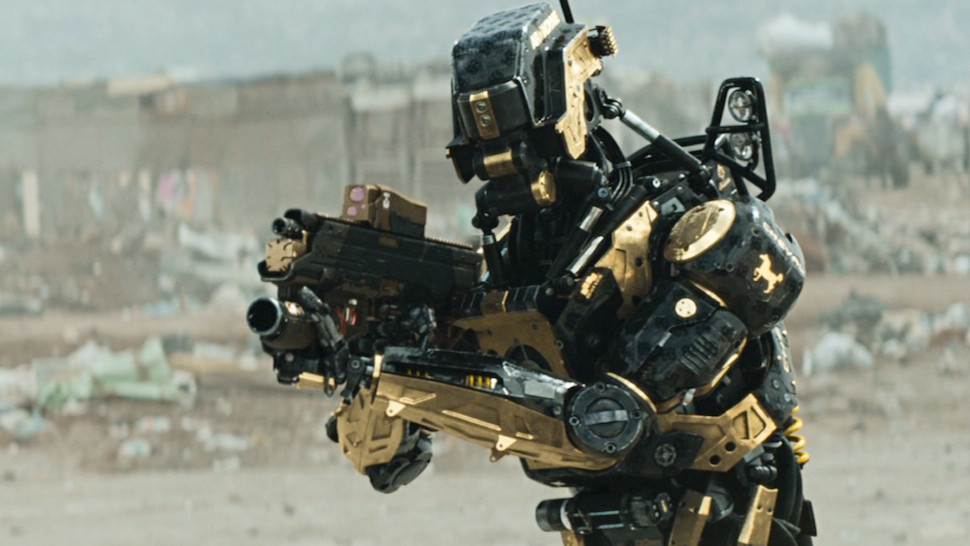 bore more than a passing resemblance to Chappie:

I'm wondering if that is a coincidence or, since they have the same director, if it is intended in-universe? Do Chappie and Elysium (and possibly District 91) occur in the same universe? Are they meant to be related?

1 Like Chappie, Elysium and District 9 both feature strong South African characters and occur in a similar dystopian future.

In short, no, Chappie and Elysium (and District 9) are not set in the same universe, confirmed by this interview, in which when asked "But there's not a shared universe?", he replied "Definitely not".

It is worth pointing out that in 2004, Blomkamp released a short film called Tetra Vaal which contains a very similar looking robot design. It is likely that he simply liked the design of that robot so much that he went on to use it in both Elysium and Chappie.

Admittedly the robot design is slightly different in Elysium, but this is most likely due to the fact that Syd Mead (who helped design parts of Aliens and Blade Runner) was involved with the design process of Elysium.

Not the answer you're looking for? Browse other questions tagged elysium district-9 chappie or ask your own question.