It's certainly possible that these were the same covers used for C-3PO, with the absent part replaced by one from another droid. This would explain why the gold paint put on by PadmĂ© wears off at a different rate, leaving one leg silver. 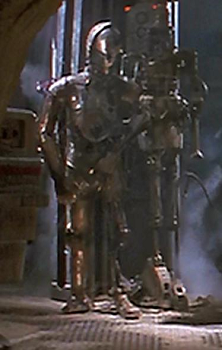 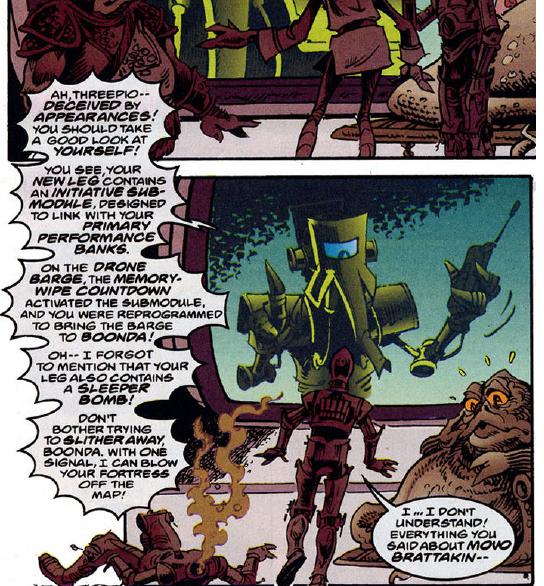 25
Is C-3PO's half silver leg in the original movie or was it one of the digital alterations?
1
Does C-3PO golden shell consist of his original parts?

25
Is C-3PO's half silver leg in the original movie or was it one of the digital alterations?
47
Why doesn't Darth Vader recognize C-3PO?
6
Is there a version of A New Hope with most/all the deleted scenes edited in?
3
Why doesn't C-3PO recognize his own home planet?
29
Why does C-3PO have a red arm in â€śThe Force Awakens?â€ť
55
Why did C-3PO not have a red arm at the end of The Force Awakens?
8
Why was C-3PO shot and not captured?
5
Does C-3PO have color vision?
1
Does C-3PO golden shell consist of his original parts?