I recall that Jim Kirk and Spock and the original Star Trek crew were sent on a three year mission to explore new worlds using the new warp technology, as if they were the first ones.

But the Jonathan Archer crew also used warp drive to explore far into space earlier in time. I know that crewman Daniels messed with Archer's timeline so many times that it is not clear that there is any unmolested timeline.

But were Kirk and the original Star Trek crew later in the same timeline that Archer was in?

Yes, Kirk must know about Archer, and it is NOT implied in The Original Series that Kirk is the first to explore deep space with warp technology.

Indeed, the episode "Balance of Terror" reveals that United Earth had once fought a protracted war with the Romulan Star Empire decades before the time of TOS, leading to the establishment of a Neutral Zone between their respective domains. The fact that humans could efficiently reach the location that became this Neutral Zone implies that warp technology was available well in advance of TOS. 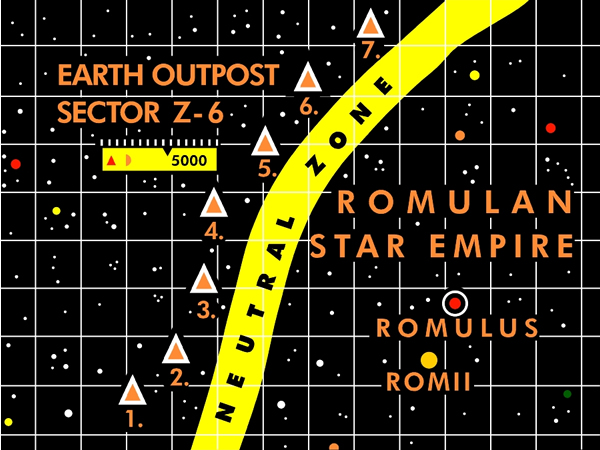 Moreover, in the TOS episode "Metamorphosis" we learn that Zefram Cochrane had invented the warp drive for humanity, and that he had disappeared in the early 22nd Century. He was discovered alive and well by the Enterprise in the mid-23rd Century. This further cements the timeline: the creation of the warp drive predates TOS by over a century.

In other words, the timelines regarding deep-space missions and warp drive were not retconned by Star Trek: Enterprise. While Star Trek as a whole does have some continuity errors, the timeline is remarkably consistent between The Original Series and Enterprise.

Finally, whether people like it or not, Enterprise is canon. In that television series, we discover that Captain Jonathan Archer was directly involved in the establishment of the Federation itself. Archer went on to be the Chief of Staff of Starfleet and, by 2184, the President of the United Federation of Planets.

Therefore, it is virtually impossible for James T. Kirk to not have known a great deal about Jonathan Archer.

In your question there are a few errors so I'd like to correct them first.

Firstly, Star Trek: The Original Series which featured Kirk and Spock, was sent on a five year mission, not a three year mission.

In 2265, the Enterprise was assigned to a five-year mission of deep-space exploration, and command passed to James T. Kirk. The ship's primary goal during this mission was to seek out and contact alien life. Captain Kirk's standing orders also included the investigation of all quasars and quasar-like phenomena.

Secondly, this was not the first five-year mission for the Enterprise, let alone The Federation. Prior to Kirk, the Enterprise had also been commanded by Captain Robert April and Captain Christopher Pike.

Thirdly, the Enterprise did not have what was considered to be 'new' warp technology; the Warp Drive was invented back in the 21st century with it's first warp flight on April 5 2063.

Now, to your actual question about Kirk knowing of Archer. It seems in the original timeline (i.e. The Original Series) there is no reference on either the Memory Beta or Alpha pages about Kirk and Archer being in contact with one another. Presumably, seeing as though Enterprise is set following TOS, Kirk was aware of Archer, but this is not confirmed.

However, in the alternate reality (2009 reboot) we know he does. Consider the following quote from Memory Alpha:

He [Kirk] quickly learned that Scott was wiser than he lead on, after first impressions belied the fact that he had begun to postulate the theory of transwarp beaming while still on active duty (misplacing Admiral Archer's beagle Porthos in the process, earning his isolation to Delta Vega).

As for the prime reality though (the one from TOS) consider the following quote about Archer:

Considered by historian John Gill, as the "greatest explorer of the 22nd century," Archer is widely credited with saving Earth from the Xindi and paving the way for the founding of the United Federation of Planets. He went on to become one of the Federation's earliest presidents. (ENT: "In a Mirror, Darkly, Part II")

Unless Kirk is completely ignorant of Federation, let alone Earth, history, he would know of Archer.

TNG implies that Archer is to the Federation what George Washington is to the United States, or Charles de Gaulle is to the French. For instance, Troi says this the ENT finale These are the Voyages...

TROI: Oh, [Archer will] be fine. I had to memorise this speech in grammar school. You wish you could tell them all that this alliance will give birth to the Federation.

Granted, Kirk was only 100 years removed, while Riker and Troi were about 200 years out, but it still stands to reason that Archer had already passed into legend by the time TOS started. If they're having school children memorize Archer's speech in the 23rd century, it's safe to say he's a big deal.

In the promotion before the pilot of Enterprise, Broken Bow, it was said it was to be commanded by Captain Jonathan Archer, who James Tiberius Kirk idolized in his youth.

When a scientist named Ketteract who's been experimenting with the Omega Molecule goes silent and the same Vulcan T'urell from Archer's era is sighted orbiting the Ketteract research station by Admiral Kirk in the 2290s, he states himself in Shatner's voice that "Turell's past is questionable to say the least, according to Captain Archer's logs". I don't believe this is canon but it's in the storyline of Star Trek Legacy.

In the J.J. reboot Kirk met Archer and knows, likes his dog. The reason Scotty is marooned on Delta Vega is because he used "Admiral Archer's" prize beagle in a transporter experiment. Whoops!

Not the answer you're looking for? Browse other questions tagged star-trek star-trek-tos star-trek-enterprise captain-kirk or ask your own question.

36
Is the "Space, The Final Frontier" quote "in universe"?
15
Were the NX-01 or any other major elements of Enterprise referenced in an earlier series?
19
What benefits did Vulcans get from Humans in the beginning?
21
How old was Porthos when Scotty killed him?
6
Where was Spock when the Enterprise B was launched?
9
Why is the Star Trek 2009 reboot called a reboot?
11
How do we know Kirk was the youngest captain of a starship?
4
Was Crewman Daniels' experience parallel to Archer's?