Has Spider-Man ever wielded Mjolnir?

Spider-Man is known to be brave, honorable, selfless, compassionate, and so on. Based on this, has he ever been deemed worthy to wield Thor's hammer (Mjolnir)? 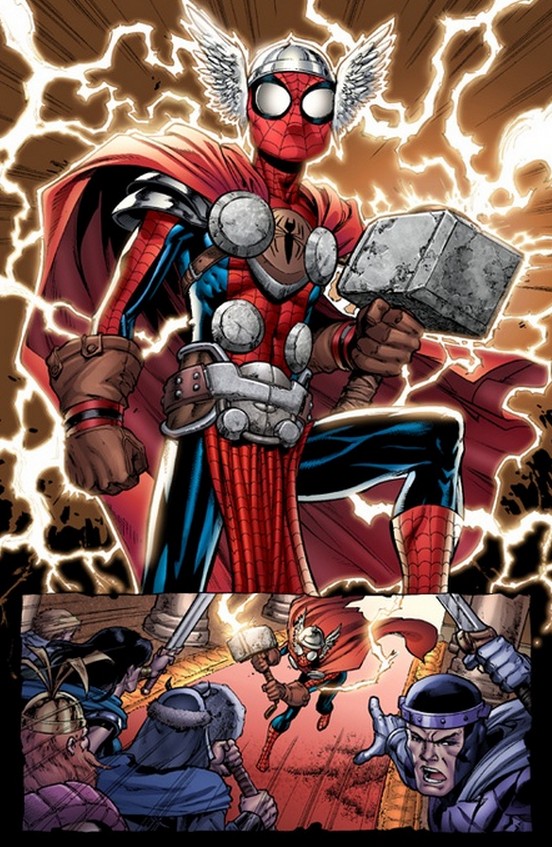 In a non-continuity reference for Marvel Adventures #40 Spider-Man is shown to be able to wield Mjolnir.

Some of the fan buzz regarding the idea of Spider-Man being worthy:

In general, I think we can all agree that to be worthy of Mjolnir you have to have a heroic nature. Self-sacrifice, honour, desire to help others, that is all a part of the package. Describes a lot of heroes though, doesn't it?

Spider-Man is certainly self-sacrificing, arguably even moreso than Thor. He lives by the adage "with great power comes great responsibility", and Mjolnir is obviously a great power. However, Spider-Man is more motivated by guilt than a purely altruistic nature, and I think that is what takes him out of the running to lift the hammer.

REF: Does Whatever a Comics Blog Can

A non-continuity version of Spider-Man, Spider-Man 2099 - Earth #928 (Miguel O'Hara) was deemed worthy enough to lift Mjolnir but never used the hammer relinquishing it to a Thor-empowered Steve Rogers.

They successfully located Steve Rogers, in suspended animation again since the downfall of the Heroic Age. Having also located Mjolnir, Miguel worked with the Thor-empowered Captain America to restore order and prosperity to the world. When the Watcher alerted Earth's heroes to the Interdict barrier blocking them from the stars, Miguel and the others traveled out to destroy the barrier. The barrier fell with the sacrifice of Uatu, but Cap was sent hurtling through space with no hope of recovery. As his last act, he threw Mjolnir back towards his allies, and Miguel was surprised when he caught it.

Although he was worthy to lift Mjolnir, Miguel did not transform while wielding its power. He eventually realized that meant he was to become a different kind of warrior and leader. Still, Miguel often used the hammer to solve arguments, offering anyone who disagreed with his leadership or plans for the future to lift the hammer if they thought they could.

This is a pic of Spider-Man wielding Thor's hammer so I sure this answer the if he can hold it or wield it. 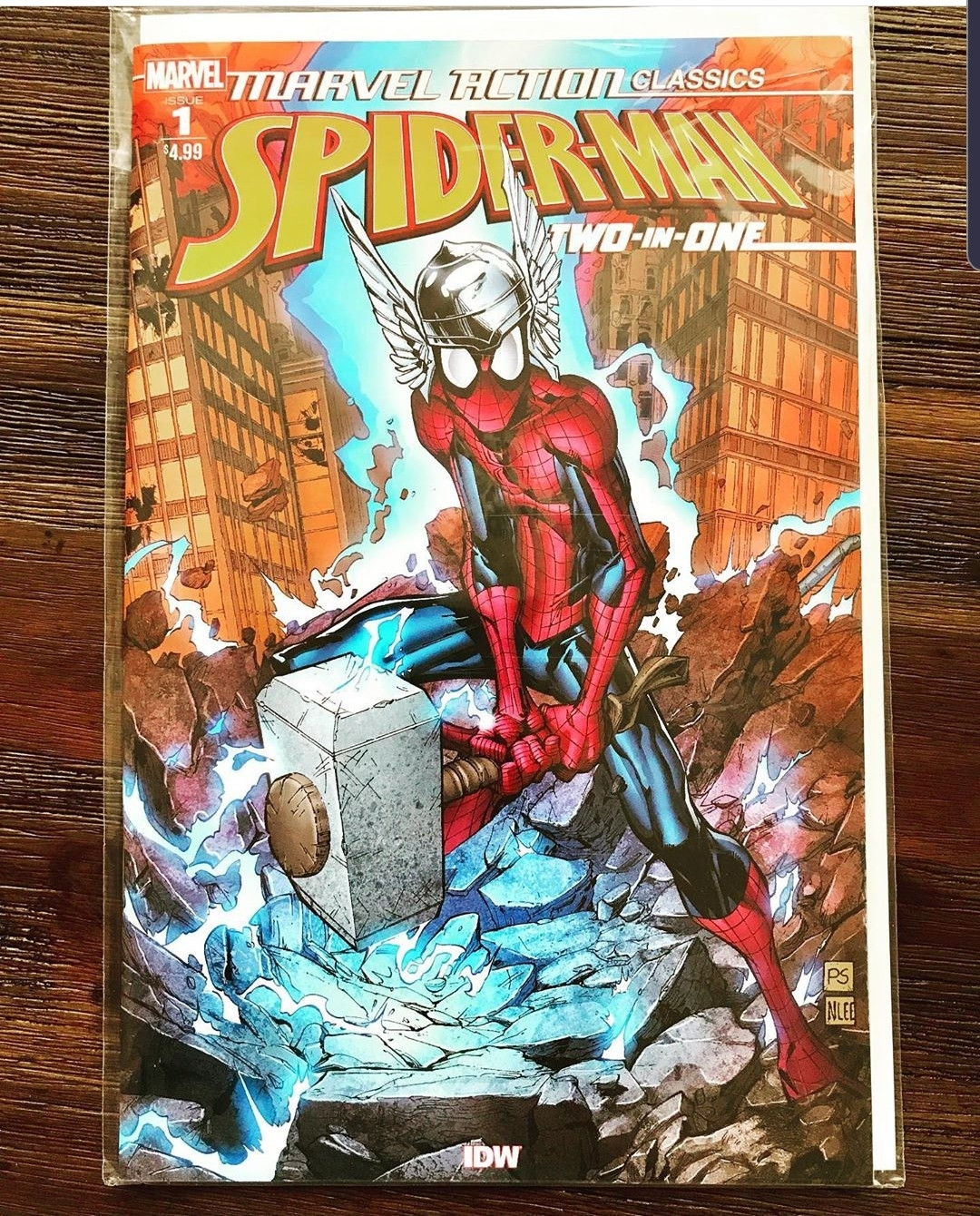 There are no criteria to wield Mjolnir. "Worthiness" is required, but that has never been properly defined. Really just to make sure that nobody can lift it unless it is required by plot convenience. So can Spider Man wield it? Nobody knows.

Not the answer you're looking for? Browse other questions tagged spider-man marvel mjolnir or ask your own question.

53
How does Mjolnir determine 'worth'?
54
Can Thor's hammer be wielded by anyone in outer space?
17
Does being worthy negate the weight of Mjolnir?
16
Canonically, can Mjölnir be lifted by brute strength?
7
Has Galactus ever been depicted attempting to lift Mjolnir?
91
Why isn't Captain America worthy of Mjolnir?
6
You can't wield Mjolnir unless you're worthy, but has anyone ever stopped Thor from wielding it?
10
If Thor does not hold Mjolnir, but he is worthy, does he possess the power of Thor?