Why is Hank Pym so obsessed with ants?

The Ant-Man suit relies on physics that have nothing to do with ants. It can make its wearer arbitrarily large or small, down to the quantum level. The whole ant analogy thing seems arbitrary. In fact, his wife called herself "The Wasp". ... But yet Hank developed skills for controlling ants. Why did he fixate on ants?

Note that I am not asking why ants are great. that would be a different question, and one could argue that any specific type of organism is great.

Why does 'Hank Pym' in particular fixate on ants?

Shortly after discovering his shrinking particles (in his first outing in 1962's "Tales to Astonish #27", he accidentally exposed himself to an overdose of Pym particles and shrank to the size of an ant. After being attacked by various insects and facing various micro-sized trials he was rescued by a friendly ant, developing a lifelong love for the little critters. 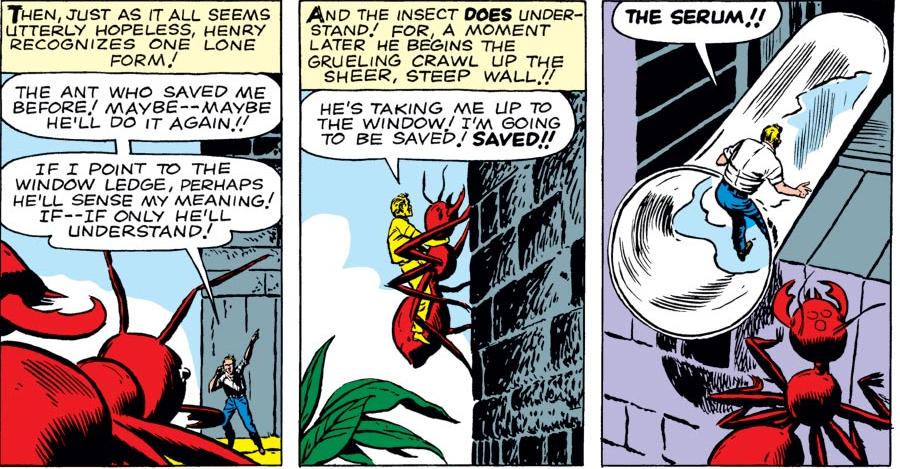 In Tales To Astonish 35, we see the fruits of his labour; 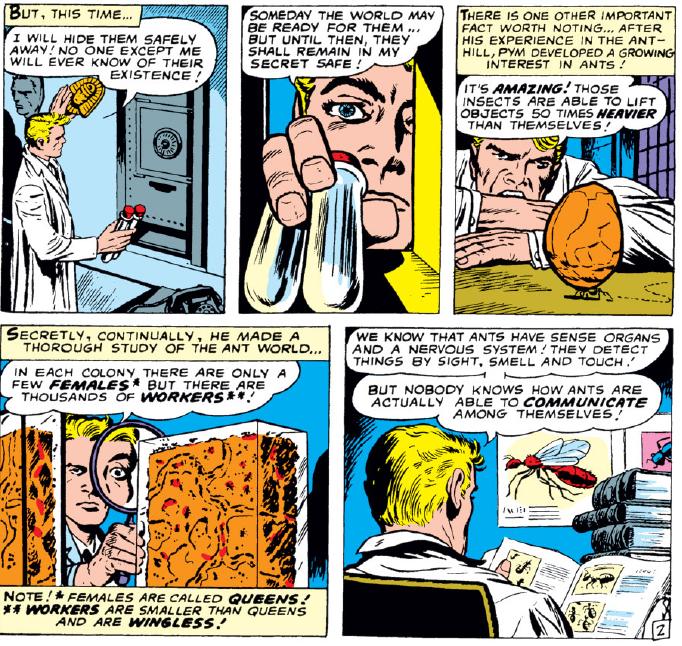 Not the answer you're looking for? Browse other questions tagged marvel marvel-cinematic-universe ant-man or ask your own question.

18
How can Ant-Man ride Anthony?

10
What did the suit do to Hank Pym?
31
How did Ant Man breathe when he shrank down to sub-atomic level?
2
How does Hank Pym simultaneously control multiple armies of ants with different jobs?
7
In the film, can Hank Pym/Ant-Man only control ants who have been outfitted with his receivers?
1
How did Hank Pym get out of the ocean?
3
What is the technology that Hank Pym created to do this?
18
Why was Scott Lang chosen as Ant-Man over Hank Pym and Eric O'Grady
7
Why are Hope and Janet's surname's van Dyne and not Pym?
4
Why didn't Hank Pym carry Scott Lang in his 'tank' key chain?