What sci-fi book had earth conquered by turtle-like aliens?

All I remember is that the conquest had already happened, and there was a girl who acted acted an intermediary. She might have been a slave. Not sure. I'm pretty sure the cover was done by Michael Whelan.

Unless turtle aliens conquer the world more often than I thought, it is almost certainly The Singers of Time, by Frederik Pohl and Jack Williamson. The cover artist is indeed Michael Whelan.

A race of turtle-like creatures conquers Earth, imposing a gentler set of values on humankind, outlawing destructive technology, and denying the validity of human scientific theories. When their home planet disappears into a black hole, however, the aliens' only hope for the future hinges on the possibility that humanity's flawed sciences might contain a glimmer of truth. Two veteran sf authors combine their strengths to produce a novel that both explains and explores the "mysteries" of modern science. For most sf collections. Copyright 1991 Reed Business Information, Inc.

The idea is a good one, even if it does have a somewhat timeworn feel to it. Aliens have taken over Earth, enslaving us with kindness; humans have reacted like primitive cultures that eagerly subsume themselves in the "higher" culture that gives them such marvelous goodies. But some humans remember the moral dimensions of life; some, too, remember the almost-lost sciences that once allowed us to inch our way starward, instead of taking giant leaps on someone else's shoulders.

Bad enough that we buy the aliens' half-truth that the 'taurs', a species of semi-intelligent slaves, really don't mind being slaughtered for food. What's worse is that we use their system of plug-in "learning" in which we essentially allow our bodies to be taken over by temporary mental implants, so that we do perfect work -- but have no memory of doing it or understanding of what it was we did. Yet when the crisis comes -- when the alien mother planet disappears -- they must turn to the few humans who remember how to think and learn in order to solve their problem and bring their race back from the brink of destruction.

Earth has long since been dominated by the aliens humans call Turtles, for that is what they resemble: turtles who shamble about on their hind legs, who talk in tones unreachable by humans, and who have completely remade the planet. They call themselves the Brotherhood. This name is literally true: they are all descended from a single female, the Mother to their entire race. She is an object of veneration, much as a queen bee would be if bees were intelligent.

The Turtles have also brought to Earth the Taurs; bull-like but placidly intelligent, they perform menial tasks. Also, they have replaced earthly cattle. Encouraged by the Turtles, most everyone on Earth eats Taur steaks.2 But Moon Bunderan has raised her Taur, Thrayl, from a baby and thinks of it as a friend. So when the time approaches that Thrayl is to be slaughtered, she runs away from her New Mexico ranch home, taking Thrayl along. They end up aboard Francis Krake's waveship, with two Turtles, bound for the Turtle home world on a mysterious mission tied to some great catastrophe of which only Turtles and Taurs seem to be aware. 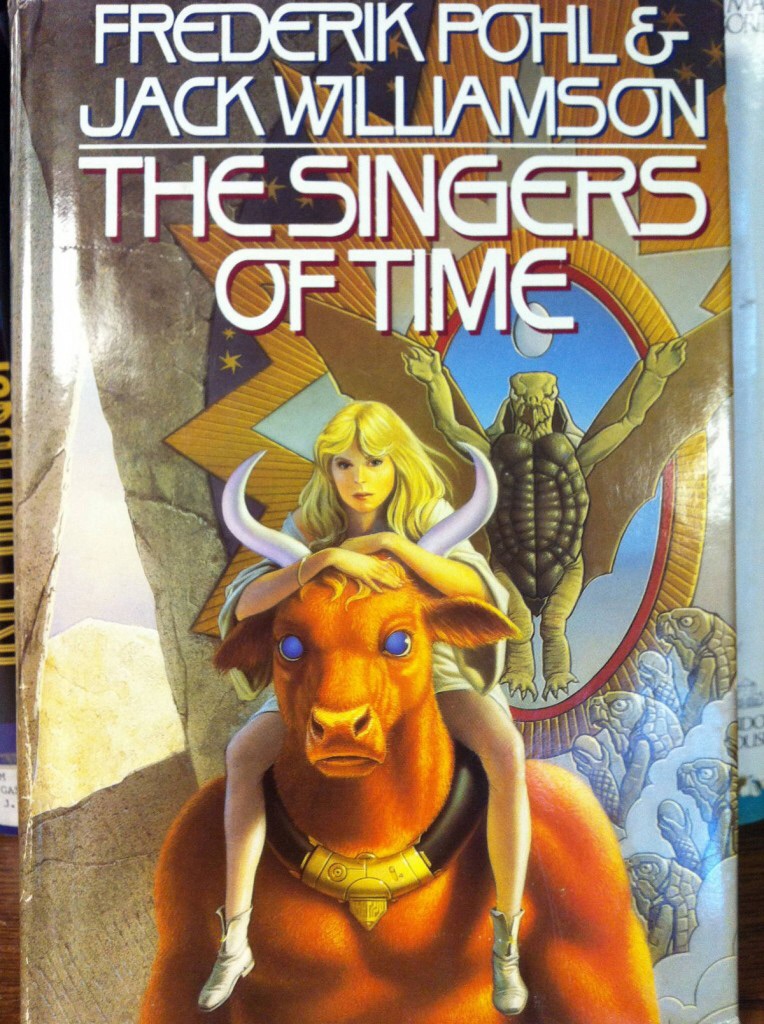 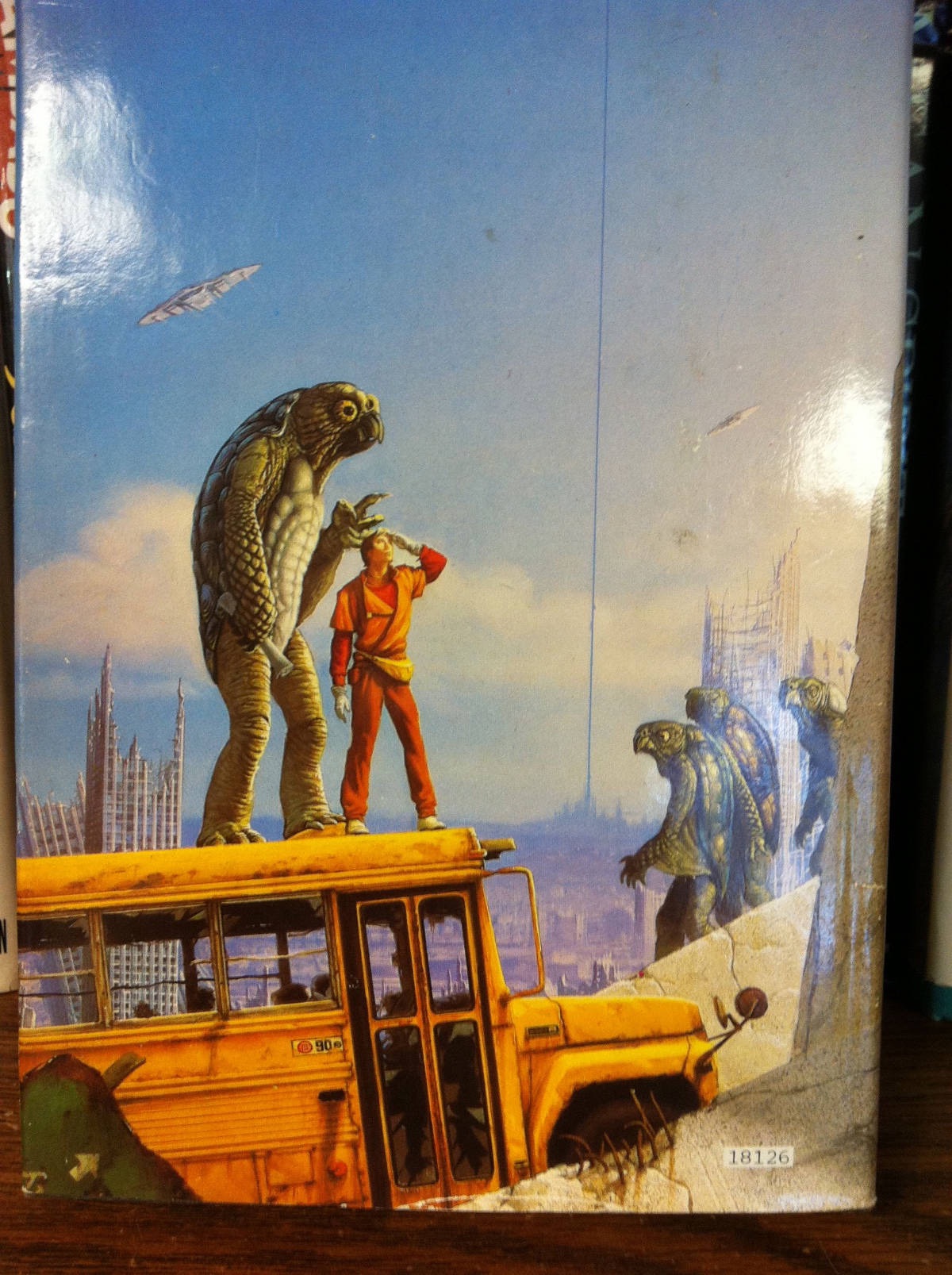 14
What Sci-Fi book (1987 or older) had Aliens conquer earth and made Humans their slaves?
10
SF book from the 80's or 90's about a Space Cop who is made into a slave with a pain/pleasure implant?
4
What book had a Japanese title, a futuristic samurai head on the cover, and spelled America “Amerika”?
6
Book series with a cover of a girl with unusual eyes, who receives a crystal ball
8
Sci-Fi Book involving Aliens with Halos
8
Help with a book, title something like Shattered or Fractured?
8
70s (or earlier) pulp Sci Fi book with a Conan-type character and enemies shaped like asparagus
7
Book about a girl who can shapeshift into various forms, like hyena and squirrel