Who are the two yellow mares in the season 5 poster?

At the middle of season 5 of My Little Pony: Friendship is Magic, Hasbro has released a partly censored S5 cast poster. The poster shows most of the cast of the season, with many characters hidden by a blue overlay. You can see this image here (please comment if you know a higher resolution version) and some description about it here. It seems that all characters that don't appear in the first 13 episodes are covered by blue overlays, but some additional characters are covered as well. Nevertheless, we have identified some potential spoilers (that I won't list here) from even the outlines of the covered characters.

Here is a cropped and partly obscured part of that image, showing two yellow mares:

Who are these two yellow mares?

With some help, I have identified all ponies visible (not covered by the overlay) on the image other than these two.

Below is a modified version of the poster. Identifications will refer to those labels, though they should be understandable without. 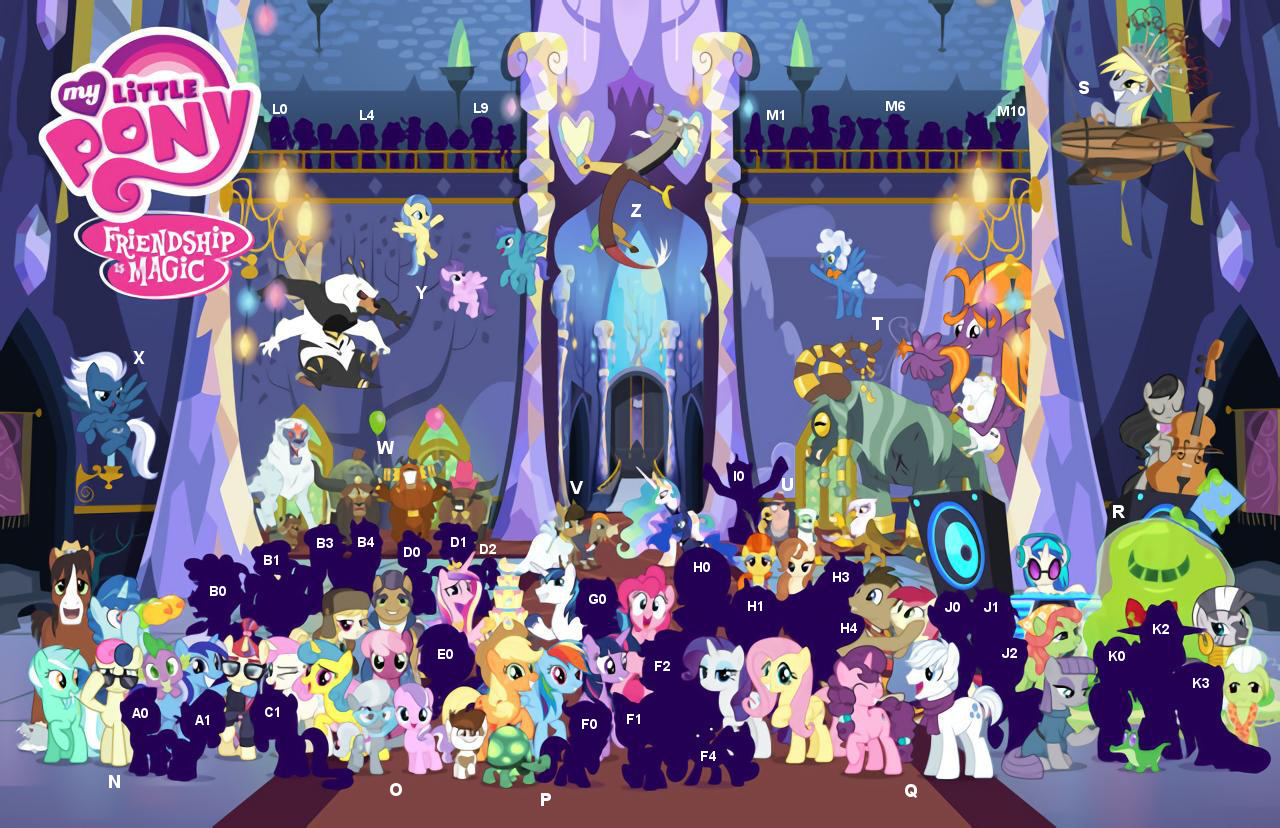 All of these are characters that appear somewhere in S5 E1 to E13, which gives us reason to believe that the two yellow mares are such ponies as well. The two mares may or may not be connected to each other.

Update much later: by the end of the season, the community (but mostly Kinrah) has identified all the obscure characters too, so I'd better list them here for reference.

As I feared, there is a reason if nopony managed to identify those two characters from just the first half of season 5.

When the poster was released, all the community assumed that since some of the character were obscured/blackened out that would mean that the visible characters were ponies that already appeared in season 5 (episodes 1-13), while the other ones would appear in the future episodes (episodes 14-26). While this assumption is mostly true, it doesn't take in account one thing: once again, Hasbro's marketing seem to have made an error.

The two UMP (Unidentified Mare Pony) are in fact two characters that have appeared in episode 15 "Rarity Investigates": no wonder no one identified them back then!

These screencaps show them as they appear in that episode. 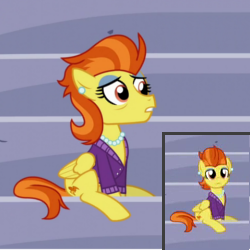 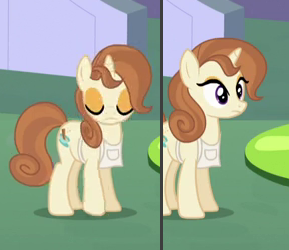 Not the answer you're looking for? Browse other questions tagged character-identification my-little-pony my-little-pony-fim or ask your own question.

9
Who is the green bearded painter unicorn in S6 E4 “On Your Marks”?

30
Pony ages in My Little Pony: Friendship Is Magic
4
What does the Mirror Pool actually duplicate?
5
Was the ponies' knowledge of Night Mare Moon retconned in “Luna Eclipsed”?
2
Is there a superhero who has notably super-strong teeth?
4
Why does Princess Twilight Sparkle's castle lack guards and other servants?
9
Who is the green bearded painter unicorn in S6 E4 “On Your Marks”?
45
Who are these feminists?
0
Is “A Bird in the Hoof” a reference to “Harry Potter and the Chamber of Secrets?”