What equipment do the Thunderbirds carry?

Each member of the team wears the iconic Thunderbirds sash as part of their uniform. Here's Scott: 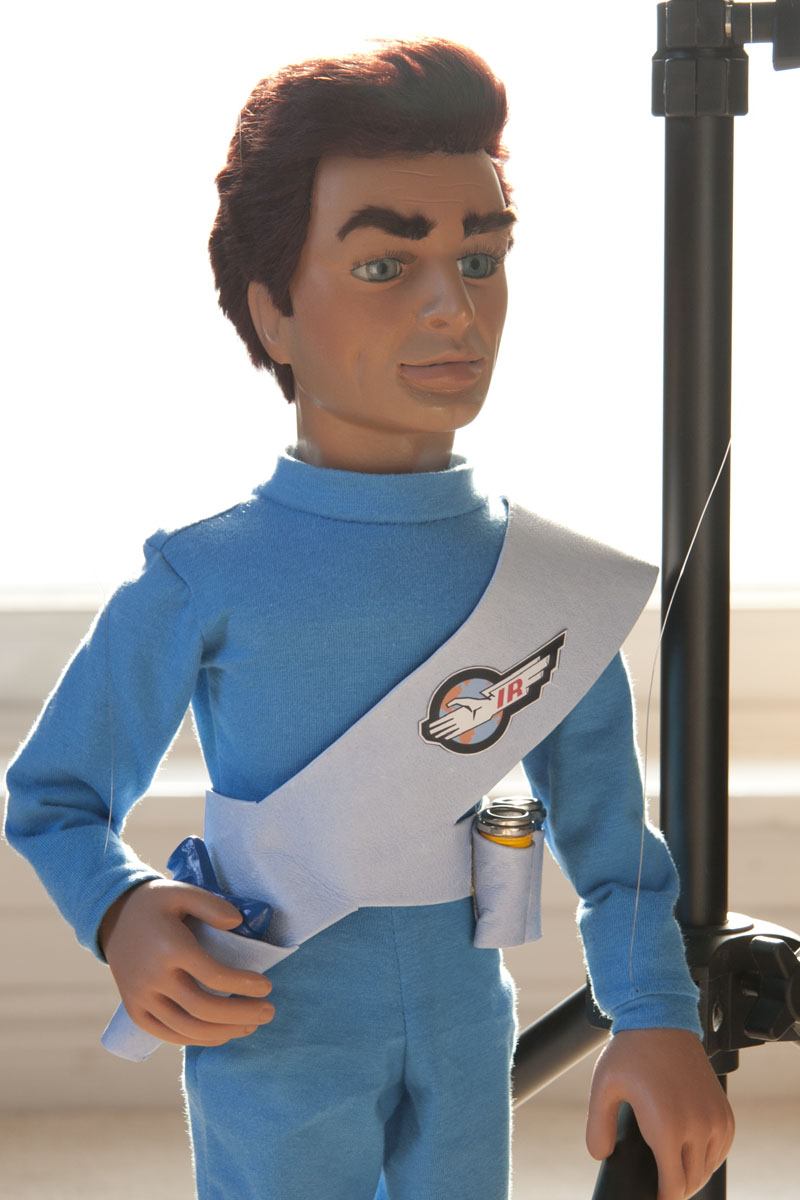 He's carrying a pistol (after watching The Uninvited I'm sure it's a weapon) but is there any information on what the yellow and blue "tubes" are on their left hips?

Not canon, but I've seen them repeatedly described as spare barrels for the gun; interchangeable with different kinds of ammunition;

On the Thunderbirds IR uniforms they had the sash and belt that held a sidearm and two tube thingys (One yellow, one blue) Does anyone know what these tubes were for? I think one might be a radio/microphone (of the silver cylinder on a handle type) as Scott always seemed to produce one from somewhere (like in "The Uninvited"). Des anyone know for sure?

The books refer to different colored interchangeable barrels for their guns. One was stun gas, one was needle darts, one was explosive shells.

If you look at this image, they've got the same ribbing as the barrel of the gun, as well as clearly not being tubular (but rather the same shape/size as the red gun barrels). 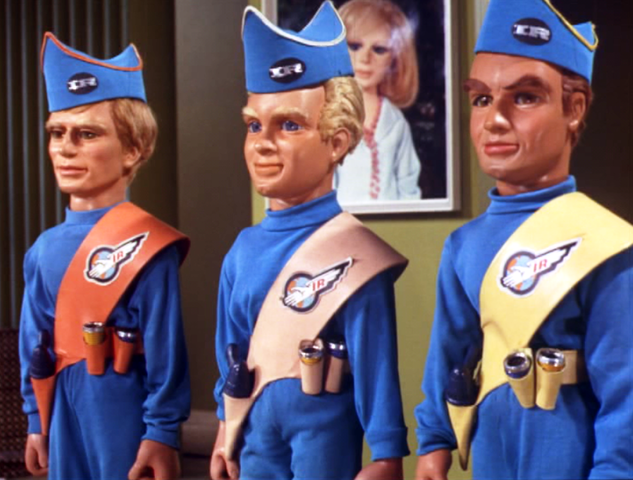 Not the answer you're looking for? Browse other questions tagged costume thunderbirds or ask your own question.

7
In Thunderbirds, what is the badge on Parker’s cap?
5
What were the plans for future thunderbirds episodes?
3
What was the point of Fireflash's engines lasting so long?
1
What modifications were made to the Tiger Moth by Brains?
3
What happened to Jeff Tracy's wife?
1
What aspects of Thunderbirds (2004) did Gerry Anderson dislike?
6
What did Thunderbirds use as a fuel source?
5
What is the significance of the colour of the sashes the Tracy boys wear?
4
Where did the name 'Thunderbirds' come from?
7
Thunderbirds F.A.B