Is Darth Plagueis seen on screen in The Phantom Menace?

I've recently read the Darth Plagueis novel and was intrigued to learn exactly how involved he was behind the scenes during The Phantom Menace and when/how he died.

Given his involvement in the story of the film is Darth Plagueis actually shown onscreen at any point in the film? Perhaps in the background somewhere?

TL;DR: No, Darth Plagueis did not appear in Episode I: The Phantom Menace.

The character of Darth Plagueis simply did not exist until his creation for the Episode III script, and even then the mention was merely a plot device with which

Palpatine could lure Anakin towards the Dark Side of the Force, knowing full well of his concerns over losing Padme.

The novel you describe was written afterwards, and also explained that Plagueis was a Muun - a race introduced as far back as the "Hand of Thrawn" duology in 1997, but whose appearance had not been locked down until the appearance of San Hill in Episode II (pictured below).

I should also note that there is now some speculation among fans (not me, but others) that Grand Leader Snoke in Episode VII may actually be Darth Plagueis, meaning that he actually DID cheat death and wasn't killed as Palpatine believed. I doubt this is true, however, since he doesn't appear to be a Muun but some other similar-looking race with a shorter head.

No. He was first mentioned in Episode III. The novel detailing his involvement during the events of Episode I was written after the films were released (i.e. the backstory of his involvement hadn't been created yet). Also, the novel is Legends (not canon) anyway. Finally, he is not listed under Episode I at IMDb. 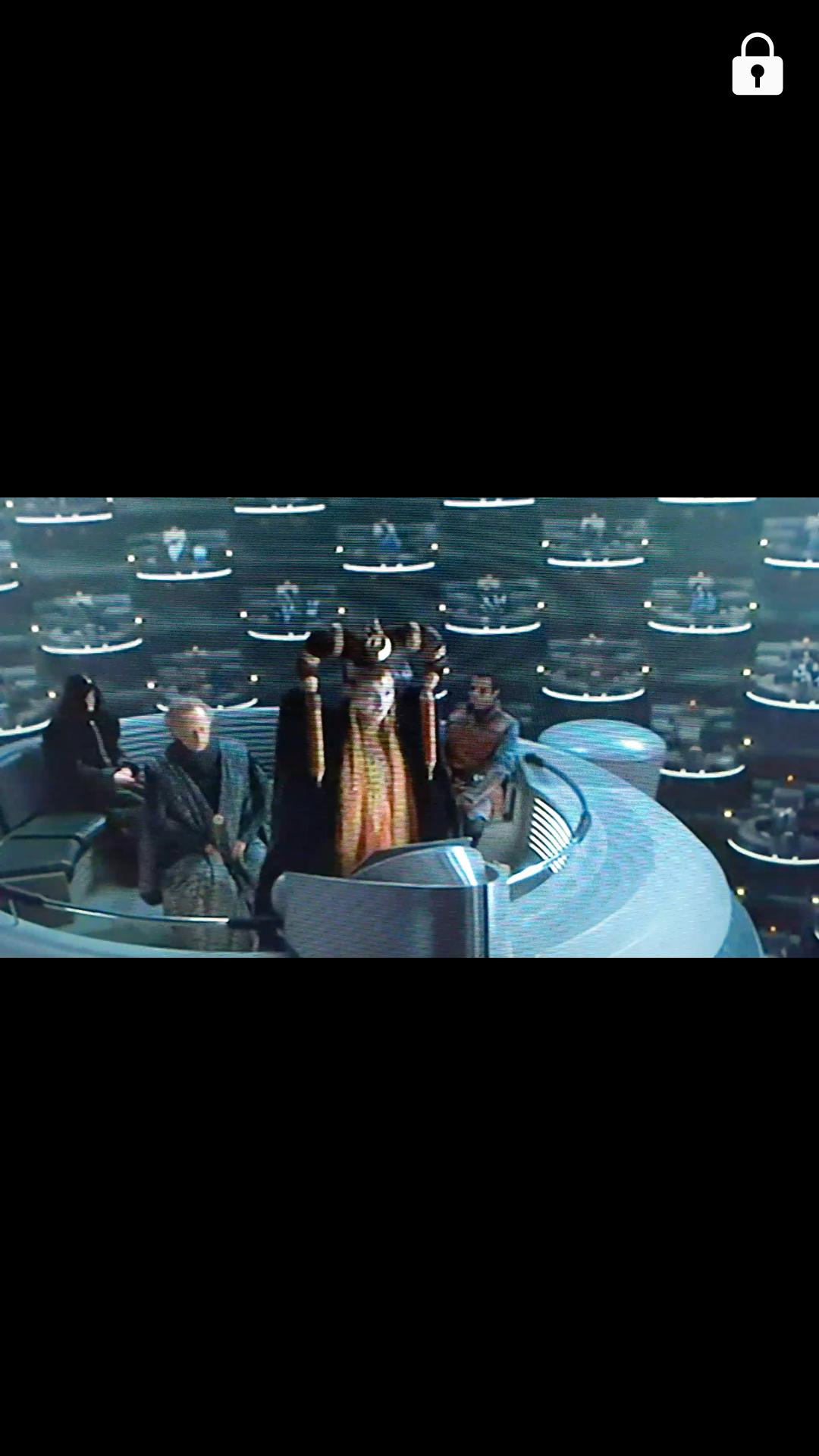 That guy sitting behind Palpatine..... that's him!

31
Are there too many Sith in The Phantom Menace?

81
Who was "The Phantom Menace"?
7
Did Obi-Wan sense Darth Sidious at the beginning of Phantom Menace?
24
What happens to a Jedi's ashes?
18
When/How does the Empire say Anakin Skywalker died?
15
Did Palpatine expect Darth Maul and the Trade Federation to be successful in the Phantom Menace?
45
Who/what exactly does Darth Vader believe taught Luke between the events of “The Empire Strikes Back” and “Return of the Jedi?”
5
Is the Gungan military rank of Bombad General roughly equivalent in stature to General in other militaries?
18
Who were the aliens seen in this scene from The Phantom Menace (alongside the ET species)?