Why are Martians weak against fire in the DC Universe?

Has there ever been an in-universe explanation?

Yes, it was a powerful psychic block placed within the Martians by the Guardians of Oa, to inhibit and prevent the Martians from using their formidable genetic talents for conquest. 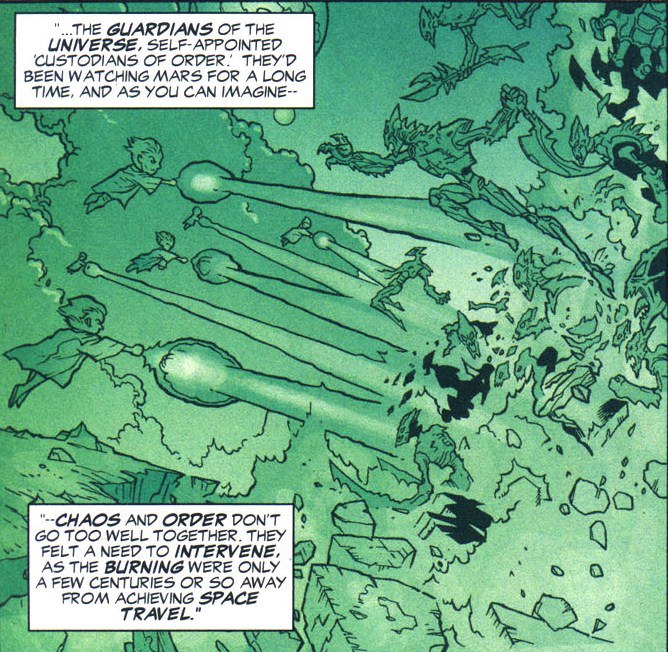 The Guardians of Oa vs the Burning Martians – JLA #87, DC Comics

Not the answer you're looking for? Browse other questions tagged martian-manhunter dc or ask your own question.

3
Is Amazo weak against magic?
4
Which city in the DC Universe has the highest crime rate?
3
What are the main differences between Green Martians and White Martians?
11
In the DC Universe does Batman know that Clark Kent is Superman?
9
Is there a tactical purpose for the hole in Power Girl's costume?