60s (?) short story: aliens who created the humans have decided they're too dangerous and need to be merged back into the original alien race [duplicate]

Ask Question
Asked 6 years, 4 months ago
Active 2 years, 3 months ago
Viewed 363 times
4
This question already has an answer here:
Short story as a letter to original colonisers of earth (1 answer)
Closed 6 years ago.

About 20 years ago, I read a sci-fi short story that was at least 40-50 years old itself, where an alien race has contacted Earth to let the human race know that the alien race is the creator of all life on Earth and the early ancestors of humans.

This race is returning because their experiment concerning creating a new planet is over and they have decided that humans have become too dangerous and need to be reassimilated back into the original alien race.

The story ends with the race telling humans that all of them will once again become the same "color" and for those who find they are the "wrong" color, not to worry as they will be made into the "right" color of the alien race. The aliens reveal the color as a bit of a bombshell in the last line.

I do remember looking at a picture of the author and he kind of looked like Buddy Holly.

As I said in my answer to a recent, very similar question:

It's a message from the descendants of the original colonisers of planet Earth.

People of Earth, do not be afraid. We come in peace — and why not? For we are your cousins; we have been here before.

They describe how the colonists became ill with a disfiguring disease, that caused strife between the victims of the disease and those that were immune to it.

The twist is in the ending of the message:

If any of you are still white, we can cure you.

Whether Arthur C. Clarke, the writer, looks like Buddy Holly, is for you to decide. 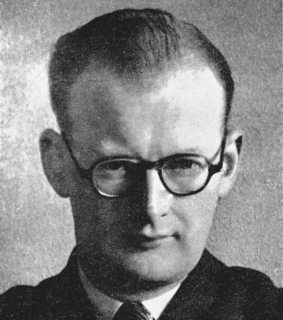 12
Short story as a letter to original colonisers of earth
359
Story where the number 3 is the monster?