How does the super soldier serum affect the rate at which Steve Rogers ages?

I have my own theories about this, but I'd like to know for sure. It was stated in The First Avenger that Steve's metabolism burn 4 times faster than the average person's,but does that same ratio apply to the rate at which he heals? And,consequently,does the speed of his healing in any way affect his ageing process, or can his slowed ageing be attributed only to the time he spent frozen in a block of ice?

If you're talking about the movies, these questions aren't answered, so I'm going to concentrate on the comics. 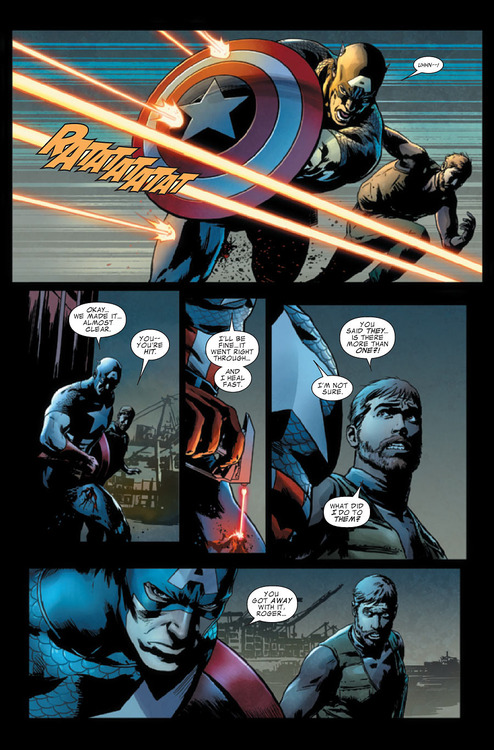 As seen here, Captain America does have advanced healing, and in another comic(which I can not link as I do not have enough reputation), he says "They'll heal," in response to very burnt hands, which means he can recover from injuries that would not heal on normal humans. You can see yet again from Captain America's Wikipedia page, which says his "strength, endurance, agility, speed, reflexes, durability, and healing are at the zenith of natural human potential.", although it is not specified exactly how fast he heals.

As for your aging question, the fact is comic book characters don't usually age in real time, as that would mean some of the current characters such as Superman and Batman would be more than 100 years old!

The main Marvel continuity (Earth-616) seems to consistently portray the Super-Soldier Serum as slowing the normal aging process by nearly half.

The Red Skull and Steve Rogers, both of whom received the serum, have the physical bodies of men in their mid-to-late 30's despite being nearly a hundred years old. Also, in both cases, when the serum was neutralized or removed from their bodies, their physical condition quickly deteriorated to reflect their actual age. This happened with The Red Skull back in the early 80's (Captain America Vol. 1 #293-#300), and again with Rogers in Captain America Vol. 7 #21:

However, in both cases, some form of stasis was used to prolong the aging even further. In the case of Captain America, this was being frozen in ice for several decades. Without that interruption - as seen in the "House of M" timeline - the 100-year-old Steve Rogers still aged, albeit slowly enough to have a body 30 years younger than it should be. 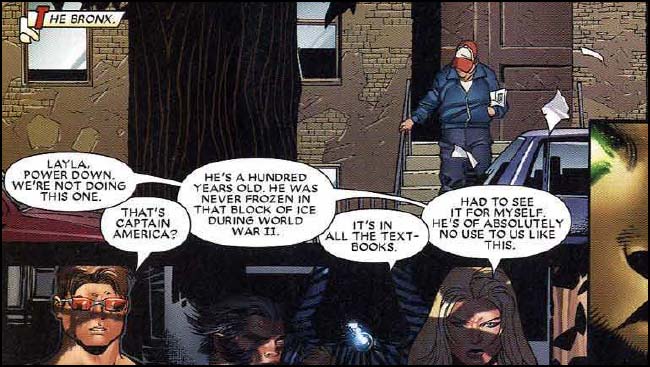 Note that in some continuities, such as the Earth-460 reality, Rogers is depicted as being nearly immortal. The 460 version has outlived most other superheroes by decades, yet still appears to be in his mid-30s. This is most likely due to a difference in that reality's serum formula.

34
How does Steve Rogers treat Tony Stark post Civil War?
21
How old is Captain America when he receives the 'Super-Soldier Serum'?
8
Why does Steve Rogers wear a different uniform to everyone else in SHIELD?
2
Are there ANY negative effects from the Super-Soldier Serum?
4
Has the Super Soldier serum been successfully reproduced after Rogers?
16
Did Batman ever develop a Super Soldier Serum?
4
Was Bruce Banner really working on the super soldier serum?
25
Why did only Steve Rogers have a physical change after injecting the super soldier serum?