I am looking for a story of gods/deities creating a world, then assigning a boy to name everything in that world

The story begins with many gods/deities in the universe that have just finished creating a world, and they are quarrelling amongst each other because no object or creature in the world was given a name yet. So the deities decide to create a boy (or assign a boy, I don't remember exactly how they pick the boy) in the newly created world the task of naming everything for them. Thus, the boy goes on many adventures travelling to distant places and giving names to everything.

So for example, if the boy came across an object or creature, he would ask the gods "What is this called?" and they would respond something like "That's up to you to decide" along those lines.

The author could have had influence or have been inspired by foreign creation stories/myths/legends (Indian/Arabic, possibly Greek/Persian/Chinese?). It is also possible that the book could have been translated into English from another language.

The copy I had was a hardback may have had a dustjacket, color was offwhite with decent spine thickness ((roughly 5/5.5 x 8" dimensions, about .5" thick). It was published before 1998, and could be from any decade before the 90s. The cover was colorful, featuring an illustrated image of the boy looking down on a cloud, with short black hair, wearing white (his eyes are looking downward) with a celestial background I've drawn an image from memory of the cover. It may not be 100% but I know for sure the boy had black hair and was featured on the cover. The gods may have been elemental gods (god of wind, thunder, etc), so you will notice lightning, wind, and little details to represent the elements. Backdrop is celestial, featuring the moon, stars, etc. 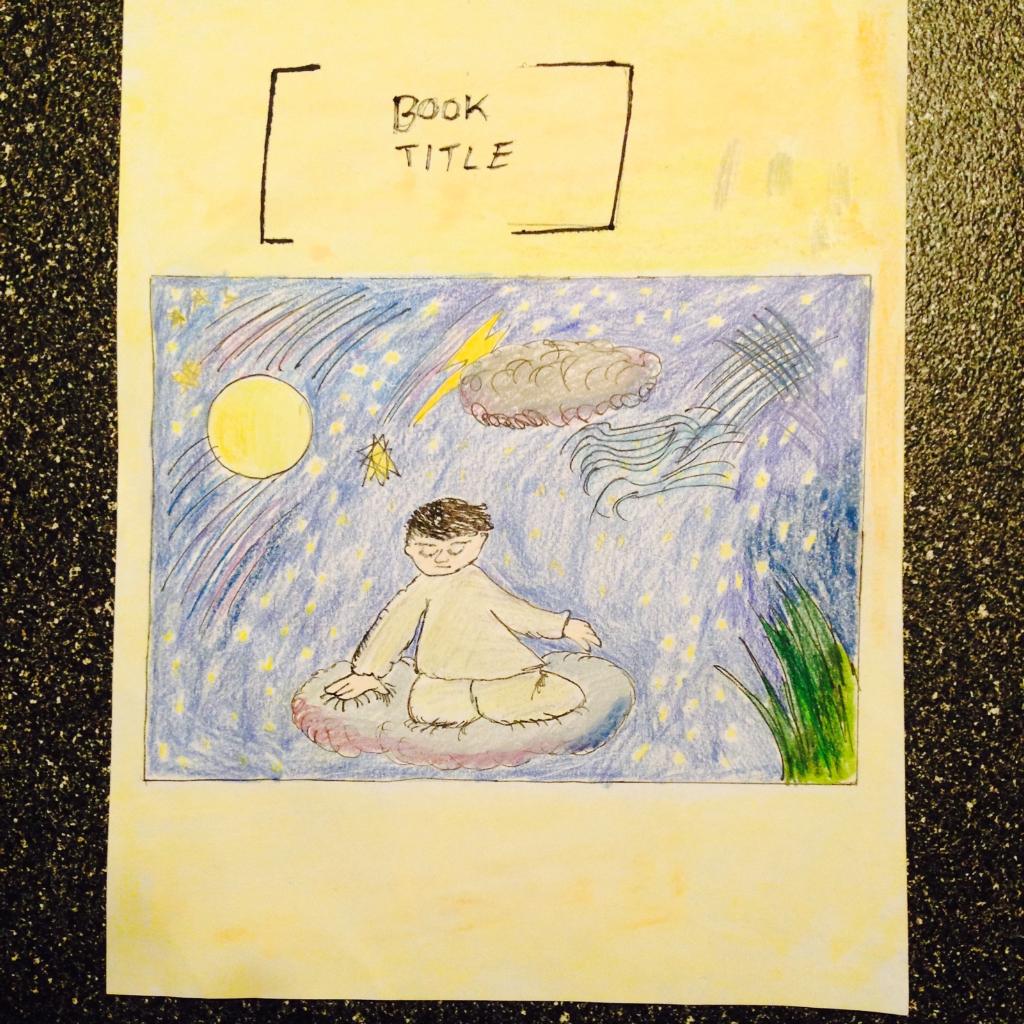 If any story with a similar premise comes to mind, please post! If its similar, it may be it!

8
70s Young Adult science fiction short story collection available in schools
9
Looking for the Name of a Young Adult Fantasy with Giant Eagles Attacking a Canoe on the Cover
3
Book series, Reincarnation, Different Gods and Goddess?
13
I'm looking for the name of a book series that is centered around an adolescent boy circa 14 in the first book
13
Fantasy novel with cover image of a dragon rider wearing a gas mask
6
Looking for early 2000's show about teenage boy and girl stuck on an icy planet
37
Looking for novel with a girl that knows current stock prices