What TV show has kids entering a video game of some sort?

I've been searching the entire Internet for this show about 4 teenagers that enter a video game world where they have to fight monsters that looked like insects. Every time they had to enter the world, they'd go down in the sewers and one of the guys had a skateboard, a girl had a scooter and that's what I can remember. There was also one guy that always stayed behind to check their "health" in the game and pull them out in case they took too much damage to avoid them dying inside the game. I don't know if it was animated or not so there's not much to go on at all but hopefully someone might know what show it is?

Possibly Code Lyoko. This has four characters from a boarding school as well as a girl that the main character finds in a virtual world:

Jeremie Belpois, a gifted thirteen-year-old boy attending boarding school at the fictional Kadic Academy, one day discovers a quantum supercomputer in an abandoned factory near his school. Upon activating it, he discovers a virtual world called Lyoko with a young girl, Aelita, trapped inside it. Unusual events begin to occur at Kadic Academy. Jeremie learns of X.A.N.A., a rogue, malevolent artificial intelligence multi-agent system who also dwells within the supercomputer. X.A.N.A.'s goal is to conquer the real world and all human beings.

Jeremie must materialize Aelita into the real world and stop X.A.N.A. Jeremie is aided by his three best friends and classmates Ulrich Stern, Odd Della Robbia, Yumi Ishiyama as they, along with Aelita, are virtualized into Lyoko in order to save both worlds from the sinister virtual entity.

Additionally, confirming the recollection that one character stayed behind:

Because he is not very athletic and is more computer savvy, Jeremie rarely goes to Lyoko.

Further, as to the skateboard and scooter we have with respect to Jeremie:

When going to the factory, he rides a scooter. He's the main protagonist and also the youngest of the group.

When going to the factory, she rides a scooter.

The other three main characters all ride skateboards, also matching with part of the description of the show.

The series premiered on Kids' WB in September 2004. Unusual for an animated series, it was cancelled after only four episodes aired due to low ratings and viewer reception.

In the United Kingdom, all 13 episodes were broadcast on Cartoon Network UK in 2005.

After four foster children create a video game, suddenly a supernatural vortex appears and pulls them into a world which is really similar to their game. This show also details their adventures in this parallel world as they embark on a quest to find their missing game cartridges and stop the sadistic emperor extraterrestrial terrorist Zorch from taking control of this intergalactic dimension. 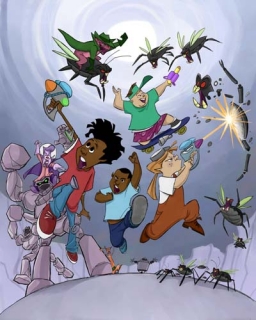 As you can see from the title card for the show, one of the characters, Jubei, uses a "hoverboard" which resembles a skateboard, and some of the bad guys are indeed insectile.

There was a show called VR Trooper. That was very similar to what you are describing. There were teens that had to enter a virtual world and fight evil.

I believe it used to be on on a Saturday morning. If I remember correctly, and a quick check on IMDB will confirm/deny this, there were three that went in, a robot that could switch between the real and virtual worlds at will, and another kid that sat and worked the console, like an operator on the matrix. 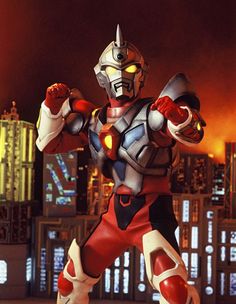 Here is the opening:

If it was a movie it could be the film Arcade

It has a bunch of friends (about 4 or 6) who go to play a prototype video game, only it turns out the video game is alive and if you get killed in the game you get trapped it it forever
The main girl has to go rescue her friends at the end because all of them end up getting trapped in the game one by one, at the hands of the main boss of the game, called Arcade
The arcade store where they go to play the video game was underground I think
The video game company that made the Arcade game give the teenagers some free samples of their home console, but for the final showdown they go back to the arcade store

I've also been looking for the show that you described for a long time and have just found a show that looks 95 percent similar to it called Zixx that aired on Canadian TV for 3 seasons. 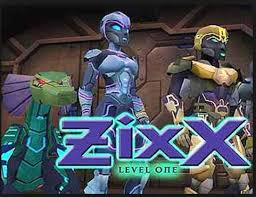 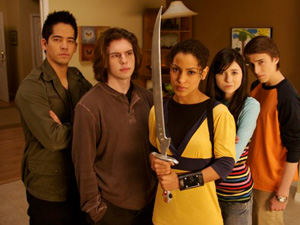 8
Cartoon where kids enter virtual world and fight monsters, then leave via towers with targets inside
5
TV cartoon show about a virtual world
5
Name of a show about kids in simulation - samurai and cat dude
6
What cartoon had a girl going to another dimension, assisted by a boy with a computer?
3
Anime in which 4 school children go into a game and rescue the world; they meet a pink-haired girl inside the game who helps them
4
Looking for old sci-fi cartoon

9
What dystopian TV show has kids running an underground newspaper?
13
Book about 4 people stuck in a virtual fantasy game world
7
Anime/cartoon with kids battling with robots in a game
11
Looking for a late 1950s to early 1960s movie or TV show with some similarities to "The Zanti Misfits"
10
Anime about boy & summoning monsters
6
Kids TV show combining live action and animation, kids fighting monsters after entering a photo booth
6
Isekai manga - protagonist repeatedly re-enters the fantasy world, time passes more quickly there
4
Live action series or movie with kids sucked into a video game
4
1990s Anime series where people fought in an alternate dimension. If the good guys won, the area where they fought was undamaged
2
Cartoon about 2 guys (one named Sam) and a girl