How did Ant Man breathe when he shrank down to sub-atomic level?

Oxygen molecules would be bigger than him, and they therefore wouldn't be able to fit into his tiny lungs to have oxygen available for cellular respiration, and thence the energy to live. He was at a sub-atomic size for quite a while, and I'm not sure that the suit supplies him with oxygen. An atom is mainly empty space...

What really sparked my interest is when Hank Pym (in the end) thinks that his wife could still be alive - it is plausible that since physics at the sub-atomic level is different than how we experience it in every day life. But for her, time will be passing at the same rate as normal. If Pym could find her, his time experience would be different, and she would experience a long time at sub-atomic size with her oxygen levels probably depleted (present only minimally in small air spaces in her suit), and would suffocate.

How is what Pym believes justifiable, and how could Ant Man have spent so long in a sub-atomic state and still be alive ?

In the movie, Ant-Man's costume is supposedly self-contained and shrinks the oxygen needed along with the miniature hero -- hence the closed-face helmet. Shrinking the oxygen molecules would be for the scale of reduction, so that when Ant-Man shrank to sizes where he would clearly no longer be able to interact with oxygen gas due to scale, he would still have an air supply no matter how small he became. 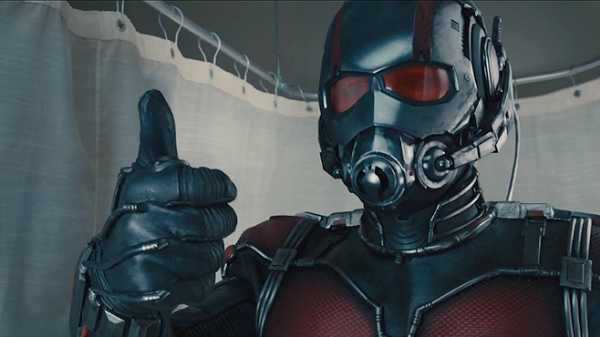 However, that aspect also takes form with two crucial cables jutting out the side of his helmet. As Coveney comments:

"We had a long discussion about the two cables going into his helmet. They're a massive weakness - Yellowjacket could just rip them off and he's dead. But, in the end, it just looks cooler with them on."

It is only briefly touched on in this movie, but from comments made by Marvel's Kevin Feige, we'll be seeing a lot more of the "Quantum Realm" in future movies. At the moment, we're working on the assumption that this is actually the MCU equivalent of the Microverse, which appears in many of the Fantastic Four and Ant-Man comic storylines.

The Microverse is not just the "smallest level" of our universe: it's a different place, with different rules, that can only be reached by shrinking down to quantum-level sizes in our universe. Once there, however, things exist "normally", including whole civilizations, even with their own heroes: 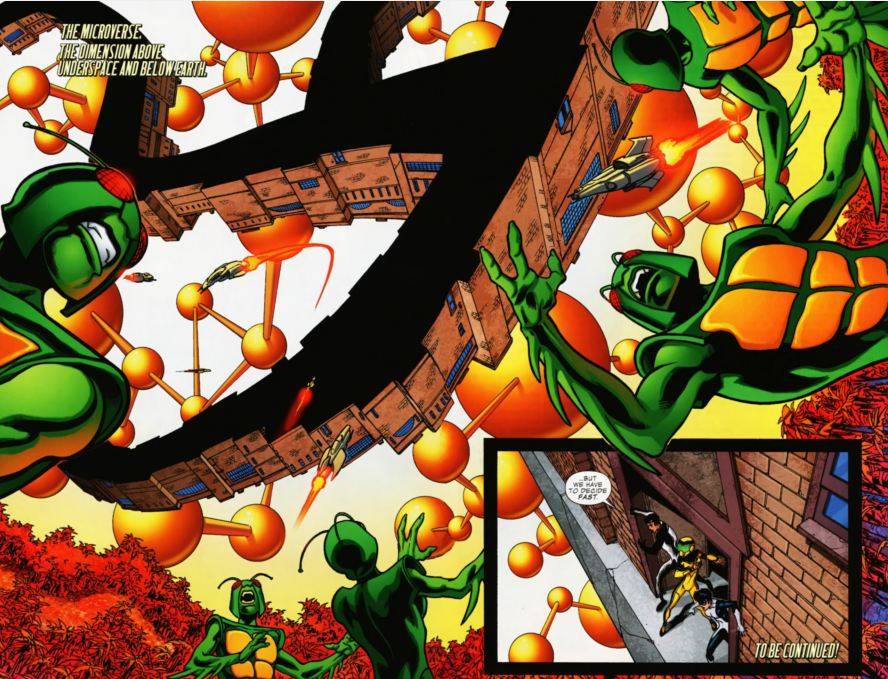 At this point, we can only assume Scott ended up in something analogous to the Microverse, and that it allowed him to exist and stay alive until he could grow himself back into our universe.

1
How did Hank Pym get out of the ocean?

8
Why is Ant Man so strong when he's small?
16
What did Ant-Man steal from the Avengers?
5
How could Ant-Man be seen?
2
How did Ant-Man get trapped?
6
In Ant-Man, why did this object implode?
5
How does Ant-Man shrink?
6
How does quantum Ant-Man keep his structure?
8
How did they realize young Michael Douglas in Ant-Man?
18
How can Ant-Man ride Anthony?