How can Ant-Man ride Anthony?

In the recently released Ant-Man movie, we are told the tale of how Hank Pym created a way to allow for the (partial) removal of the space between atoms to allow people to shrink object or themselves. We are also told that when an object, be it person or otherwise, is shrunk, that they retain their mass, thus their density increases.

My question is this: If Ant-Man was able to use his increased density to deliver powerful punches from his shrunk form, how was he able to ride Anthony (see picture) 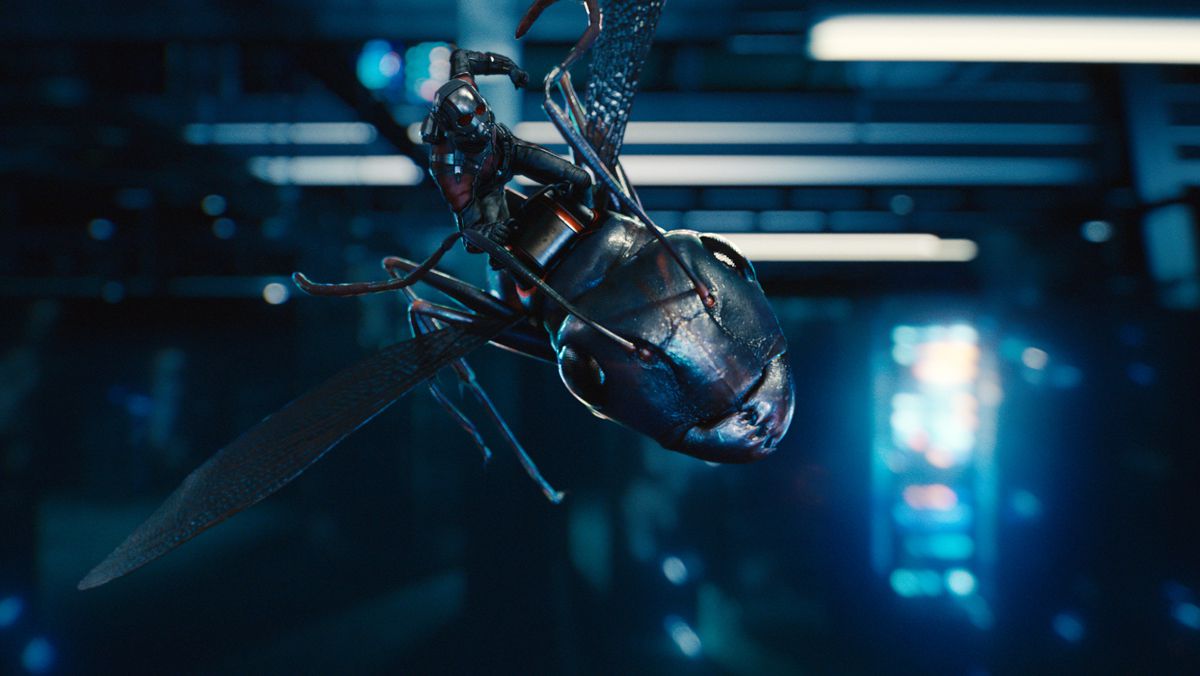 or run up the barrel of this pistol without causing the assaltant to drop it? 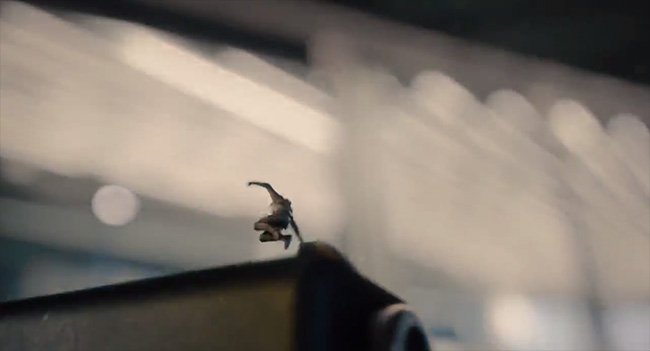 Anything from the movie I might have missed or any interviews that address this would help greatly.

The short answer: We don't know. It's never been explained in the MCU exactly how the Pym particles affect the mass of the objects under their influence. Out-of-universe, that's because the physics simply doesn't work.

The most logical assumption: In-universe, there is one thing that we can lean on to help maintain our suspension of disbelief: plausible oversimplification.

Put simply, Pym's statements aren't a comprehensive overview of the technology, they're an off-handed remark from an expert to a layman. "It shrinks the distance between atoms" could be literally the truth, but it's probably more like saying that my computer "is powered by lightning." Most scientific and mechanical principles are explained using phrases that aren't literally true: cars don't actually "burn gasoline" (they maintain a self-sustaining series of miniature explosions), space doesn't actually "suck the air" out of an airlock (the air expands rapidly into the lower-density volume of empty space), and nuclear bombs don't actually "split" atoms in half (they use free neutrons to break up the particles within atomic nuclei).

It's possible (frankly I think it's all but certain) that the Pym particles have a MUCH more complicated effect than simply pulling atoms closer together. They probably affect the vibration of superstrings to alter the very structure of matter, or something. We're not witnessing a simple reduction of size, we're witnessing a new branch of physics.

Regardless of any off-handed comments made by Hank Pym to a stranger, we can logically assume that Pym particles act in very complex and totally unexpected ways. Evidently, the reduction in mass with retention of strength is just one of the unexpected phenomena associated with Pym's discovery, a side effect of whatever physical process the Pym particles are instigating.

A year late but oh well. Was watching it again tonight and wanted to see if anyone else had the same thoughts.

While watching the movie several times the same issue bugged me a little. I agree with oversimplification 100%, but also expanded on it in my own head.

My rationalization was that the “unexplained to the layman” technology of the suit would control mass/density dynamically based on intent, or under user control (user control would be risky, you could kill a bunch of the flying ants if you forget). With the theoretical complexity of the technology proposed, there would be a TRUCK LOAD of variables that should be available for manipulation.

If we assume the suit uses a computer interface to aid in Ant Man’s shrink/grow abilities it could also use some sort of “fuzzy logic” to determine when and how to apply his full mass/density. Maybe based on the force of his muscles, or some other biofeedback that wasn’t part of the “training montage”… seriously, they can’t fit ALL the training in those things… movie would be too long and boring.

The only issue with my theory is the effect on the wearer of the suit. Going from “size normal” to “compressed” density would affect your ability to walk and move. It would also have other effects such as loss of body heat. Of course there could be other technologies in the suite to address those such as insulation for hypothermia and maybe “stiffening” of the suit to compensate for changes in mass/density.

My goodness, you could probably use existing “real” science to list and address issues within a reasonable range to cover most of the fantasy tech. Reminds me of Larry Niven’s essays on this type of thing. He used real science to explain how Superman might have a child with Lois (well, uh… how he could have “relations” with Lois as Superman, and problems he probably had during puberty), or how teleportation tech could be used for inertia-less drives.

33
How does mass conservation work in the MCU Ant-Man movie?
18
Why is Hank Pym so obsessed with ants?
4
Can Ant-Man solve world hunger?

4
Have any Pym like particles been observed in the MCU yet?
5
How does Pym particle containment work?
5
How could Ant-Man be seen?
5
How does Ant-Man shrink?
33
How does mass conservation work in the MCU Ant-Man movie?
8
Does Ant-Man need his suit to shrink?
11
Have Ant-Man's terrifying powers been explored by the authors before?
19
How can Hank shrink without his Ant-Man suit?