What happens to a Jaffa's Goa'uld once it matures? 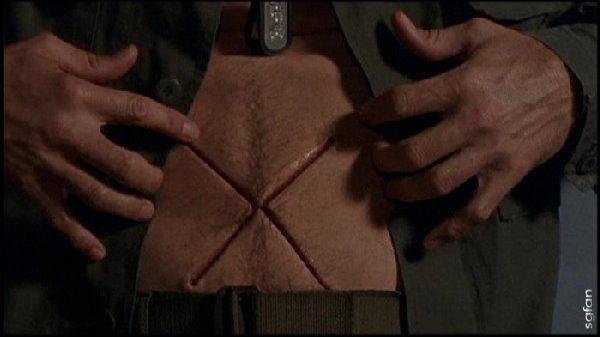 Given that Jaffa require Goa'uld symbiotes in order to survive, and relatively few matured Goa'ulds (who live for thousands of years, no less) exist, what happens to the others?

Here's what we know:

It is never specifically stated in canon but:

All of the above points to the existence of a lesser class of Goa'uld who are implanted into Jaffa and allowed to die with them. Perhaps their brains are tabula rasa.

Why, one may ask?

According to the Stargate wiki, while it doesn't summarize the Goa'uld lifecycle, all Jaffa need a symbiote before puberty or they will die due to a failing immune system. The same section in the wiki specifies that they can host a symbiote for seven years. After that, the symbiote matures and must be removed and the Jaffa needs a new symbiote.

This essentially disproves any comments or statements made anywhere that Goa'uld larvae are rare. I think the rarity would refer to adult Goa'uld. In the episode Last Stand, at the Summit of the System Lords, each System Lord was eating live Goa'uld larvae each night.

A competitive instinct seems to be part of their habit of eating their young. The more they eat, the less competition they have.

It's not that larvae are rare. It's that the mature Goa'uld don't let many larvae survive to take a host.

After doing some minor math a by what is considered Teal'c's year of birth, the average age of implantation at age 10 and the fact that Teal'c said that he was carring his 12th larva in the pilot episode a Goa'uld matures at some where between 8 to 9 years. My personal favorite would be nine since Teal'c carried that symbiote for some time more till he needed another one and that is only because that symbiote was given to his son who stayed on Culak where he could get another one shoul he need it.

13
Are Goa'uld naturally evil?
20
How did the Goa'uld develop interplanetary travel?
6
What does it take to overcome your Goa'uld symbiote?
12
How can a Goa'uld be extracted from its host and who can do it?
7
Why did the Goa'uld return to Earth?
5
Why do Goa'uld and Asgard continue to use names from Earth mythos?
16
What happens if a Wraith feeds on a Goa'uld or a Jaffa?
3
Goa'uld cyber and chemical warfare capability
3
Why would Goa'uld blood be both toxic and be able to neutralize itself?
4
Did the Goa'Uld ever try to use Chevron 8 and 9