How many Deep Space stations are there?

We know of the station Deep Space Nine of course, and we have heard of Deep Space Five, I believe. How many "Deep Space" stations are there? Which is the closest to Sector 001 and which is the farthest?

Based on looking through the below map, the farthest Deep Space station from Sector 001 is probably K7, right on the border of the Klingon Empire.

Please appreciate that not all of the space stations could be compared, simply because several of them are merely mentioned in passing and no specific location is provided. 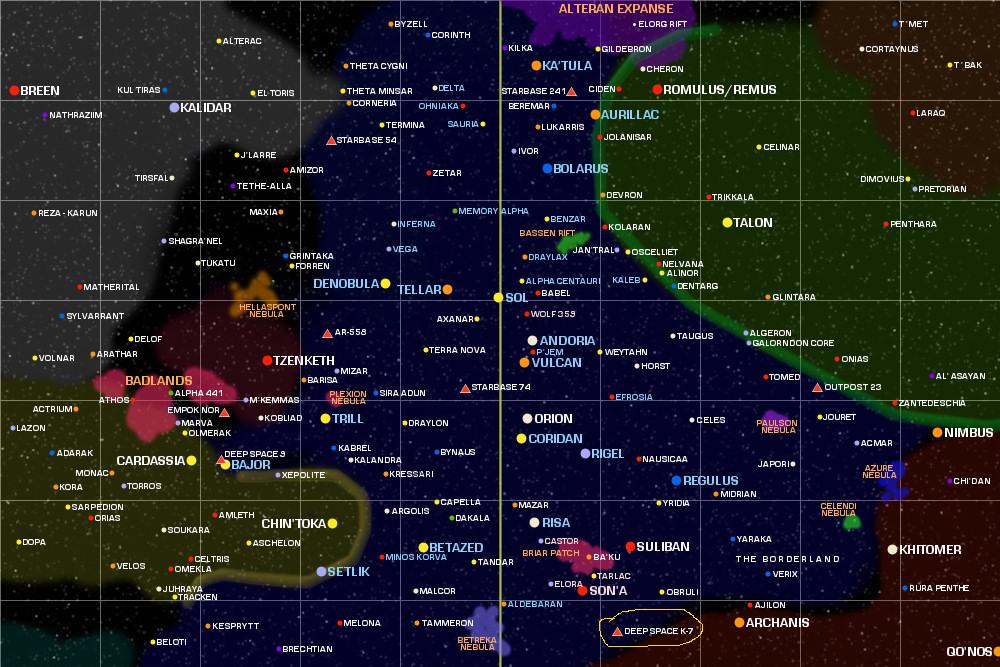 12
Who was in charge of Deep Space Nine during the "The Search"
41
Why was Terok Nor renamed Deep Space Nine?
23
What is the meaning of 'Nor' in Cardassian?
2
How many episodes are included in Dominion invasion's story arc?
14
What exactly *is* a "Deep Space" station?
21
What happens to the ore-processing facilities of Deep Space Nine?
11
Why didn't the Cardassians take Terok Nor (Deep Space 9) with them when withdrawing from Bajor?