I saw a movie in the early 90's, it was a Sci-Fi Movie but I can't find what was the name?

Here a few points I know for sure:

That's all I remember, but like I said I'm 100% sure it's linked somehow to Star Wars universe, and I would be so grateful guys if anyone of you can help me on this!

Ok so it was not Yor, the Hunter from the Future. And I watched Masters of the Universe, and it's crazy how close it was; I mean I felt like maybe it was it. But after watching it, it was clear that it's not the movie I'm looking for, even tho it's the closest so far I've seen. There's a scene in my movie, where I remember clearly watching like jail bars, and the hands of some creature begging through it, idious hands if my memory is good. And the FINAL BATTLE I'm 100% sure was with lightsaber, straight out of a Star Wars movie, and I know it may sound wack but I really think that the final battle on the black platform was looking like Vader. Thanks for all the suggestions. It's really important still today for me to figure out what that movie was!

It wasn't Flash Gordon was it? Any of these shots jog your memory?

Could you be thinking of Masters of the Universe (the He-Man movie)? The film was released in 1987.

There are lots of lasers and other sci-fi weapons, exciting battles, etc. in this movie. 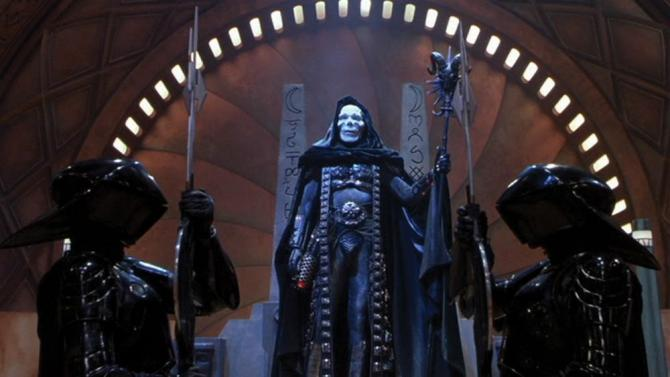 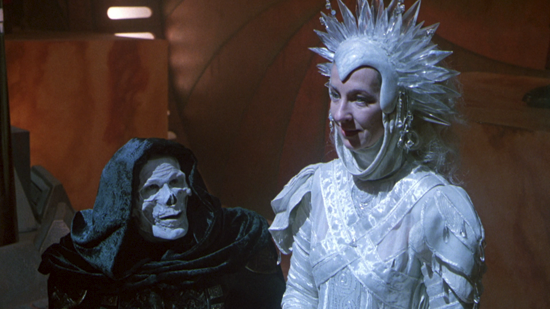 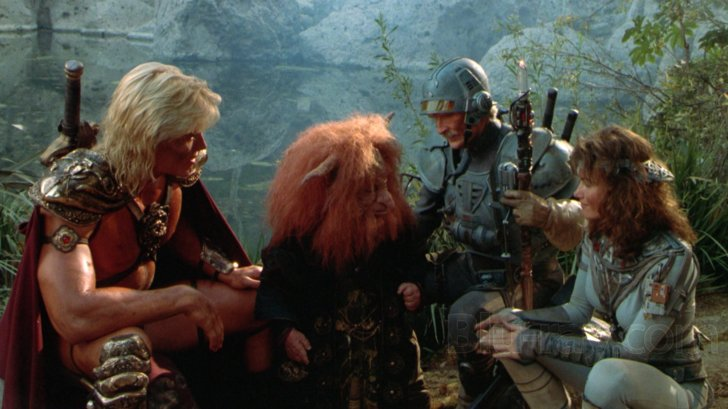 It sounds like what your describing is the movie Spaceballs from 1987. You said you saw it in the early 90's so that would make sense. This movie is a parody of Star Wars. In this movie, there is a villain called Dark Helmet, who is supposed to represent Darth Vader and the character Captain Lone Starr who is kind of a like a mix between Han Solo and Luke Skywalker. They fight using lightsabers that come out of these rings called Schwartz rings (Schwartz is essentially the force which is channeled through a ring.) If someone wants to edit this to add videos of the described scenes feel free, I don't have the time to do so. Hope this helps.

A very early Star Wars rip-off was Yor: Hunter from the Future. It is a stretch, but it does have some Darth Vader clones and lots of laser weapons. It is pre-1990, so it fits the time frame. I acknowledge this is a stretch.

Not the answer you're looking for? Browse other questions tagged story-identification star-wars movie or ask your own question.

32
What is this Disney scifi movie from the late 80s/early 90s?
3
Early 90s(ish) Sci Fi movie with morphing alien
3
Movie with a character named Swordfish and a “Star Wars cantina”-type scene
4
Live-action movie or TV show from late 90s/early 00s with kids, a friendly spaceship/thing, and an evil guy
37
Did Vader actually die in the original Star Wars movie, now known as A New Hope?
5
Sci-fi movie about a video game with enemies on motorcycles
3
80s or early 90s sci-fi/horror possibly a spoof movie
5
Early 2000s sci-fi (thriller?) movie?