Has anyone ever been subjected to Joker Venom and Fear Gas simultaneously?

Individually, each chemical seems to have a pretty devastating effect on it's victim. Fear Gas seems to always wear off but Joker Venom can sometimes be lethal, at least in Batman The Animated Series, this seems to be the case.

I don't know if Joker and Scarecrow have ever worked together, but do we know if anyone has ever been subjected to both Joker Venom and Fear Gas at the same time?

The most likely way for someone to be exposed to Joker Venom and Fear Gas at the same time would be for Joker and Scarecrow to team up. It has been a while since I read a Batman comic, but the way I remember it, Joker and Scarecrow don't get along very well. A little poking around on the interwebs confirms this memory. In every case I could find of The Joker and Scarecrow working together, it always ends in infighting, and Scarecrow always gets the worst of it.

I couldn't find any evidence that anyone has ever been subjected to Joker Venom and Fear Gas at the same time. The closest I could get was the following:

The Joker steals Fear Gas, the Scarecrow gets annoyed by this, they fight, and this is how it works out: 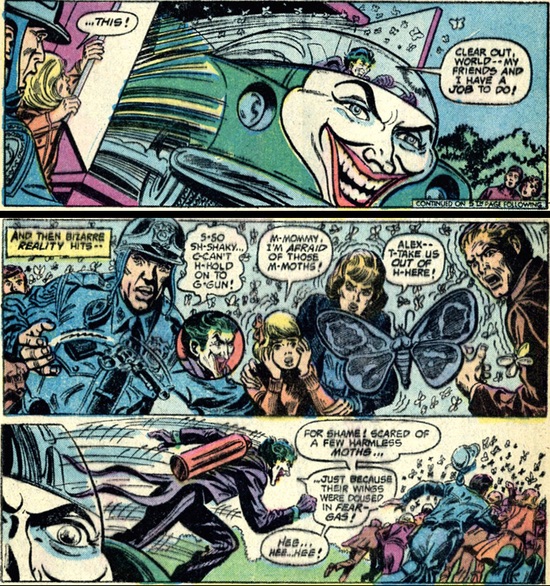 Scarecrow tries to dose Joker with Fear Gas, but it doesn't work. 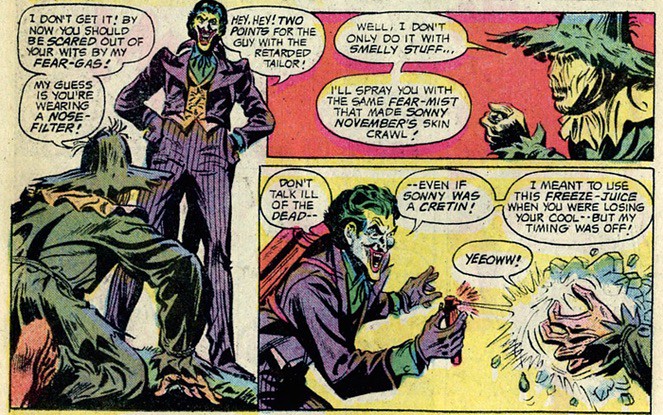 Scarecrow's pet crow (which makes no sense whatsoever, since Scarecrows and crows are mortal enemies) recovers and steals the Joker's nose filter, but again, it doesn't help. Scarecrow then throws acid on Joker's gas tank, rupturing it, but the Joker is unaffected. 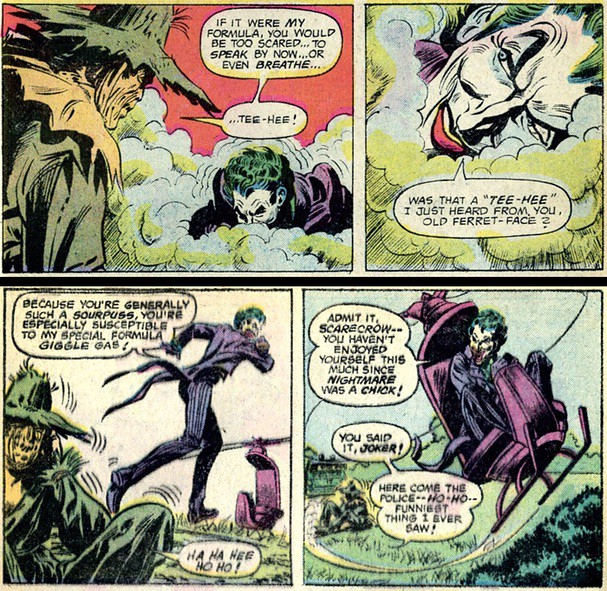 The Joker uses Venom (referred to here as "Giggle Gas") on Scarecrow, and makes his escape.

Thus, we do see Fear Gas and Joker Venom being used in the same situation, but the Fear Gas doesn't do anything, and the Venom only affects Scarecrow.

A far more serious run in between The Joker and Scarecrow takes place in the Knightfall storyline, which is best known as the arc in which Bane breaks Batman's back. After Bane releases everyone in Arkham Asylum, Joker and Scarecrow team up to kidnap the mayor of Gotham. The Scarecrow eventually gets fed up with The Joker's refusal to take anything seriously, and sprays him with Fear Gas. This proves to be an enormous mistake. 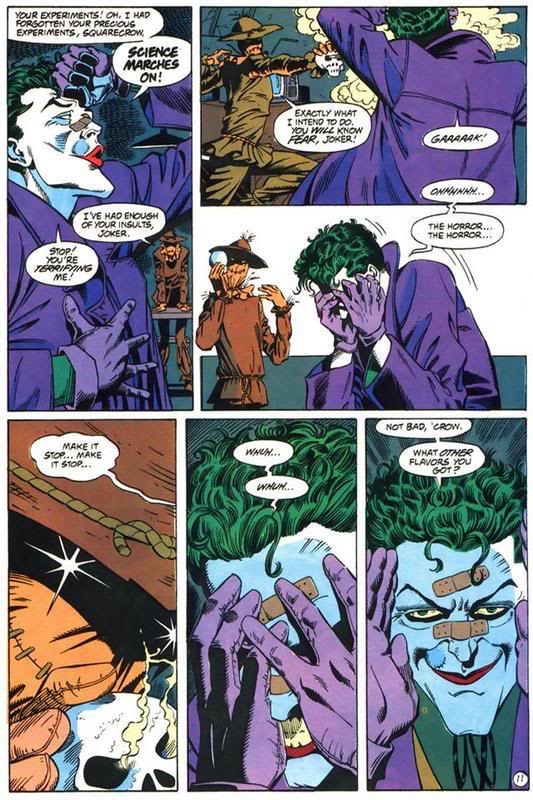 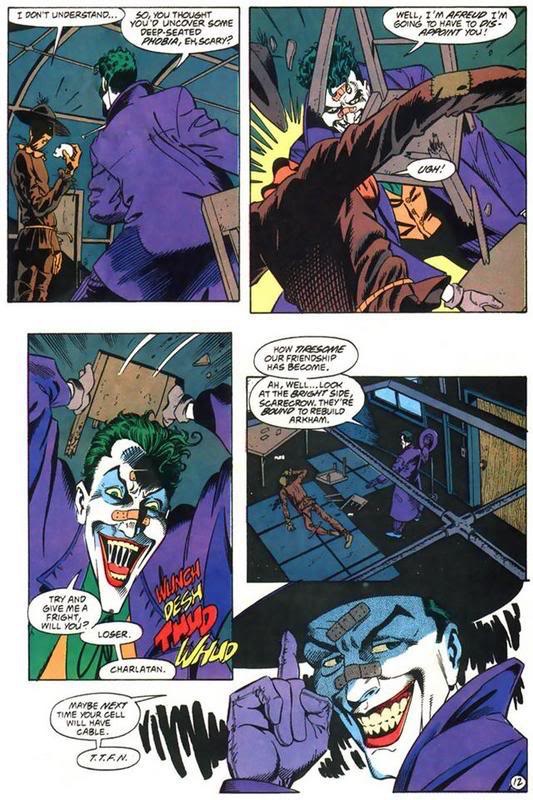 Lessons learned: Homicidal maniacs who laugh at mass murder are not likely to be especially vulnerable to fear, and if you mess with them, they'll beat you half to death with a chair.