Can the Avatar bend elements simultaneously outside of the Avatar State?

The question is in the title. Can the Avatar bend elements simultaneously outside of the Avatar State?
We have seen multiple occasions where when in the Avatar State the Avatar can bend more than one element at the same time, most notably when Aang combined all the elements to fight Ozai in the fourth season. Are there any times when there is a completely simultaneous use of any combination of elements, and not simply switching from one to the other in quick succession?
The only example that might slip by is Aang's natural movements being enhanced by his air bending ability while using another element. Though this is pure speculation.

In this video, we see Avatar Roku bending all four elements simultaneously. Although it initially appears that he's doing one after another, the final shot shows a continuous stream of air, water, fire and earth emanating from where he's standing.

The implication is that since different stances and styles are required to activate different bending abilities, doing them at the same time is very very difficult. 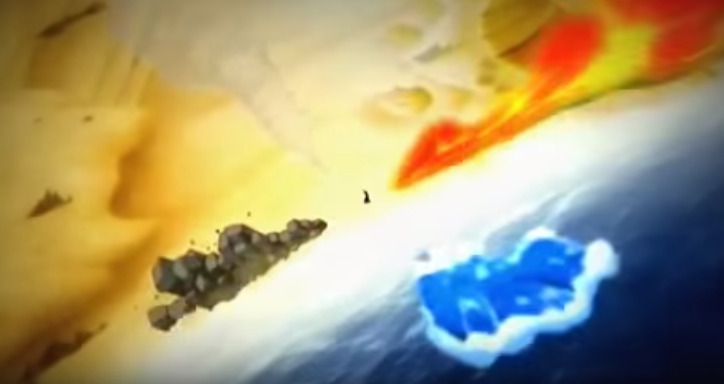 In the video below, we see Korra bending 3 of the 4 elements (earth, fire, and water). Again, she starts out doing them in turn, but there's a single shot where she uses water to extinguish a floating flame. Clearly she's bending both elements at the same time. 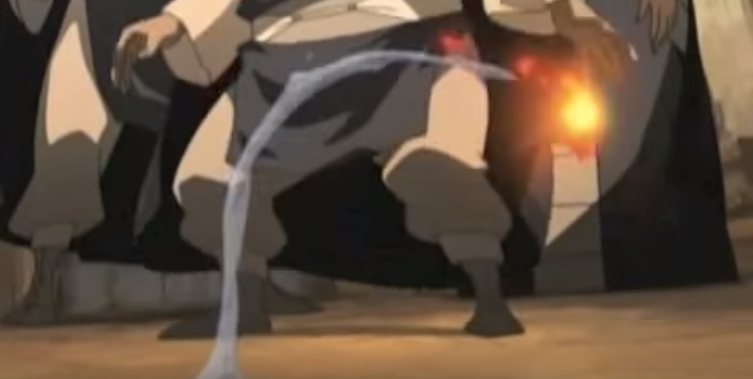 I would like to take this chance to answer my own question. Yes. Bending at least two elements at the same time is possible.
In Legend of Korra book 2 episode 5 "Peacekeepers" while being chased by her cousins Desna and Eska Korra can be seen standing on a water vortex while attacking with fire.
Though we have not seen Aang bend simultaneous elements we can assume that every Avatar possesses the ability (as speculated by previous answers). Any more speculation or examples will be appreciated, and please continue to enjoy this great show.

I FOUND IT!!!! Aang actually bends air and earth at the same time in the episode "Tales of Ba Sign Se" When he is making the zoo for the zoo keeper, he is riding around on his air scooter and also making a wall of earth. Also I do no agree with the 2 examples above given by the person who posted about Roku and little Korra.

To be clear, in bending I've noticed that there are 2 "modes" so to speak. One where the bender is "holding" the element and another when they are letting the element run free. A fire bender is holding fire when he is moving it or creating it and he is letting it run free when he is letting the fire burn. An earth bender is holding his element when he levitating rocks or making them move and he is letting it run free when he "lets go" of the rock and lets it fly free in the air or lets it roll or what have you. The same can be said about the other elements.

Now as to why I don't agree partially with the Roku example is because he could have just let the water go and the same could be said about the air and the fire and the only thing that Roku was actively bending was the earth meaning he was actually only bending or holding on to one element.

As to why I don't agree with the baby Korra example, she didn't put out the fire. She let the fire run free. Also, the water wasn't bent by Korra it was bent by the white lotus person.

The person who replied to those examples found an actual example where korra is bending water and air.

So to finish this off, it's actually possible for an avatar to be actively bending 2 elements simultaneously.

12
Would it be possible for some to bend two elements?
6
How can Bumi be a non-bender?
10
Do benders have to bend parts of their body to bend the elements?
5
Could Vaatu's release create a second Avatar?
7
Can you blood bend Trees in Avatar?
3
If an avatar goes into the avatar state while being poisoned, do they still die?
5
During the avatar state can Aang's past lives bend the four elements?
7
Non-bending uses of the avatar state
6
Why wasn't Aang trying harder to reconnect with the Avatar State in Book 3?
3
How come Korra could bend three elements so young before training?