Do the Borg have a pre-programmed directive?

I always wonder why the Borg behave the way they do, and exactly how their collective thinks. Do they strive for dominance and perfection because they are programmed to do so, or is the collective free to live however they decide to live? Are we to imagine some sort of perfectly efficient democracy/consensus based decision making? Or something else?

Someone must have asked questions like this in some interview.

In the eight Star Trek film, Star Trek: First Contact, we are introduced to the "Borg Queen" for the first time. 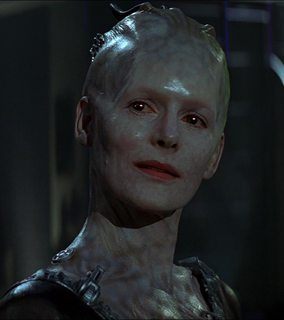 Data is held prisoner by her, and they have a conversation in which the organizational structure of the Borg collective is assessed. The bold passages below are particularly important:

DATA: Who are you?

BORG QUEEN: I am the Borg.

DATA: That is a contradiction. The Borg have a collective consciousness. There are no individuals.

BORG QUEEN: I am the beginning, the end, the one who is many. I am the Borg.

DATA: Greetings. I am curious, do you control the Borg collective?

BORG QUEEN: You imply disparity where none exists. I am the collective.

DATA: Perhaps I should rephrase the question. I wish to understand the organizational relationship. Are you their leader?

DATA: An interesting, if cryptic, response.

BORG QUEEN: You are in chaos, Data. You are the contradiction. A machine who wishes to be human.

DATA: As you seem to know so much about me, you must be aware that I am programmed to evolve and better myself.

BORG QUEEN: We too are on a quest to better ourselves. Evolving toward a state of perfection.

DATA: Forgive me. The Borg do not evolve. They conquer.

BORG QUEEN: By assimilating other beings into our collective, we are bringing them closer to perfection.

DATA: Somehow I question your motives.

What we learn here is that, although the Borg share one consciousness (Borg Queen included), the function of the Queen is to organize the thoughts of that consciousness towards a single aim: the attainment of perfection. The Queen implies that, without her role, there would be no consensus — only chaos. This also means that the Borg is not a democracy.

I see no reason for her to lie to Data at this point.

Now the question boils does to: is the Borg Queen herself operating under the influence of a preprogrammed directive?

For this, we may need to leave pure canon and enter Memory Beta territory. Various novels and stories provide origin stories for the Borg, some of which also hint at the role of programming in the structure of the Collective. For instance:

One species which gave rise to the Borg originated in the Delta Quadrant...on a planet named Havarrnus and was technologically advanced, so when a virulent disease struck their world they were able to use cybernetic technology to repair the damage to their bodies. Unfortunately, Havarrnus was a doomed world...the planet's star began to turn into a Red Giant and in the process would make the world uninhabitable. In response to the predicted anarchy that the destruction of their world would cause, a political group, the Technologists, proposed the Interlink Act. After some political debate the act was passed with overwhelming support and those who volunteered were implanted with a neuroprocessor, thus joining their minds in a harmonious order, the Collective. Within two centuries of the act being passed, the Collective had become the Borg and assimilated the rest of the planet... (TNG short story "Forgotten Light")

It is explained here that the formation of the "hive mind" was expressly to bring beings who were at odds with one another into order, and so it would seem that the first versions of Borg neuroprocessors were programmed to create consensus. The singular aim of the Collective towards perfection could be a secondary result of the persistence of this basic programming. But again, this is not canon (and it's not the only Borg origin story).

Here are some conclusions we can summarize, based strictly on canon material:

Canon and non-canon sources aside, I highly suspect that the "Borg Queen" is just an avatar for a program. Remember, the particular instance of the Borg Queen that we encounter in First Contact consists only of a thin layer of organic skin over a completely mechanical frame: 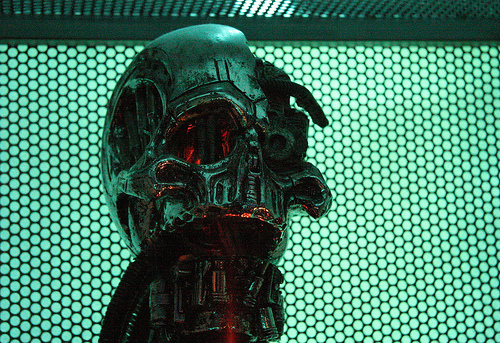 I believe that this program is connected to the Collective's shared consciousness but has privileges above that of a drone. For instance, if a drone has a particular thought that is useful to a current predicament, the Queen program can elevate that thought or course of action to the command structure for implementation.

So rather than a democracy or committee, the Borg may function the way a corporation does, but without any middle management.

20
How does the Borg hive mind work?