Has the death sentence ever been introduced in Gotham?

With the amount of super villains roaming the streets of Gotham and the massive body count that inevitably follows in their wake, has the death sentence ever been introduced to try and handle the crime epidemic?

Incarceration doesn't seem to work as [ insert any super villain's name here * ] escapes ArKham / Blackgate whenever he / she feels like it.

Have we ever seen the death sentence put to use in Gotham, even for a short period of time? 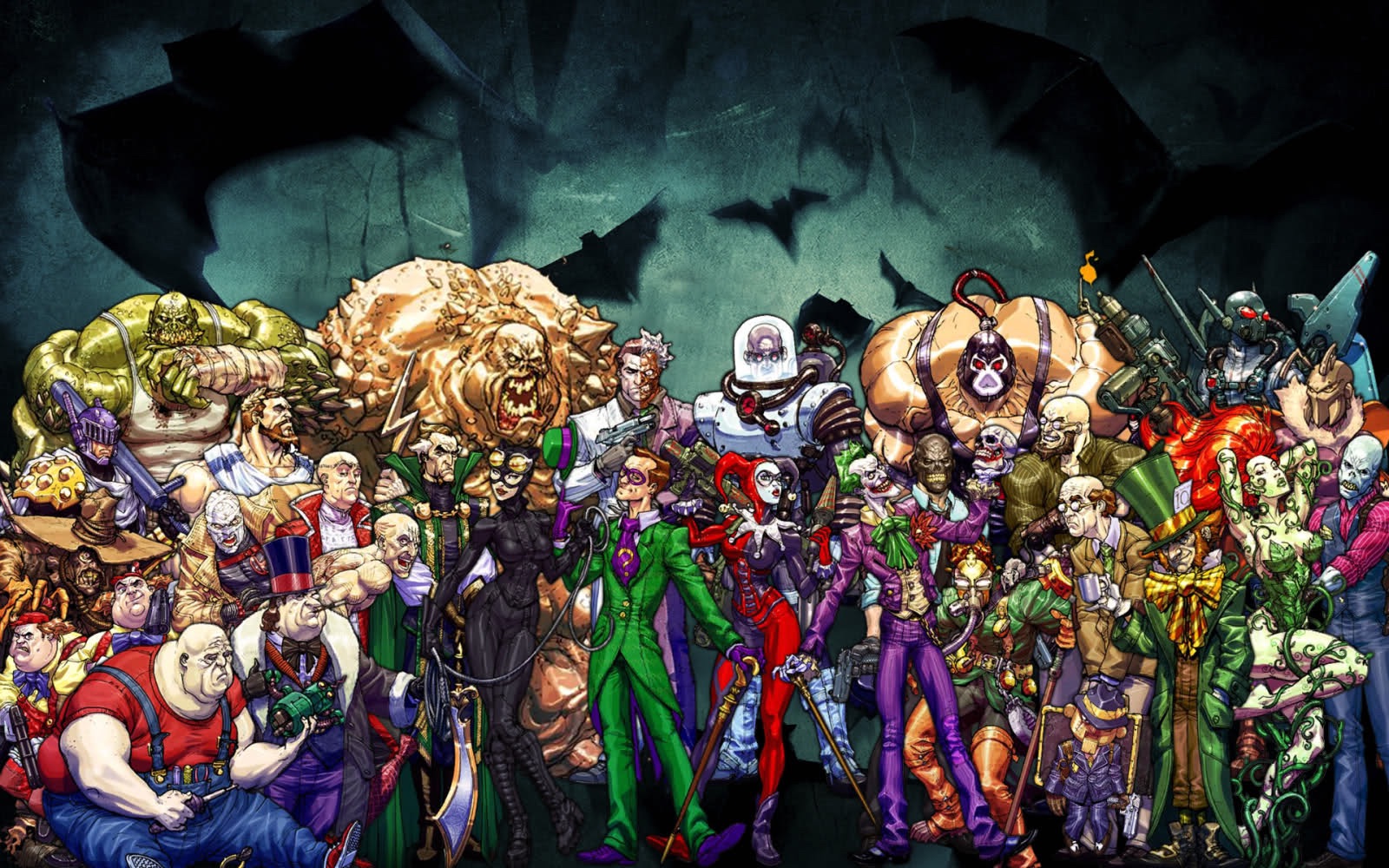 * Extra points if you can tell me who that guy is on the left, in front of Killer Croc and behind Scarecrow in that rogue's gallery picture

Yes, the death sentence has been put to use in Gotham.

In The Joker: Devil's Advocate, The Joker is sentenced to death, clearly indicating that in the comics, Gotham had (for at least some time) a death penalty.

After Bane successfully holds Gotham to ransom in the Christopher Nolan film The Dark Knight Rises, Dr Jonathan Crane (AKA The Scarecrow) seems to become some kind of judge and jury in a kangaroo court where Gotham's officials are tried.

When found guilty, defendants are offered the choice of exile or death. No matter which option is selected, the "guilty" party is then forced to walk across thin ice, inevitably leading to them freezing/drowning to death. As such, Dr Crane is giving the guilty parties a death sentence no matter which option they choose.

Additionally, after googling the extremely advanced phrase "batman villain armour knight helmet", the guy you ask about in the picture seems to be Prometheus.

-3
Is there a death penalty in Gotham?

31
How long has Batman been carrying kryptonite?
16
Has anyone ever ambushed Batman at the bat signal?
18
Has there ever been a female character using the Batman name?
35
Has Batman himself ever taken seriously the idea that he indirectly causes Gotham to have more supervillains?
10
Has the Joker ever been inside the Batcave?
14
Has anyone ever been subjected to Joker Venom and Fear Gas simultaneously?
23
Have we ever seen Bruce Wayne getting facial re-constructive surgery?
11
Has Batman ever been the dictator?
8
Has Batman ever died and been resurrected?