How were Anakin, Obi-Wan, and Palpatine physically trapped by a ray shield?

In Revenge of the Sith, Anakin, Obi-Wan, and Palpatine are trapped by a ray shield on the Separatist ship the Invisible Hand:

It is specifically called it a "ray shield" by multiple characters:

BODYGUARD: General, we found the Jedi. They're in hallway 328.

They run down the hallway. Suddenly, ray shields drop around them, putting them in an electronic box in the middle of the hallway.

However, ray shields are (usually) only capable of stopping energy like blaster bolts. To physically block an object you need a particle shield.

The fact that ray shields do not block physical objects is supported by the (fully canon) Star Wars: The Clone Wars episode "Landing at Point Rain", in which Anakin was seeing running through a ray shield along with clone troopers1:

This shield is described as a ray shield in the episode description:

...On Geonosis, Separatist leader Poggle the Lesser, safe in his newly ray-shielded factories, creates thousands of terrible new weapons which march off the assembly line against the outnumbered clone army...

Ray shields' inability to block physical objects is also supported as a major plot point in A New Hope during the Battle of Yavin briefing:

DODONNA: The target area is only two meters wide. It's a small thermal exhaust port, right below the main port. The shaft leads directly to the reactor system. A precise hit will start a chain reaction which should destroy the station. Only a precise hit will set up a chain reaction. The shaft is ray-shielded, so you'll have to use proton torpedoes. 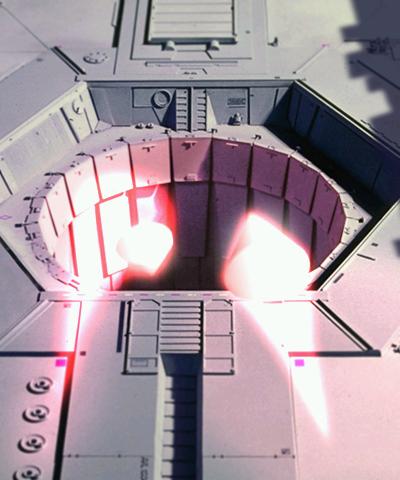 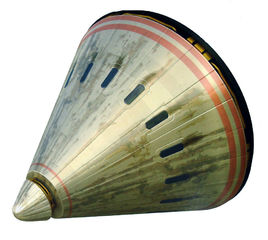 Hence, the Death Star was only destroyed because its ray shielded thermal exhaust port was vulnerable to physical proton torpedoes.

How were Anakin, Obi-Wan, and Palpatine physically impeded by the Separatist ray shield when the plot in two other canon sources depended on ray shields' inability to block physical objects (including humans)?

Note that this question is not tagged with star-wars-legends -- I have provisionally accepted the Legends answer, but I am still looking for a canon answer.

Okay so I did some googling and this is what I came up with from the starwars.wikia.com on deflector shields themselves not either of the 'sub-shields'.

Ray shields were also used as capture devices onboard capital ships; Obi-Wan Kenobi, Anakin Skywalker and Supreme Chancellor Palpatine were caught in a ray shield trap onboard Invisible Hand. Although designed to counter energy attacks, the energy given off by the ray shield would likely have disintegrated the Jedi duo had they attempted to pass through it.

Which fits in the behavior we have observed in the movies (obviously). Like I stated in my comment, in the original 3 movies the only definition given to a ray shields functionality is that it can be broken by proton torpedoes. That's it. So any behavior we see applied to them in later movies that doesn't directly contradict the "can be broken with proton torpedoes" rule we have to accept as acceptable behavior. Because that's what cannon is saying it can do.

we can clearly see that they don't try to touch it and tend to not move much at all. Which seems to support the line "would likely have disintegrated them."

After reading here, here and following and reading a bunch of links from this page, and links on this page I've come up with this LEGENDS answer.

Ray/Energy shields are meant to deflect energy from blaster bolts. They are different from Particle shields in that they always allow physical objects to pass through them. However the radiation/electrostatic energy coming off a ray shield can be anywhere from annoying to deadly for organic matter.

Also the strength of a ray shield seems to be in "how much energy can I absorb before my circuits overload" not "how strong is the field I project". This is what made ray-shields useful as capture devices. They can be used anywhere without worry of suffocating your captured victim (which a particle shield would do as it inhibits all particles from crossing it's barrier), and still act as effective movement inhibitors because a strongly projected ray shield would be deadly to organic captives.

This leads to the following 2 scenarios pictured in the question. A weakly projected large shield on Geonosis capable of absorbing lots of energy but also capable of allowing clones/Geonosians to pass through it. And a much smaller but much more strongly projected capture field on the capital ship which would have allowed the Jedi/chancellor to pass but would have killed them in the process.

Out of universe I'll go back to my first comment:

It doesn't actually say that they can't block physical objects. In fact, there is documented use of ray shields to imprison people; Ahsoka Tano was restrained by Cad Bane with one, and the Republic used them to house prisoners in their base on Coruscant.

This answer uses information that has been marked as Legends, therefore it is not canon to Star Wars.

Most shields that are shown in Star Wars are "deflector shields", a combination of particle and ray shields. What they are calling "ray shields" in ROTS are actually concussion shields. The Death Star's exhaust port was protected by ray shields, therefore they had to use proton torpedoes to attack it. Only particle shields protect against missiles. Most shields shown in star wars are either deflector shields or concussion shields.

A potential physical explanation could be that ray shields may interact with different types of matter based upon the frequency of their emission. That would explain why they interact with solid matter and plasma differently.

69
Why do blaster bolts move slower than the speed of light?
12
How could the Death Star II fire through its shield?
11
Can all proton weapons penetrate shields? Why?
4
Are lightsaber blades a different material from blaster fire?
6
Why were ray shield generators used in the interior hallways of combat spaceships?
3
How do shields in the Star Wars universe allow weapons to be fired from the inside?

30
Anakin, Obi-wan, and Count Dooku's fighting styles
64
Why did the Rebels have to fly along the Death Star trench?
17
How did Anakin and Obi-Wan intend to rescue Chancellor Palpatine?
6
Why were ray shield generators used in the interior hallways of combat spaceships?
11
Can all proton weapons penetrate shields? Why?
6
Did Yoda, Obi-Wan, and Anakin eventually dissipate?
34
Why were Anakin and Obi-Wan the only Jedi who were assigned to rescue the Chancellor?
6
Recycling Shields? Baffling Star Wars Naval Terminology