Is The Joker trained in any martial arts?

In any canon, do we ever see or find out if The Joker is or has trained in any sort of martial art or fighting style?

I've seen him go toe-to-toe with Batman before, I can't remember which animated movie it was but The Joker was armed with a flick knife and put up a good fight. I think they were in an abandoned building...

The following two scenes don't really show off his fighting skills, but they at least demonstrate his quick reflexes and strength across multiple canons. I suppose these attributes could be attributed to his hard life, as opposed to any training.

Generally he seems to be able to take a beating from Batman, but again, his endurance could be down to regular old insanity and not professional training.

The general consensus is that given his ability to fight Batman in various situations across universes, he must have at least basic hand-to-hand combat skills. His quick reflexes and agility also allow him to compensate for his lack of refined martial skills.

The DC wiki has this to say

In addition to being a deadly and unpredictable physical combatant, he is a brilliant and ruthless criminal mastermind.

The DCAU, Joker has his roots in the Mob, working as a chauffeur, and later as a hitman. His mob connections may have included him learning to fight.

Originally, the Joker possessed little more than average physical strength, albeit enough to regularly hold his own against the original Batman.

Basically nothing is known about the Joker in the Nolan films prior to him appearing on screen. Although as noted, he has quick reflexes.

The New Earth wiki says he has basic hand-to-hand combat skills. While Batman is stronger, the Joker is faster, more agile, and his chaotic fighting style makes him difficult to predict.

However, this skill in fighting can also be questioned, due to different artists having different reincarnations of the Joker. In some cases, he is so weak, that Batman can take him down with a single punch, whilst in other cases, he has proven to be more than a match for the Dark Knight.

Yet another [wiki] also says

Experience in hand to hand combat

No, he is not trained in martial arts, but remains a significant challenge because

Both Batman and Bane are seriously outclassing the Joker, but both are constantly aware of the dangers above and therefore cannot take down the Joker as fast as possible because they must be always on their guard.

At least in Injustice 2, in many of his clash lines he says the following:

And they say I can't fight! 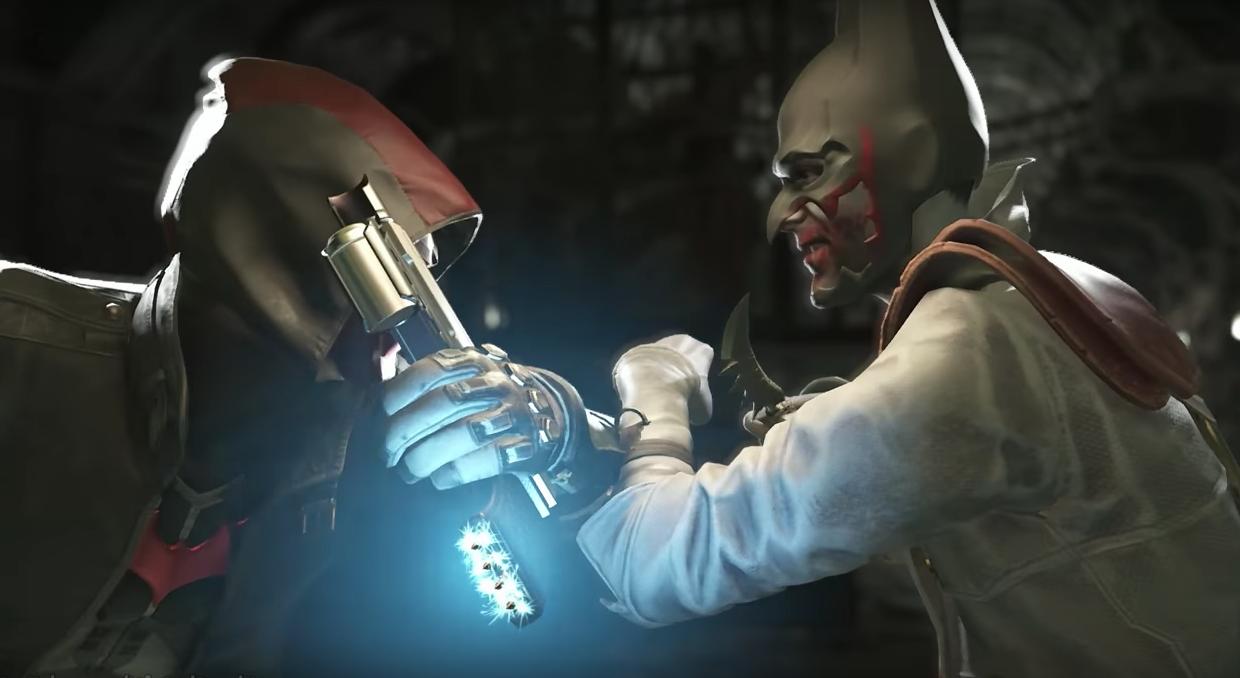 This likely proves that the Joker, because he is crazy, is actually very dangerous going hand-to-hand. People continuously underestimate his fighting ability, and as such, are in for a shock when they do fight him.

Not the answer you're looking for? Browse other questions tagged dc batman dc-animated-universe the-joker or ask your own question.

10
Who was Bruce Wayne's primary martial arts trainer?
12
How much older than Bruce Wayne is the Joker supposed to be?
11
Does the Joker consider any act of violence to be too wrong?
14
Which martial arts styles has Batman been said to use?
18
Why does the real identity of the Joker matter?
3
Batman 1966 - The Joker is Wild - who are the actors behind the busts?
49
Has Batman ever said he hates the Joker?
7
What does the Joker say in Tim Burton's Batman (1989)?
8
Even with his powers, doesn't Superman train and work out?
2
Did any DC hero (in particular Batman) ever learn any alien martial arts?