How does the new Deadpool movie relate to X-Men Origins: Wolverine?

Right so seeing as the new Deadpool movie shows the origins of Deadpool: specifically, he got cancer... blah blah had to get him the healing factor from Wolverine.

But that makes no sense — they used the same actor, so I'm assuming there must be some connection, right... right?

Short answer: We don't know because Deadpool hasn't come out, but Ryan Reynolds (who was heavily involved in writing/producing the movie) was pretty clear that his Deadpool character is a brand new character:

“Deadpool appearing in ‘Origins’ is not the Deadpool we are representing in this film, in any way shape or form.” src

Longer answer: Wade Wilson in Deadpool is not the same person that was portrayed in X-Men Origins: Wolverine, and will have nothing in common beyond happening to be played by the same actor. In fact, the primarily motivation for the movie being made was Reynold's desire to "do Deadpool right".

The trailer clearly shows the movie telling an origin story for Deadpool, that he was sick and used an experimental treatment to get better, and that he gained a healing factor while suffering serious scars on his face. We see none of the story of Stryker building Deadpool as a conglomerate of mutant powers in Deadpool.

They are so different I think it's obviously not related, but the major differences:

On a side-note: the reason it's the same actor is because the actor is the reason the movie got made. Ryan Reynolds was very interested in doing a real Deadpool movie, after playing such a horrid version of him in the Origins movie, that he personally spearheaded the Deadpool movie, with himself in the starring role:

we didn’t quite get Deadpool right there. So this is kind of an opportunity to put the most authentic version possible on the screen. src

No, they're not maintaining continuity between the two.

“Deadpool appearing in Origins is not the Deadpool we are representing in this film, in any way shape or form,”

While Wade Wilson was turned into a character vaguely similar to Deadpool in X-Men Origins: Wolverine, that specific story has been effectively undone by the events of Days of Future Past.

The new Deadpool movie does, however, exist within the post-DOFP x-men-cinematic-universe. Producer Simon Kinberg recently explained this:

But I work on all of those films in one capacity or another, either as a producer on all of them and as a writer on Fantastic Four and this movie, so I'm certainly aware of all the different stories we're telling at the same time, and they all are part of a larger fabric now, and so the world of Deadpool, the world of Gambit, exists in a post-X-Men: Days of Future Past post-X-Men: Apocalypse world where all of these stories are the same as our shared history. The same way that each of us of different ages knows about Nixon and knows about Reagan and knows about 9/11, our fictitious events like the stadium dropping on the White House in 1973 is part of the world in which Gambit, Deadpool, Wolverine 3 on forward exists.

In the movie, Deadpool visits The Xavier School for Higher Learning, and interacts with Colossus and Negasonic Teenage Warhead, both members of the X-Men. Additionally, Colossus repeatedly attempts to recruit Deadpool to the X-Men team.

More importantly, Deadpool is revealed to only have more recently gained his mutant abilities as an adult, as a result of experimentation, long after the events of X-Men Origins: Wolverine.

Breaking the fourth wall repeatedly, Deadpool references the previous X-Men movies. He has an action figure of Wade Wilson from the Origins movie, and comments that it's hard to keep the timelines of the X-Men movies straight. 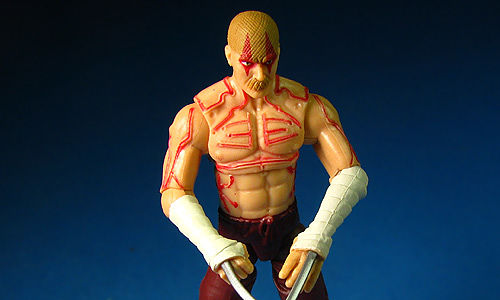 To quote from CinemaBlend's review of the movie's script:

Of course there’s a problem in turning Deadpool into a movie, it’s a problem caused by X-Men Origins: Wolverine where the character was first introduced, abused, ruined, and then killed. This script eliminates that problem brilliantly by, well, mocking it. The script never comes right out and mentions Wolverine, it’s all accomplished through one specific subtle reference, which says everything that needs to be said. It’s as though the character of Deadpool exists in a world where Wolverine is a movie that he’s seen, and hates. Deadpool literally throws everything Wolverine did to screw up this character in the trash can, and then spends the rest of the movie endlessly poking fun at the celebrity of Hugh Jackman.

To maintain continuity, DOFP has rewritten that timeline as well so it doesn't matter if it connects to XMen Origins. It can be the same character with a different timeline and by default a different path in this version.

user57978user57978
1
Add a comment  |
Highly active question. Earn 10 reputation (not counting the association bonus) in order to answer this question. The reputation requirement helps protect this question from spam and non-answer activity.

Not the answer you're looking for? Browse other questions tagged marvel x-men-cinematic-universe deadpool deadpool-2016 x-men-origins-wolverine or ask your own question.

3
Is Deadpool from the movie the same character as Wade in X-Men Origins Wolverine?
60
Has one actor ever played two different characters from Marvel?
11
Is X-Men Origins: Wolverine canon?
8
Which movies has Wade Wilson been in?

13
Why doesn't a healing factor cure cancer?
13
Uncanny, Astonishing, Ultimate and Legacy...How does this tie in with X-Men?
11
Is X-Men Origins: Wolverine canon?
8
Is the Deadpool origin story from the new movie (2016) sourced in the comics?
4
Which X-Men timeline does Deadpool belong to (post X-Men movies)
3
Does Deadpool feel pain in the Deadpool movie
4
Why would Wolverine be needed to greenlight Deadpool movie?
12
Did Wade Wilson have mutant powers before being turned into Deadpool in X-Men Origins: Wolverine?