Where does vault 101 get its food?

Vault 101 was originally designed never to open its doors to the outside world. The great war took place in 2077, and the events of Fallout 3 took place 200 years later (2277). We do know that Vault 101 has opened its doors a few times, but only to send out small parties of scouts, or to accept James and his child.

My question is this: Where did Vault 101 get the supplies needed to feed its populous? Specifically, where did it get the fresh ingredients needed to make things like a Birthday Cake: 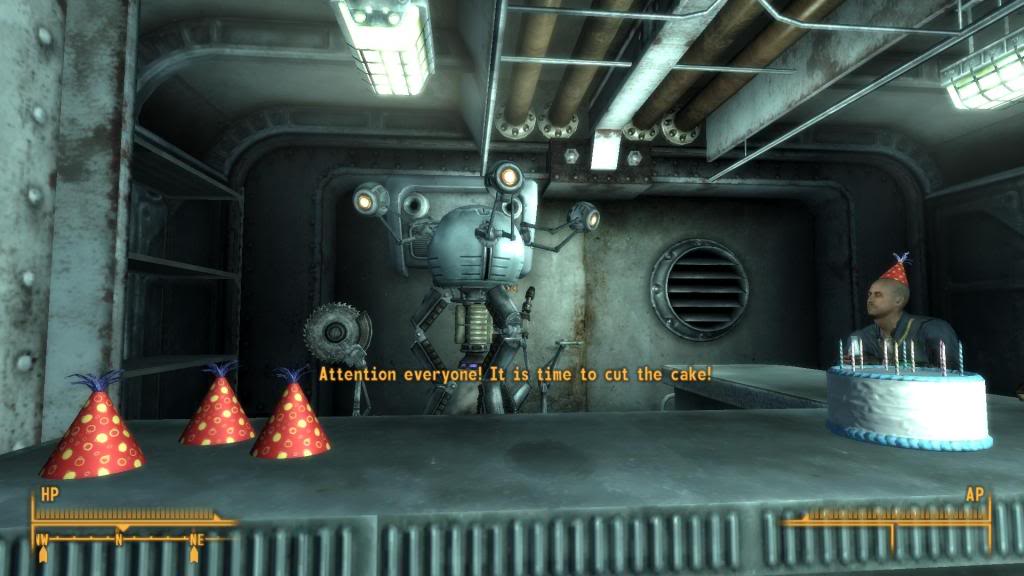 Or for Old Lady Palmer to bake Sweetrolls?

At least within the context of the game, the ingredients to make these don't exist in the wasteland. If the ingredients were stored all this time, would their shelf-life be long enough to survive the 200 years? And how much would need to be stored for there to still be a ready supply after 200 years?

According to the Vault Dweller's Survival Guide, vaults like Vault 101 contain 'hydro-agricultural farms and water purification systems'. This would account for the ability of the their inhabitants to survive almost indefinitely.

I see no reason why another vault manufactured at the same time, by the same company wouldn't have much the same facilities.

Also, according to the in-universe cutscenes, some vaults were also equipped with 'food synthesizers' although their mechanics and capabilities aren't explained.

"The vaults were set up to test humanity. Some had not enough food synthesizers, others had only men in them, yet others were designed to open after only 6 months. They each had a unique set of circumstances designed to test the occupants"

Even if all the above isn't relevant to Vault 101 (for some reason), powdered eggs and milk can be stored almost indefinitely as long as they aren't exposed to moisture. It's quite plausible for a small supply to last 200+ years.

You mentioned, a few scouting parties ventured out of the Vault into the wasteland. Perhaps, on their travels, they stumbled across some food in fridges, cupboards and food crates and if they were able to survive; they took what food they could find, back to Vault 101.

Not the answer you're looking for? Browse other questions tagged video-games fallout or ask your own question.

4
Where does Master Chief find himself at the end of Halo 3?
6
Where did Arkham Knight get his army?
10
Does Vault-Tec exist outside the US?
5
Does anyone remember a point and click game where you play as a kid, and a space object crashes into your house?
4
1988ish PC RPG that starts with navigating a raft to shore and has a scene where a village festival gives you food poisoning