Jedi/Sith using force in combat with other Jedi/Sith? [duplicate]

Ask Question
Asked 4 years, 5 months ago
Viewed 100 times
3
This question already has answers here:
Why didn't the Jedi/Sith use Force pull/push in the generator complex? (5 answers)
Closed 4 years ago.

Before reading this, bear in mind my knowledge of the Star Wars universe is solely from the films, so apologies if I say things that are incorrect.

So this has been bugging me lately -- Could Jedi/Sith use the force on other Jedi/Sith during lightsaber fights? If so, why don't they? I'm not talking full-out breaking their opponent's necks or throwing them across the room, but more like just pushing them off balance using minimal force push/pulling.

From other topics I've read, it seems the popular opinion is that force-users can block the use of the force on them by other force-users, and thus it is incredibly hard and requires great concentration in order to apply major force-manipulation to another force user (ie. breaking a neck). This leads me to believe that BOTH sides must be concentrating on use of the force to attack/defend.

I'm imagining this kind of scenario, but a mental battle: 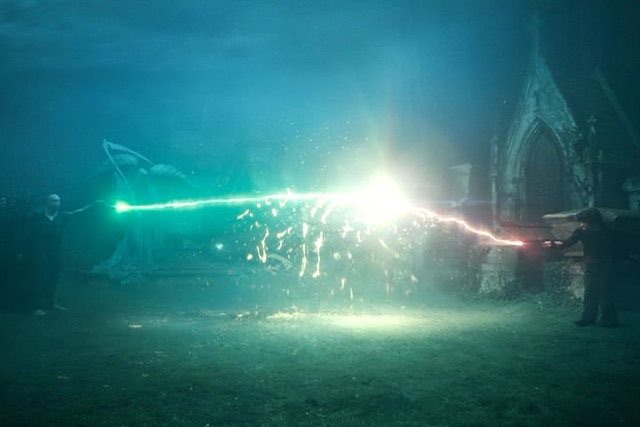 Now, given that during a lightsaber battle the individuals involved are most likely concentrating more on the fight and not on protecting themselves from the force, theoretically could a force-master -- during a fight with someone less accomplished with the force -- use periodic pushes and pulls to knock their opponent off balance?

Some might say they would have no reason to, but, as someone who has trained in martial arts, if I was trying to sword-fight (for lack of a better verb) someone, and the whole time I was being pushed around, I would lose pretty damn quick.

Another argument I've seen is that Jedi don't like to use the force in battles because it brings them closer to the dark side, which is acceptable, but why not Sith then?

Edit: The proposed duplicate seems to be asking more about a heavily concentrated push of the entire Jedis' bodies into the chasm, I'm suggesting more of a nudge off balance which I believe would require much less focus.

Browse other questions tagged star-wars jedi the-force sith or ask your own question.

26
Why didn't the Jedi/Sith use Force pull/push in the generator complex?
34
Why can Darth Maul successfully combat Qui-gon and Obi-Wan simultaneously, but not easily defeat them individually?
21
Why don't Jedi (or Sith) use the Force to snap their foes' necks?
2
Why didn' t either Darth Vader or Obi-Wan use the force in their final battle?
5
Force throw defense

102
Why Do Jedi Use One Lightsaber in Combat?
5
How much close control over physical objects is possible with the Force?
17
Could several Jedi peacefully overpower one Sith opponent through nonviolent Force techniques?
12
Can Force Ghosts fight with each other?
1
Are young Jedi more in tune with the Force than Sith and older Jedi?
8
Did Yoda (and other Jedi) have any lethal Force abilities?