Can anyone identify the upper body garment Khan Noonien Singh is wearing in the Star Trek episode “Space Seed”? 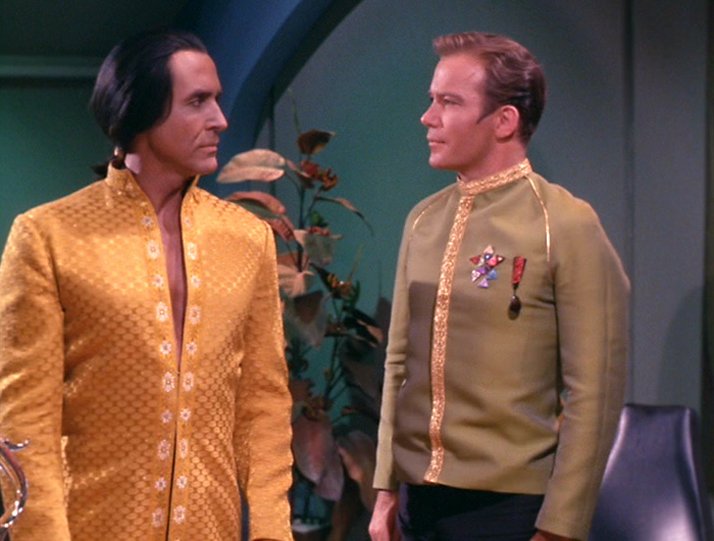 What is the above garment Khan is wearing called? Is it a jacket? Is it a shirt? Does it have a more specific name?

I thought maybe it might be European, but I've never seen anything like it in the USA. Since we have people from all over the world on the site I thought somebody else might have a more specific description of what it is.

Is there a way to procure one now in our universe?

A few years ago, considerable research was done into Khan, the development of his character, and the making of "Space Seed" by sociologists Maria Jose and John Tenuto, leading to a six-part interview with them by the official Star Trek web site.

From The Evolution of "Space Seed", Part 5, we have the following notes regarding the costuming for the episode:

The costumes of the original Star Trek were largely the result of the talents of William Ware Theiss... He had served for four years in the United States Navy before turning his attention to costume design.

Like all artists on Star Trek, Theiss had to regularly deal with many limitations, including budget, time and network rules, and "Space Seed" was a unique challenge. The costumes had to demonstrate the regality of Khan that was familiar to the audience, yet also be futuristic in their design.

Despite these limitations, Theiss’ output on "Space Seed" is remarkable for its iconic nature and its interesting symbolism...Theiss’ three original designs all have a common element: ovals. Khan's cryogenic outfit is entirely constructed of these ovals, interlocking together symbolically to mimic perhaps DNA helix strands...The interconnecting ovals again appear on Khan’s dress dinner jacket, a design that showcases Montalban’s physique and Khan’s superiority. 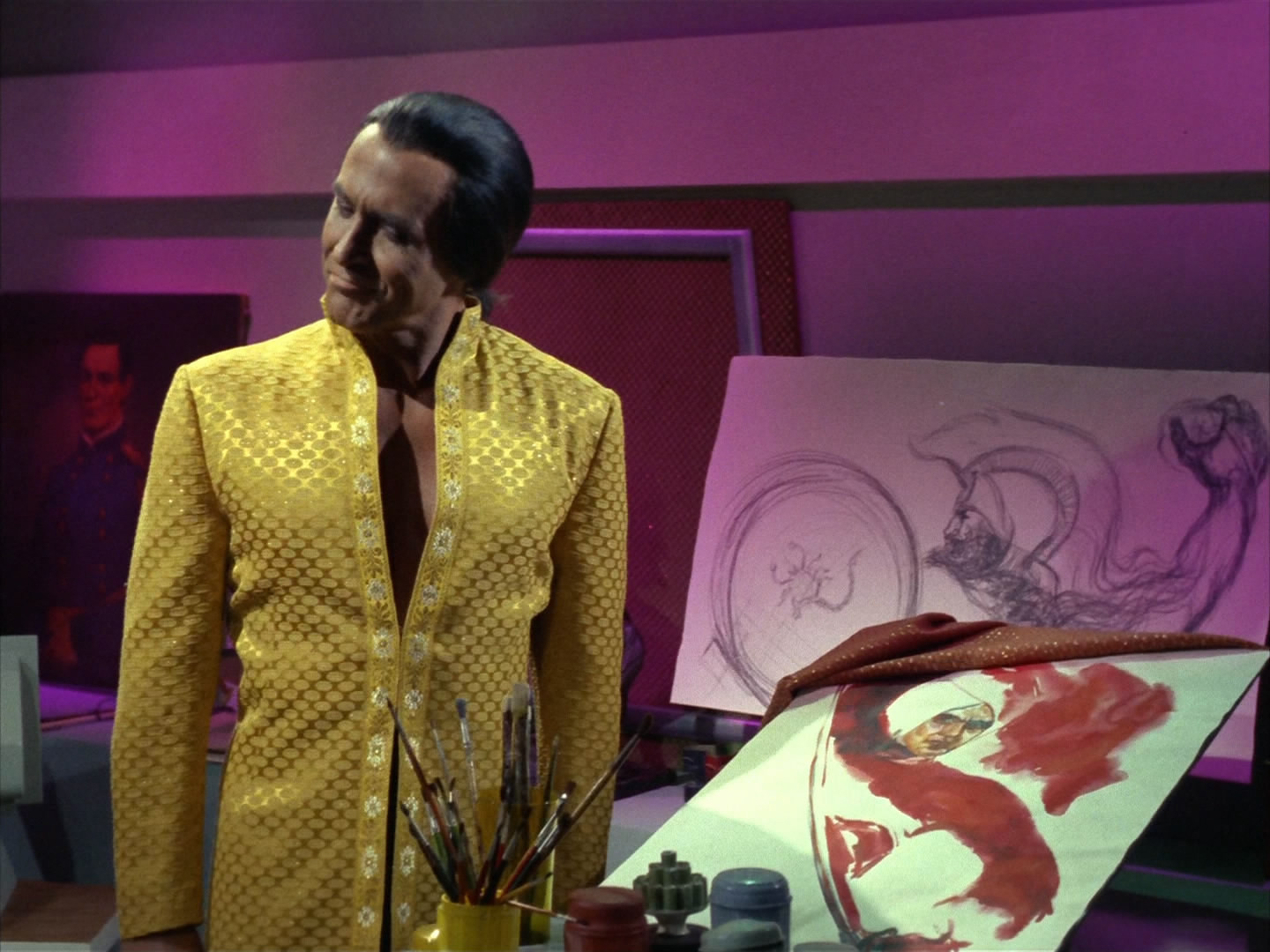 The tunic / dinner jacket is an original construction by Theiss, designed to display royalty and futuristic notes at the same time, as mentioned above. That is to say, it is not exactly an existing Earth garment.

But given Khan's ethnic origins in the Indian subcontinent, Theiss likely took some inspiration from traditional dress of that region, namely the achkan, Nehru jacket, and sherwani, as others have noted.

There also exist action figures of Khan wearing the tunic: 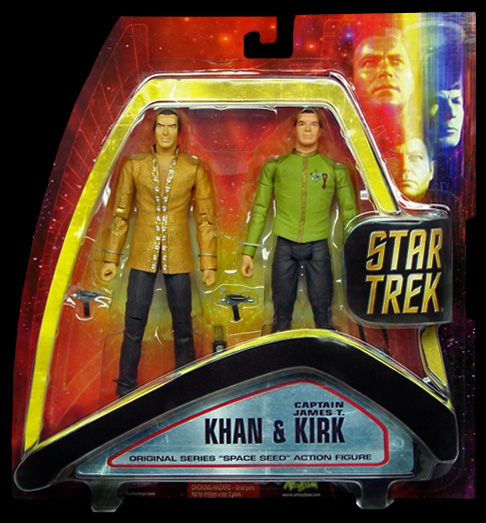 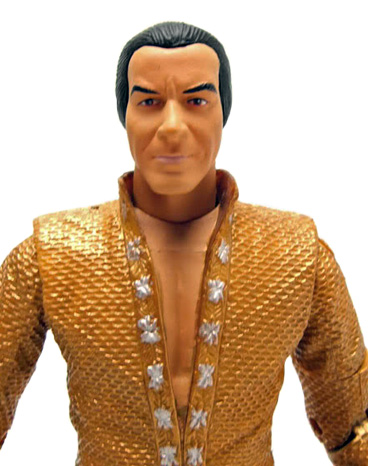 Unfortunately, the packaging for the figures doesn't have anything to say about the tunic.

Finally, as for purchasing a (life-size) version of the tunic, it doesn't seem to be a particularly popular item. I cannot find a vendor that has made exact replicas of it. Furthermore, the current location of the actual tunic worn on set by Ricardo Montalbán is unknown. (This is in contrast to his cryogenic-sleeper suit, which has been auctioned several times — see the Star Trek Prop & Costume Authority.)

I think it's called a Sherwani, a "long coat-like garment worn in South Asia, very similar to an Achkan or Polish żupan."

Here's an image from the link above: 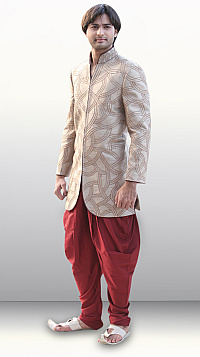 I'm Indian. Singh is a Sikh name. This looks very similar to what the groom wears at a Sikh wedding.

You can definitely buy one, just be aware that Indians are going to look at you funny.

While it's not a religious garment per se, I've never seen one outside the actual wedding ceremony.

The bride & groom usually change into something else for the wedding reception.

I don't know the name of the type of jacket, not being fashion conscious. But it does sort of resemble a Nehru Jacket, named after the prime minister of India.

I think that a Nehru jacket would have had a bigger collar worn straight up.

In an attempt to recreate this jacket for the Star Trek Cruise, with the help of answers on this page, I found out a little more about this outfit.

The pattern is based on the Nehru jacket, but with the Sherwani length and collar. I obtained a vintage pattern on Etsy. https://www.etsy.com/listing/526179885/vintage-1960s-sewing-pattern-butterick

The fabric is Luna Camel Gold Chenille Oval Texture Upholstery Fabric. No longer manufactured or sold online (as far as I could tell). [ 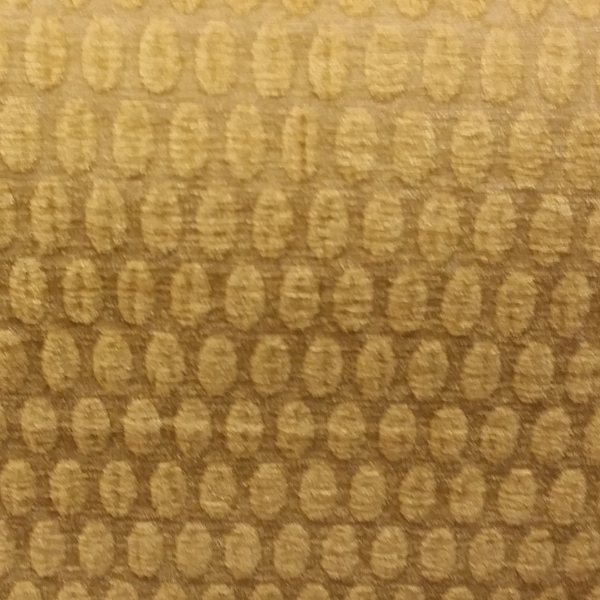 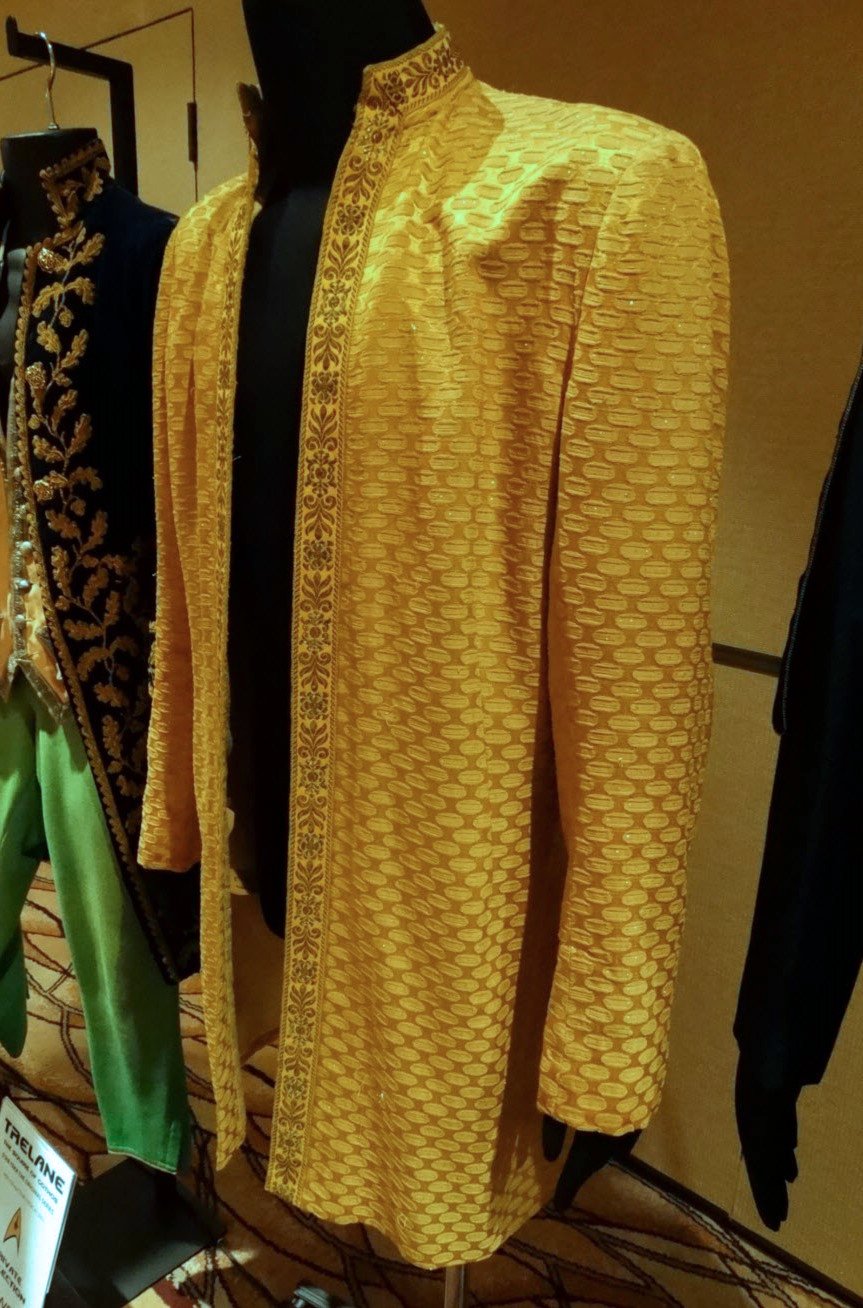 The trim is unknown and after searching through thousands of samples, I have not found anything that comes close.

In my costume, I replaces the oval fabric with a hex pattern and a trim from India my seamstress found. 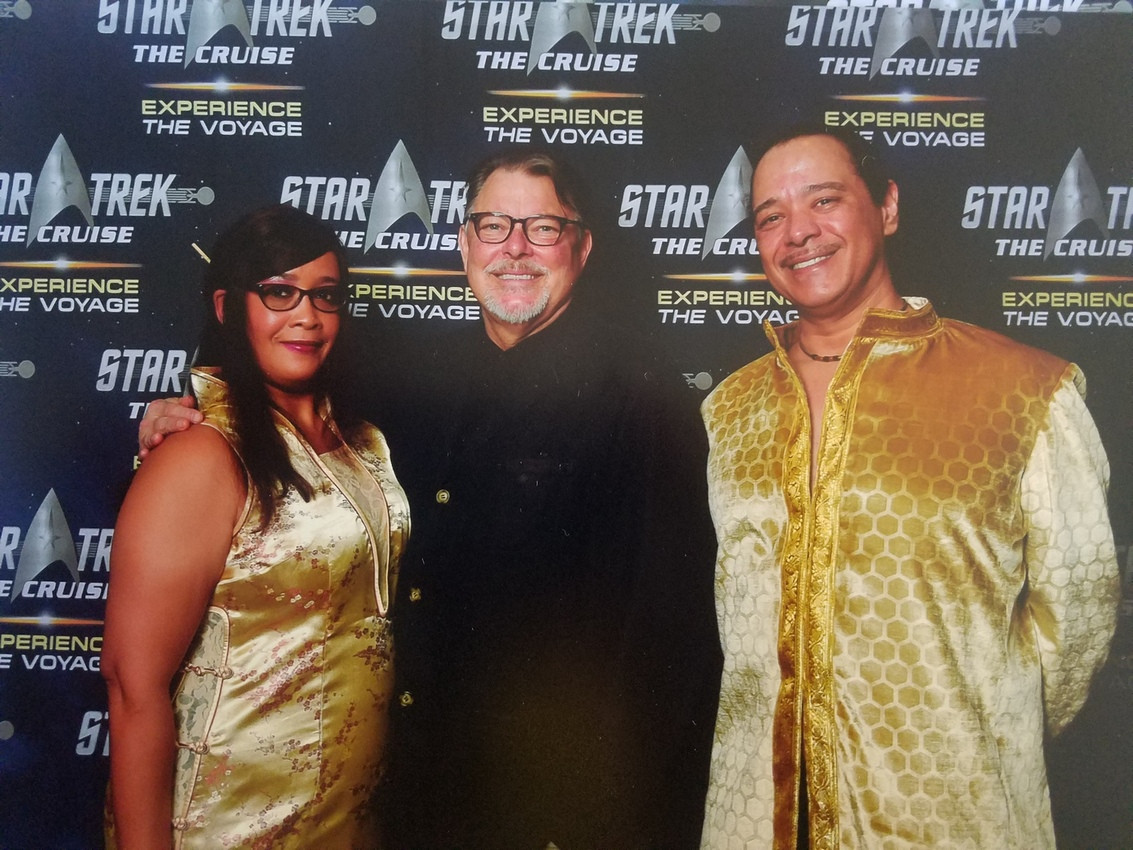 Not the answer you're looking for? Browse other questions tagged star-trek star-trek-tos costume or ask your own question.

19
Are Enterprise security personnel trained in combat?
6
In Star Trek reboot, is Khan from the 20th century?
62
In Star Trek TNG, why does everyone have plants at the head of their beds?
11
Why would Admiral Marcus need Khan's help?
12
What did it cost to make an episode of Star Trek?
25
Did the creators of Into Darkness research Khan?
19
In Star Trek what is space normal speed?
10
Was Trelane really seeing Earth 900 years ago, or perhaps 600 years ago, or could he see any time period he chose?
16
Was the use of Klingon ships by Romulans ever given an off screen explanation?
13
Discrepancy in uniforms around the dinner table: ST:TOS “Space Seed”