Why are Deanna Troi and her parents, Lwaxana and Ian Andrew, all named "Troi"?

As we know, Counselor Troi's mother is Lwaxana Troi and her father was Ian Andrew Troi who died suddenly in 2343.

How are they all named Troi?

The most likely to me seems to be that Ian took Lwaxana's name based on the following evidence:

From these point, I'm guessing Troi was not Ian's unmarried name.

But this is largely circumstantial. Is there evidence that this line of reasoning is correct? Did Ian take Lwaxana's name? Alternatively, is there some evidence that Lwaxana took Ian's name?

We never learn in any of the episodes or the films how family names were exchanged when Ian and Lwaxana were wed. Furthermore, the Star Trek Encyclopedia entry on Ian only lists him as "Ian Andrew Troi" and doesn't mention his name at birth (if it was indeed different). We are also told nothing about his parents.

Similarly, there is no canonical source stating Lwaxana's name at birth, nor do we know the names of Lwaxana's parents.

There is no evidence that Lwaxana used any surname other than "Troi" despite being married at least three times. Also, Memory Alpha indicates that Betazoid society is matriarchal in some respects. These observations lend some support to your hypothesis that Ian may have taken Lwaxana's family name.

Confirmed Betazoid family names appearing in episodes include Grax, Suder, Genestra, and Hagan. Of these, "Grax" is the closest in quality to "Troi". Note that Reittan Grax was a fairly powerful Betazed official, and as such may have come from a more noble family than, say, Lon Suder (a psychopath who fought for the Maquis and ended up on Voyager) or Andrus Hagan (a Betazoid scientist contracted out to Starfleet).

It could be that one-syllable surnames are generally more prestigious on Betazed, lending more credence to both the Betazoid quality of "Troi" and the need to preserve the name. 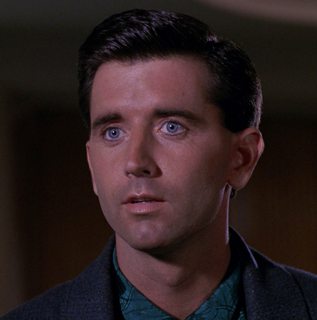 Devinoni Ral deserves some special attention, as he was only a quarter Betazoid, on his mother's side. Three of his grandparents were human and he was born in Brussels. He appeared in the TNG episode "The Price" as an interstellar negotiator of some esteem. The Betazoid quality of his one-syllable family name "Ral" lends further credence to the matrilineal propagation of "Troi".

The novel Star Trek: The Lost Era — The Art of the Impossible by Keith DeCandido has Ian Troi as one of its principal characters, and deals heavily with his marriage to Lwaxana. However, it frustratingly never comments on the issue of whom the name belongs to. It states that Ian was born in London, UK in the first decade of the 24th Century, but never comments on his name. He is referred to as Ian Troi throughout the novel, but this does not necessarily mean that Troi was his surname at birth, since his childhood and studies at the Academy are only discussed from the point of view of reminiscences from a time when he is already married.

Not the answer you're looking for? Browse other questions tagged star-trek star-trek-tng names betazoid or ask your own question.

61
Why did Deanna Troi keep wearing a Starfleet uniform after Chain of Command?
23
Why are all the Q named "Q"
8
Why was Deanna Troi missing from some of the first season TNG episodes?
22
Why were the twins named Luke and Leia?
40
How could Troi be promoted to Commander so easily, and why didn't La Forge and Data do the test?
13
What was Lwaxana Troi an ambassador of? and to?
5
Why couldn't Deanna Troi detect the presence of ensign Ro and LaForge?
39
Why are there two characters named Aegon?
17
Why are Lwaxana Troi and Reginald Barclay not present at Deanna Troi and Will Riker's wedding in Nemesis?