Is the 501st Legion accorded any special status or purpose in Disney's canon?

Before Disney, the 501st Clone Battalion can be said to be Palpatine's personal favourite, if he ever harboured any bias for particular clones.

The 501st distinguished themselves as the best performing battalion in the First Battle of Geonosis. As a result, Palpatine had them brought to Coruscant for additional secret training. They are subsequently deployed as Anakin's personal battalion, while certain units of the battalion are secretly attached, sometimes on a more permanent basis, to other units to help accomplish secret missions for Palpatine himself, among which include securing vital tech and equipment necessary to the eventual construction of the Death Star. On the eve of the execution of Order 66, all elements of the 501st are secretly transferred back to Coruscant again, this time commanded by the newly christened Darth Vader to destroy the Jedi Temple. During the Empire, the reorganised 501st Stormtrooper Legion remains under Vader's command, and comes to be known as Vader's Fist.

Under Disney, however, much of the above cannot be considered canon since most of it is sourced from Battlefront II, which is considered Legends. From the Clone Wars series, I know that the 501st remains Anakin's personal unit, and is certainly the one that followed him into the Jedi Temple. Is there anything under Disney's canon that I do not know of? Is the 501st still purpose-trained for the specific mission of storming the Jedi Temple? What about thereafter? Did they enjoy any special status under the Empire?

It is Vader’s “personal legion”

According to the canon book Battlefront: Twilight Company:

Chalis just shook her head. Namir repeated the question, leaning in close, trying to demand her attention. Finally she looked up, lips twisted into a bleak and bitter smile.

Chalis squeezed her eyes shut and nodded. “His shuttle landed ten minutes ago. He’s coming for me.”

There is some continuity with the clone troopers that Anakin led previously:

Anakin’s troopers are part of the 501st Legion, later known as “Vader’s Fist.”

This is on the scene where Anakin and his troopers assault the Jedi Temple, as seen in this picture: 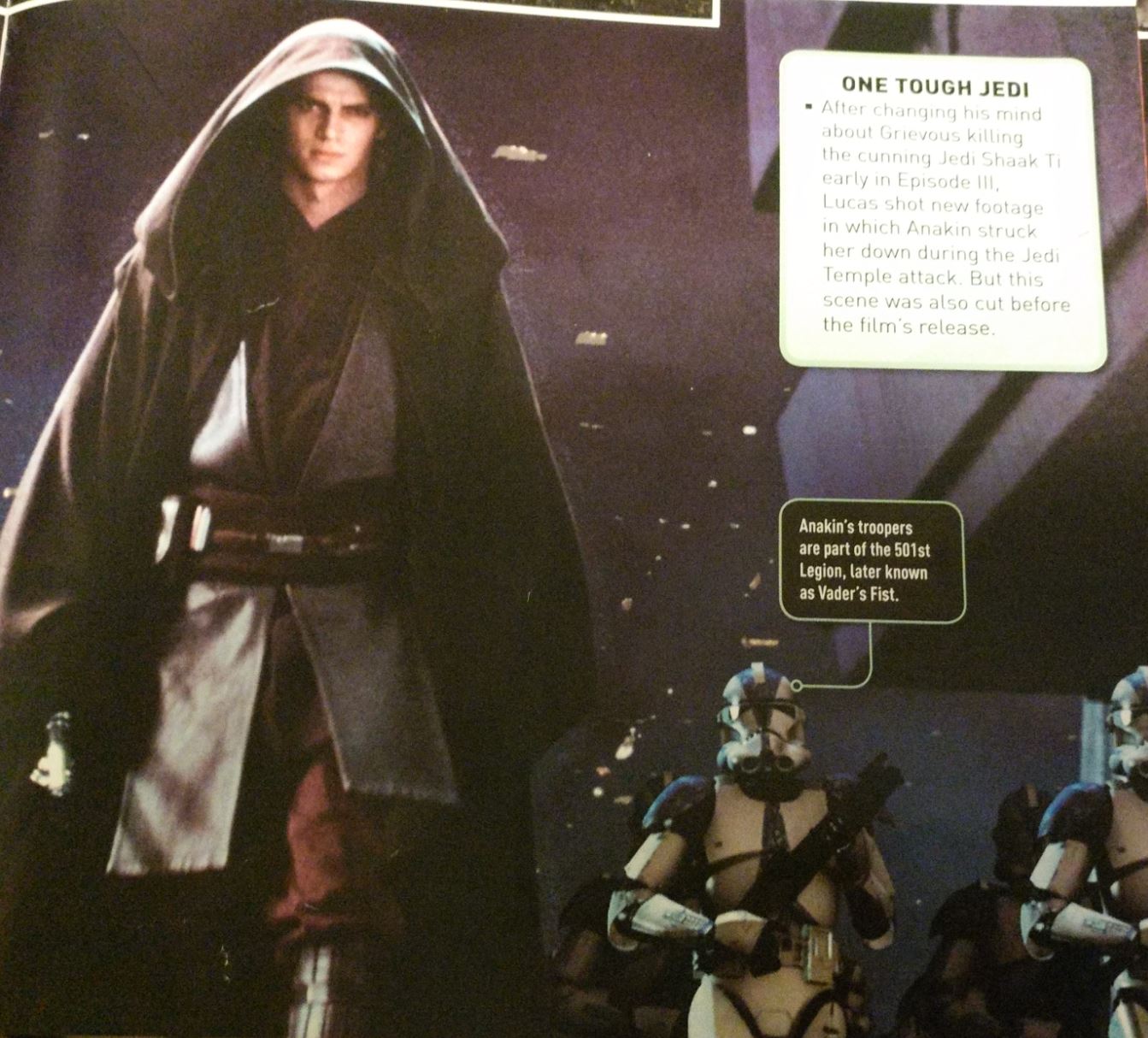 This suggests that the clone troopers Anakin took to the Temple stayed on (as opposed to being killed, for example). So they remained Anakin’s personal squad after he became Darth Vader.

It seems that some of the people in the 501st were clones, but most were not, at least as of some years after the rise of the Empire:

“Excuses won’t suffice, Sergeant Crest,” Vader cut him off. “Perhaps you are aging too quickly to remain on active duty.”

Tarkin couldn’t make sense of the remark until he realized that Crest’s was a face he had seen countless times during the war—the face of an original Kamino clone trooper. The bare-headed others comprising Vader’s squad were human regulars who had enlisted after the war.

This of course assumes that “Vader’s squad” refers to his personal squad, as seems likely. It’s not clear whether most of the original members aged out, or whether they were dismissed or killed by Vader for “failing him for the last time.”

Canon doesn’t seem to say whether they enjoyed any particular privileges. They might have been feared by the other stormtroopers, but on the other hand they presumably had poor job security, due to Vader’s poor tolerance for errors (as indicated in the quote from Tarkin).

They are Vader's personal stormtrooper squad.

10
Why didn't Palpatine/Vader crush Organa in between 2BBY and Alderaan's destruction?
18
When/How does the Empire say Anakin Skywalker died?
23
When and how does the Emperor learn that Luke is Vader's son?
12
Did the Jedi Temple Guards defend the Temple against Operation: Knightfall?
27
What's the story behind the fallen statue on Jedha?
10
How and why was the 501st Legion on Mandalore and Coruscant at the same time?
11
Is Snoke a part of Operation: Cinder?
49
Is there an in-universe explanation given to the senior Imperial Navy Officers as to why Darth Vader serves Emperor Palpatine?