Recall reading a sci-fi novel some years ago. The story goes like this, science have discovered a way to track a dead persons conscious through some quantum mechanics trickery. Meanwhile the Catholic Church have split into fractions where one is lead by a purple Pope. Anyone knows what book this was?

Following on from my comment above, someone else posted an answer here that sounds like a match, The Lucifer Code by Michael Cordy. 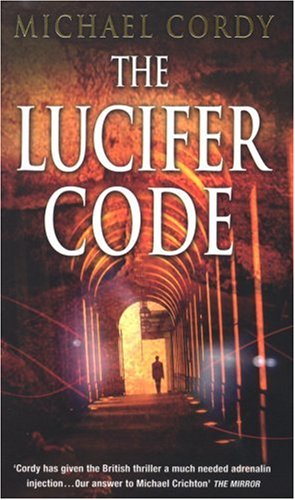 What happens to us when we die?

Oblivion. Or so believes Dr Miles Fleming, a brilliant, young neuroscientist who has developed a device capable of reading human brainwaves. But when his own brother contacts him after being certified dead for six whole minutes, Fleming wonders if he's got it all wrong.

His search for the truth uncovers a terrifying religious conspiracy to stage the most ambitious experiment the world has ever seen - to prove beyond doubt the existence of a heaven or a hell. As the world awaits the final judgement, Fleming must confront his own demons to save not only his own soul but that of all humanity.

It doesn't have a purple Pope, but it does have a Red Pope.

2
Looking for a book where computers communicate with dead souls

0
Fantasy book about purple pain-stealing crystals
8
Short story: guy discovers duplication spell, clones himself for music band in the woods, one clone leaves and starts revolution
9
Looking for a recent Sci-Fi anthology. (I had a copy and lost it)
11
Short story about two entangled quantum physicists