How was Ronan able to handle the Infinity stone without being destroyed?

The Collector: These stones, it seems, can only be brandished by beings of extraordinary strength.

Ronan is able to, briefly, handle the stone and smash it into his hammer to wield.

The Collector intimates there is enough energy in the stone to destroy him.

The Guardians of the Galaxy prove this later in the film.

Why isn't Ronan destroyed when he opens the orb and handles the Infinity Stone.

It's worth noting that earlier on in Guardians of the Galaxy, one of the The Collectors slaves is able to hold the Power Stone for a limited amount of time, before it destroys her.

Also, later on we see that Peter Quill (with some help from his team mates) is able to hold and even use the Power Stone, indicating that it isn't neccessarily physical strength that allows the user to hold the Power Stone.

It is my belief that Ronan would have been destroyed by the Power Stone if he had of held it for much longer, which is why he embedded it into his hammer. This is mostly based on the reasoning I give in my answer to another question here, which uses the fact that Asgardians seem to be cautious when handling Infinity Stones and that Kree are roughly as strong as Asgardians.

When the Infinity Gauntlet storyline initially started up in the comics, Thanos notes that to wield the gems takes an extraordinary amount of not only physical strength, but strength of will and mental resilience.

As others have noted, the Kree are an exceptionally strong race (on par with Asgardians), and Ronan was certainly strong-willed. Being such a petulant, ego-maniacal fanatic, one can't be sure he'd have withstood the mental stress of the gem had he held it any longer than he did.

Even wielding it through some kind of conduit (scepter, hammer, gauntlet) leads to gradual degradation of sanity in the comics. This has yet to be established in the MCU, but it would certainly be in keeping with the behavior of wielders we've seen so far, so it's a point to consider.

Another important note: Nova Prime mentions at the ends of GOTG that Star-Lord's genetic makeup included DNA from an alien species with no known record. Quill is only HALF-human, which most likely helped him withstand the stress of the gem.

Consider what Ronan actually does with the stone.

He handles it for a very brief time with his own hands and then immediately inserts it into his hammer.

As we see elsewhere in the movie, the stone can be handled safely when it is inserted into another vessel (like an orb).

Ronan was powerful enough to briefly handle the stone, but we're only talking mere seconds, as even he can be seen in pain until he puts the stone into the orb. Even Peter and Carina, the slave girl, were able to hold the stone unprotected for a brief moment before the stone began to harm them. 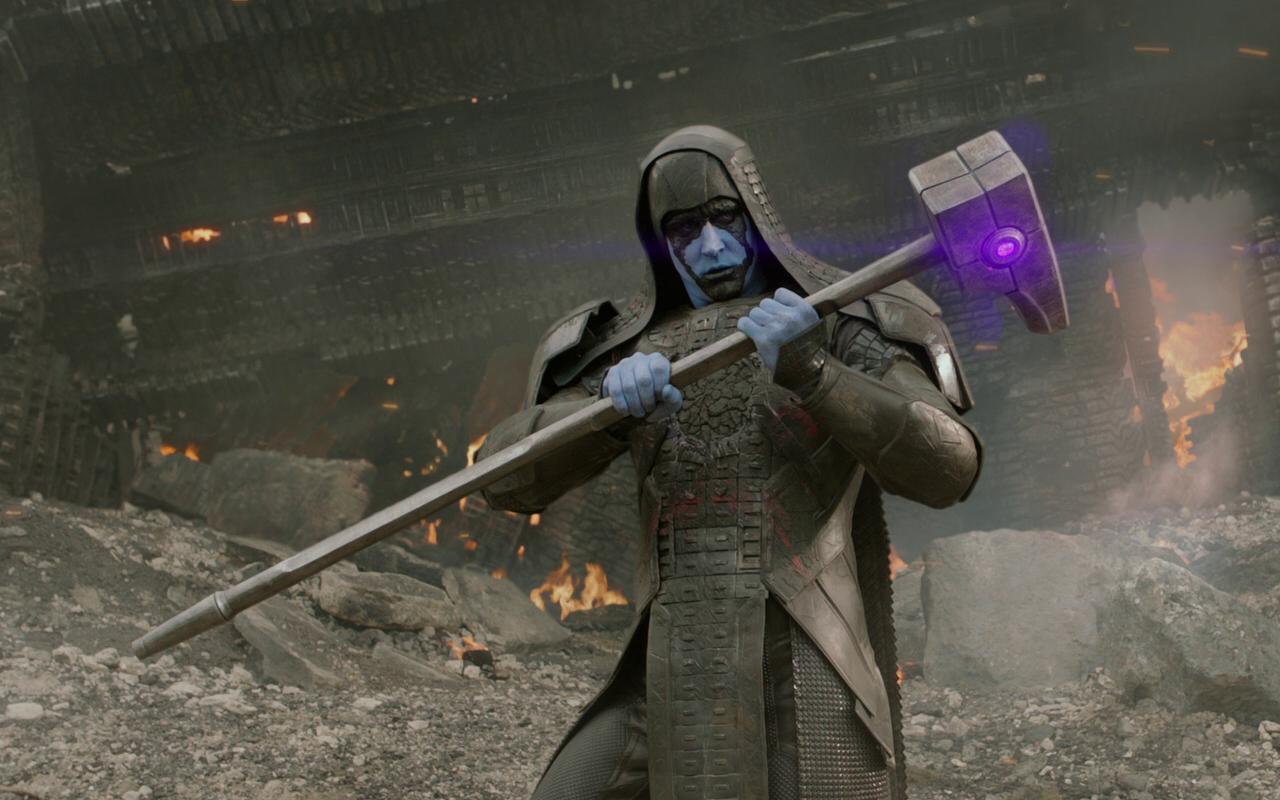 17
Can Thor wield any Infinity Stone?

18
What is required to wield an infinity gem?
7
Is Jane Foster superhuman?
27
Why was this item left relatively unguarded on a barren planet?
6
How does the Power Stone determine power?
10
How could Ronan use the power of the Infinity Stone without having physical contact with it?
15
Is Aether really an Infinity Stone?
11
How does Thanos know what size slot is needed to hold each Infinity Stone?