The first in a series of science fiction novels by Orson Scott Card as well as a 2013 movie of the same name. A child prodigy is trained nearly from birth to defend mankind from a formidable alien enemy. Use this tag also to refer to the whole series.

Ender's Game is the first in a series of science fiction novels by Orson Scott Card winning both the Hugo and Nebula awards. The book was made into a film in 2013 starring Asa Butterfield, Harrison Ford and Ben Kingsley.

It tells the story of a child prodigy and others like him, trained nearly from birth to fight an alien menace known as either the 'Buggers' (in the earlier novels) or the 'Formics' (in the later books and movie) 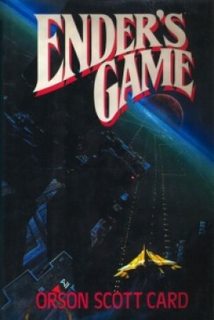 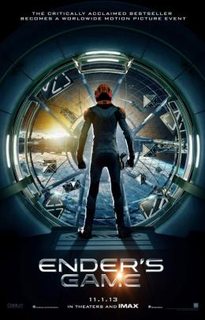 Is anyone else not buying the Buggers' story?

Why does the I.F. use old ships in the final battle at the Formic homeworld?

What does Mazer Rackham (Ender's Game) mean when he says that the only teacher is the enemy?