Futurama is set in New New York at the turn of the 31st century, in a time filled with technological wonders. The city of New New York has been built over the ruins of present-day New York City, referred to as "Old New York."

Various devices and architecture are similar to the Populuxe style. Global warming, inflexible bureaucracy, and substance abuse are a few of the subjects given a 31st-century exaggeration in a world where the problems have become both more extreme and more common. Just as New York has become a more extreme version of itself in the future, other Earth locations are given the same treatment. 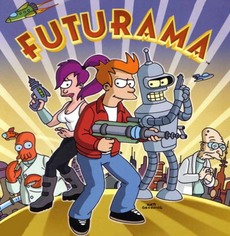 How do they travel so fast in Futurama?

How was the cryogenization of Fry not discovered sooner?

What's the supposed pun behind the name I.C. Wiener?

Why does Kif appear at the end of “Where No Fan Has Gone Before”?