For questions about the magical castle featured in J.K. Rowling's Harry Potter series. Must be used in conjunction with the [harry-potter] tag. 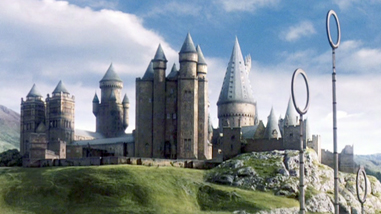 The Hogwarts School of Witchcraft and Wizardry is the primary setting for most of the Harry Potter books, movies, and games. It is a fictional boarding school located somewhere in Scotland. Around the castle there is a lake, a Quidditch field, and the Forbidden Forest. The castle and its grounds are protected by magic.

Students typically attend Hogwarts for seven years, starting at age eleven. They are divided into four houses: Gryffindor, Slytherin, Ravenclaw and Hufflepuff, each named after a founder of the school.

Hogwarts: So why aren't the kids "doing it"?

Why would Snape set his office password to 'Dumbledore'?

Hogwarts: So why aren't the kids "doing it"?

Why do less-bright students end up in Slytherin?

Why doesn't Hogwarts have more teachers?