For questions about the Marvel character "Loki". In the Marvel properties, he is the half-brother of Thor, and constantly at odds with his half-brother. Loki is based on the traditional Norse god of mischief. Use with the [marvel] tag and any relevant works tags.

A marvel universe villain. Loki is one of several powerful beings from the magical realm of Asgard, who have been worshipped as gods. Odin, once the ruler of the Asgardian gods, led his subjects in a war against their enemy, the frost giants from the land of Jotunheim (one of the nine worlds of Asgard). Laufey, king of the frost giants, was slain in battle and the giants were defeated. Surveying the spoils of war, the Asgardians discovered a small Asgardian god-sized baby hidden at the giants' main fortress. The infant was Loki, whom Laufey had kept hidden due to his shame over his son's diminutive size. Odin remembered his father Bor’s dying words to adopt the son of a father killed by his hands; Odin adopted Loki into his own family, raising Loki like a son along with his biological son, Thor(thor-marvel).

God of Mischief – God of Evil

One of Lokis in Marvel comics (there are lots of): 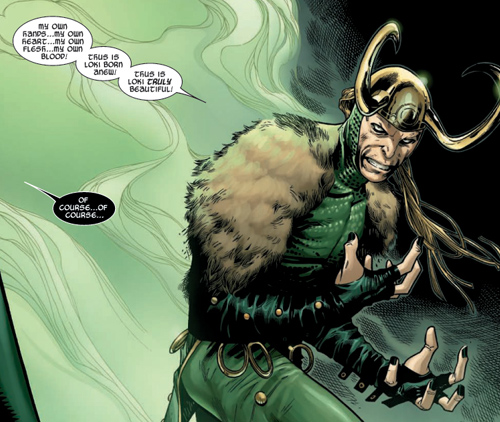 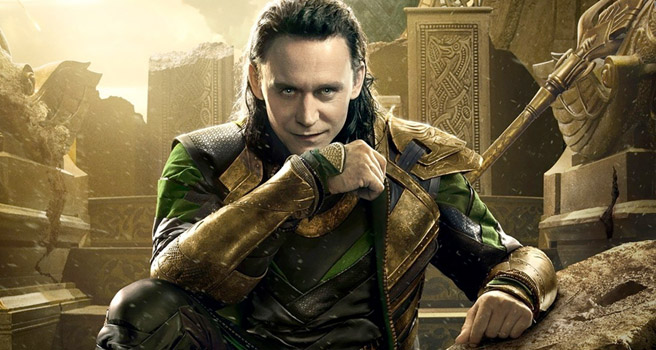 In The Avengers, how is it possible that the Hulk can overpower the god Loki?

What was the purpose of Loki's conquest of Earth?