For questions about the 2017 TV Series Marvel's Runaways, created for Hulu. Always use in conjunction with the [marvel] and [marvel-cinematic-universe] tags.

The series follows six teenagers who unite to fight against The Pride a criminal group consisting of their respective parents. 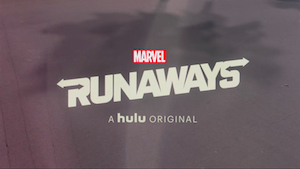 When is Runaways set?

How can Tina Minoru’s timeline be reconciled?