Time And Relative Dimensions In Space - The TARDIS is a time machine and spacecraft in the science fiction television show Doctor Who and its associated spin-offs, often noted for its interior being substantially larger than its exterior. Always use in conjunction with the [doctor-who] tag.

The TARDIS (/ˈtɑːdɪs/, an abbreviation for "Time and Relative Dimension(s) in Space") is a time machine and spacecraft in the British science fiction television programme doctor-who and its associated spin-offs.

A TARDIS is a product of the advanced technology of the Time Lords, an extraterrestrial civilization to which the programme's central character, the Doctor, belongs. A properly maintained and piloted TARDIS can transport its occupants to any point in time and any place in the universe. The interior of a TARDIS is much larger than its exterior ("It's bigger on the inside" is a running trope within the show), which can blend in with its surroundings using the ship's "chameleon circuit". The Doctor's TARDIS usually takes the form of a blue "Police Box" since its chameleon circuit has broken.

Source: TARDIS on the English Wikipedia. 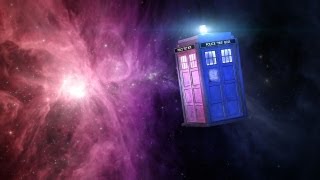 Why did the Titanic damage the TARDIS?

How Does The TARDIS Not Get Noticed?

Out of universe, what makes the TARDIS noise?

When do phone calls to the TARDIS come through?

If the TARDIS is infinite, doesn’t that mean it contains everything?