For questions about The Silmarillion, a collection of works by J.R.R. Tolkien posthumously published by his son, Christopher in 1977. Also refers to the unpublished body of work of the same title that the former was based on. Always use in conjunction with the [tolkiens-legendarium] tag.

The Silmarillion is a collection of J. R. R. Tolkien's works edited and published posthumously by his son Christopher Tolkien in 1977. These describe (incompletely) the universe in which the lands of Valinor, Beleriand, Númenor, and Middle-earth are found and the history of these places, which were only hinted at in The Lord of the Rings.

The main parts of The Silmarillion include:

Questions with this tag should also be tagged with tolkiens-legendarium, which covers the whole franchise of works in the Middle Earth universe, such as The Hobbit and Lord of the Rings. 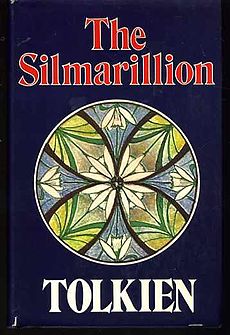 Why does Gandalf show such reverence for Galadriel and Elrond?

Tolkien calls Sauron Morgoth's Greatest Servant - But does he ever really earn that with his actions?

Did Tolkien ever specify that Orodruin was a volcano?

How powerful is Eru Ilúvatar?