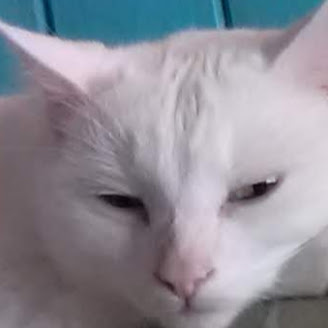 old skool terminal user who was forced into the world of windows for work at the age of 22, never looked back until recently (now i'm 44) and want to go back because windows just got too bloated, including things that are un-bloatable (i'm talking to you, Cortana, etc).

I grew up in the UK, using my Sinclair ZX81, and upgrading the massive Sinclair Spectrum 48k version!! Also lived with BBC Microcomputers (our version of the C64) and self-taught programming using BASIC & Assembly Language; i even dabbled in "Machine Code" (hex).

Moved to Linux when PC's started appearing in the general public's environment. Self taught "C" (the 80's/90's version), COBOL and Pascal.

Recently had a brain injury which has affected my short term memory, so it's very hard to relearn things i have forgotten, and new things, hence lots of simple and stupid questions.

My system is at home on a desk (a desktop, if you will), it's about 2 years old, so ancient in computing terms, but it's good enough for me. I run a media server (who doesn't?) on it; no torrent-ing though, but lots of stuff to play with. I en/re-code video files, edit them, and play with soundtracks for them.

It's a "playing" machine with Ubuntu 16.04 LTS on it with Gnome3. I've removed bloats from it that i'll never use (making sure nothing important went), and it has LAMP installed.

I'm easy going and sometimes over-complicate things because i try to foresee any clarification questions arising from my posts.

I'm not an idiot, and will have tried the obvious answers to things before i ask, but because of the brain damage, i do get frustrated with problems a lot more easily than i used to, but that's my problem to live with, not yours; it's just information. I know how google works, so i only ask a question when i am unable locate an actual solution myself.

I very much prefer to use terminal to perform tasks vs GUI software, but i do use a desktop just to make things pretty and easier to use (auto file transfers/browsing/office type software, etc)

All Questions Answers
Votes Newest
7 Why is this specific pose so prevalent in the MCU at the moment? Aug 1 '18
6 Where are Drax's nipples? Jun 15 '18
1 Why does this character not reveal SG-1's location in “Secrets” May 13 '18