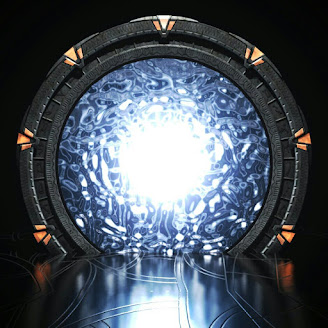 I watch way too much sci-fi and get far too carried away with the little details about the mechanics of these fictional universes. And I will discuss these mechanics in detail with you. I always have to stop whatever it is I'm watching, and come up with a theory as to why something works the way it does before I can move on with the show.

I've seen all of Stargate SG-1, Stargate Atlantis, Stargate Universe, Star Trek: The Original Series, Star Trek: The Next Generation, Star Trek: Deep Space Nine, Star Trek: Voyager, Star Trek: Enterprise, Star Wars: The Clone Wars, and all of the movies within the same franchises (that have been released before August 2016). I liked every single one of these shows and movies, excepting Star Trek I and Star Trek V (that means I actually like the Star Wars prequels).