I'm looking for the name of a sci-fi book that I read as a kid in the mid-sixties. The book was in our school's classroom library, I was in third grade I believe.

It was about a boy who was traveling to different worlds and finds a telepathic "rock" that helps guide him. At the end of the story the "rock" hatches into a small sarcastic dragon?

I believe this was my once long-lost book as well. I found it while looking for an answer to another question on this site. I can't really confirm the details as it's been forever since I read it from my elementary school library. I would love to find an affordable copy.

In the twenty-second century, young Johnny and his friends are preparing [not] for a dog or pet show, but for an Extraterrestial Animal Show. With the weird ""rock"" as his entree, Johnny walks away with the Best In Space ribbon to the amazement of all the other contestants. Subsequently, Johnny, Cherry and Uncle Rob set off on an X-Tee expedition. Strange things happen after a spaceship-wreck lands the three on an odd planet, but in the end, the incomprehensible becomes comprehensible. 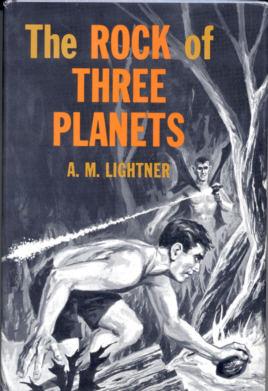 Not the answer you're looking for? Browse other questions tagged story-identification books dragons telepathy or ask your own question.

6
Fantasy/Sci-Fi kids book: boy and telepathic owl/bird - in space/other planets setting
2
Earth boy goes to a magical fantasy world when he sleeps
6
80s/90s movie: teenagers go inside a crashed asteroid/craft, destroy alien eggs except one, alien parent goes on a rampage looking for its offspring
5
Children's book about a dragon who could not breathe fire
1
70s-80s sci-fi collection with aliens and a girl werewolf who may have eaten cats
6
Fantasy book about a group hunting down a dragon
3
Book about a boy who accidentally hatches dragons at his grandparents' estate