When (in which year) is Alien set?

Does the Alien film give any clue as to in which year it takes place? Or do any of its sequels?

If not the exact year then do we have any clues, e.g. 500 years in the future? 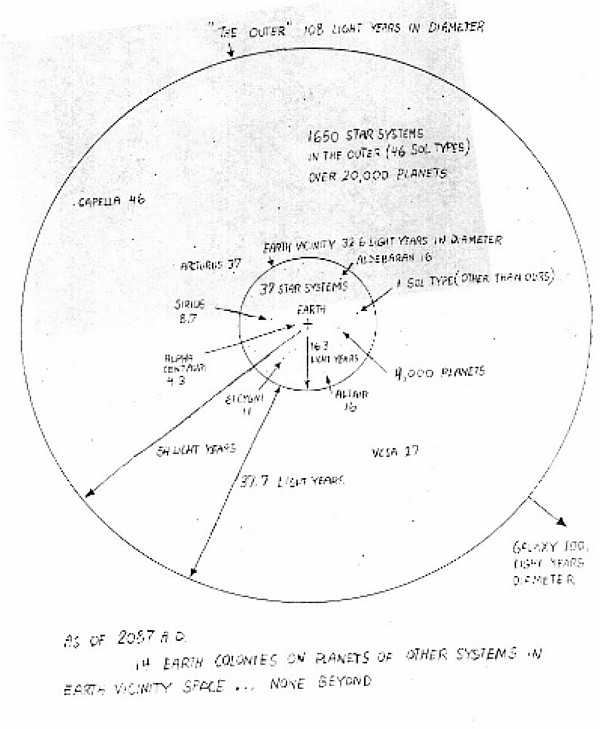 After that, there was no info.

According to IMDb, Ellen Ripley was born in the year 2092 in Olympia, Luna. In 2122 she was employed as Warrant Officer for the Weyland-Yutani corporation and was third in command on the USCSS Nostromo. So, if you factor in the round trip, the film takes place in about 2127.

According to the factbook "Aliens: Colonial Marines Technical Manual", the events of the film Alien took place in the year 2122.

"Okay — the initial encounter took place over 57 years ago; reference 6/3/2122. Most of the information we have here comes from the record of the woman Ripley's testimony to the ICC inquiry earlier this year — the full transcripts are in the first appendix to your briefing notes. The veracity of Ripley's account may be the subject of some discussion; though we can assume her story to be generally true, some of the specifics are almost certainly inaccurate or at least exaggerated, unfortunately, corroborating data is not available, for reasons which will become apparent later."

When Ripley was picked up by the salvage team at the beginning of Aliens (part 2 of the saga), she had been in a 57-year cryo-sleep. When Burke informs her that her daughter died, just 2 years earlier at age 66, the DECEASED date on her daughter's picture reads 12.23.20. As far as I've seen, there is at no other time, a hint of a date given.

May 23rd - Kane graduates with honours from Weatherly Private School.

January 4th - Dallas is given command of USCSS Nostromo (flight status B).

January 5th - Kane and Lambert are assigned to the USCSS Nostromo as Executive Officer and Navigator respectively.

September 10th - Parker and Brett join the crew of the USCSS Nostromo en route to Thedus, as Engineer and Engineering Tech respectively.

June 3rd - 6th - USCSS Nostromo encounters what is assumed to be a distress signal emanating from the planetoid designated LV-426, in the Zeta-2-Reticuli system. Captain Dallas, Executive Officer Kane, and Navigator Lambert investigate a derelict spacecraft that contains the fossilised remains of an unknown alien species, and thousands of Xenomorph eggs. One of the Xenomorph spore (‘facehugger’) attaches itself to Kane’s face and plants an embryo in his throat, which then hatches, killing the host.

There is also this source that is practicly the same as my original source except for the Construction of the Nostromo wich in the second source they said it was built in 2116 instead of beeing refitted as a commercial towing vehicle after its original construction in 2101.

As Ripley joins the USCSS in 2120 on the Nostromo cruise , and lands on LV-426 ( Moon which is one of the Xenomorph planets ) in 2122 , June 3rd . Action seen in the film takes place on June 4th , Ripley manages to kill the Queen Xenomorph even though it escapes with her in the small shuttle . Ripley returns to hypersleep with the spaceship cat Jonesey and they head back home for earth . So 2122 is whe n the first Alien film is set .

People seem to forget when Ripley is questioning Burke about sending the colonists to the ship she says " I just checked the logs signed Burke Carter J 6/12/79 So USA Date I'm assuming would be 12th June 2079.

I wondered the same thing and this is what I found when I cross-referenced Alien to Prometheus since Prometheus is a 'Prequel' to Alien.

Time and Setting
Most of Prometheus takes place in the last week of the year 2093, between Christmas and New Year's Day (the events on Earth take place in 2089) -- a full 28 years before the events in Alien.
Connections With Alien - Prometheus Wiki Guide - IGN

Therefore, the conclusion is that the Alien setting is in 2121 :)

I don't think there is a definitive answer.

2134 can be derived from the 2/17/34 date shown in Dallas's crew dossier in ALIENS (scrolling behind Ripley) for the departure of the Nostromo from "LNB-14 via the Solomons CT" (which seems to be another designation for Thedus.) Since Ripley drifted in space for 57 years, that would put the events of ALIENS in the year 2191.

Some fans and publications set the Nostromo misadventure in 2122 by taking a cue from a line by Ripley in ALIENS.

In the scene where Ripley confronts Carter Burke with her knowledge that he sent a "Company Directive" to the colony, directing them to inspect a location he suspects will yield something valuable, a location that turned out to be where sat the damaged alien derelict.

The setting was 2/17/34 (2134). This is sourced from the first 20 minutes of the movie Aliens. During Ripley's ass-chewing by the department, the screen shows the pictures of the crew one by one. The date 2/17/34 is displayed for the 2 crew members shown as (I'm assuming deceased). Others follow but not readable.

Ripley then yelled at Burke about sending colonists to check out the alien ship on 6/12/79. Considering the age of that actor I'm assuming that date wasn't too long before Ripley caught Burke. So there's two possible dates to consider.

Prometheus started New Years day, 2094. Considering the 2093 setting of Prometheus (prequel to Alien) the likely year for Alien is 2134AD. Add 57 years to that from Ripley's cryo-sleep and it appears the year for Aliens is 2191AD

Or the next century. Or the next. But Prometheus' setting was definitely 2093 for most of movie.

The Alien Universe Timeline website's "2069-2123" page places the events seen in Alien in 2122. This is based on the Flight Plan in an Alien DVD Easter egg, written by Charles De Lauzirika, who went on to produce the Alien Anthology and Prometheus Blu-ray sets.

The film Alien (1979) takes place in the year 2079 a.d. This is the answer because in the old Rolling Stone magazine issue about Alien in 1979, the screenwriters say that it is the 2070's on earth. Then the screenplay says that humanity is just beginning to explore the stars.

Also, in a Time and/or Newsweek article, Veronica Cartwright says that the film takes place, say, about a 100 years in the future. Director Ridley Scott also states that the film could take place any year into the future, but also, say, 100 years ahead.

What fictional future date makes more sense? 2079, or say 2122? In the film, the computer keyboard is like a 20th century's keyboard. Also 2079 makes sense with the still future machine gun technology of its sequel Aliens (1986).

Finally, 20th Century Fox, which made the films, officially went with the 2079 date for 20 years, from 1979 to 1999, before they officially changed their position on the year.

So, the best and most realistic official date for Alien (1979) is 2079 a.d. And therefore, one would have to reimagine the future date for the latest Alien film, Prometheus (2012).

19
Why did the Science Officer not get chosen for the mission to the alien spacecraft?
39
Does Alien actually pass the Bechdel test?
6
Exactly how much did Ridley Scott think the Company knew by the end of Alien?
13
Who created the Alien xenomorph?
5
Do aliens retain their hosts' memories?
8
How did the crew know where this character went, and where the Alien was going?
23
Is this a reference to the film Alien in the novel 2010 Odyssey Two?
2
In Alien 3, where is Fiorina "Fury" 161? (pre 2012 sources)
8
Alien (1979) - Why send humans to collect the Xenomorph?
14
Is there a connection between "Raised by Wolves" and the Alien universe?