Was Dawn created by altering reality or only memories?

My recollection of the revelation about Dawn's origin is that the Order of Dagon monks transformed the Key into human form and altered everyone's memories (and mundane records) so that they thought that she had always been Buffy's sister.

Are the comics reflecting altered memory? So in reality Dawn should be subtracted from everything that happens? (And a Dawn-centric comic like Dawn and Hoopy the Bear is fairly pointless?) Or did the monks actually change history, and Dawn really did (in this new timeline) exist at that point?

In No Place Like Home we see the monks desperately trying to keep ahead of The Beast for long enough to perform the ritual that will transform The Key into its later form. Here is the caption seen in that episode just as they are closing a large door that might slow The Beast for a moment (it doesn't). 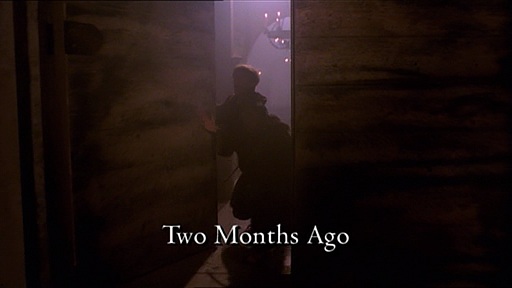 I suspected on seeing it that Two Months Ago was intended as a joke given the very medieval appearance of the monks and monastery (note the candle based chandeliers in the background). The film makers could've used the same set & costumes as seen in the ritual that confined Moloch to a book - which occurred some centuries ago.

OTOH it is a strong indication that whatever they did was purely memories. If the ritual changed reality, they would not have the key 'two months ago' and the entire attack would've been pointless. The moment the ritual succeeded, The Beast would have been transported to the place and circumstance that it was in, if it had not suspected the monks were holding it, which would be the case in the altered reality.

The Beast presumably kills two of the 3 monks and the 3rd escapes to America to warn The Slayer. But The Beast pursues him relentlessly, still thinking he may be of value in locating The Key.

In America, The Beast catches him & is torturing him for information. Buffy arrives and after an unsuccessful fight, cuts her losses and escapes with the monk. The Monk collapses awkwardly against a wall & they have this conversation:

Willow alludes to this again in a conversation with Tara as they are laying a protection spell around the Magic Box. Dawn passes by and wants to help, but they fob her off and she goes into the shop. Tara says something like "It's hard to think of her not being real", Willow responds "She's real, just ..new".

I don't have any canonical sources, but it seems to me that it must be just a question of memories. If the timeline was altered so that she had always been there, then surely she would have been born normally and not be the Key at all.

As an additional data point, there's the scene where she tells Spike about her first birthday in Sunnydale, where they rented the carousel but she had no friends to go on it. She adds something like: "But none of that really happened."

Although, in opposition to my first point, there's the fact that Buffy was compatible enough with the Key to be able to stand in for her at the end. So, maybe being born normally wouldn't have meant Dawn wasn't the Key. Er, I seem to have just contradicted myself.

Dawn exists prior to the insertion into Buffy's life. Not as a person, but the key exists.

The fact that Buffy is able to come to realize that Dawn isn't human is evidence that its not a change in the nature of the universe, but a wide-field change in memories and records. In other words, a localized effect.

That the substance of the key is manipulated from Joyce and/or Buffy is conjecture, but couple that to the classical magical theory of the "law of contagion" (an item becomes supernaturally like what it's kept with), and this serves to establish why Buffy is able to substitute herself for Dawn in the season 5 closer.

20
Why can't Buffy's mother know that her daughter is the slayer?
6
How did Buffy's glitch allow the First to enact its plan?
15
When was it decided that Willow would be gay?
8
Spike and Halfrek in Buffy
16
How do the vampires in Buffy know how to fight?
6
Did Faith ever undergo the Cruciamentum?
12
What happened to Drusilla that made her so weak?
41
Why isn't Buffy a star athlete?
4
In BTVS, does Joyce ever find out about Tara and Willow?
2
What happens between Buffy S5:E22 The Gift and S6:E1 Bargaining Part 1?